Easter may be over, your eggs eaten, or broken, and the long Bank Holiday weekend consigned to memory, but don’t worry, The Insider is here to light up, and heat up, your life. This month’s dance-floor distractions include brilliant bintang-fuelled edits from Bali-based Marc Roberts, on Moton, while Airport Society deliver a deep Detroit history lesson on Beretta Music. Eddie C pulls L.J. Simon out of Berlin`s shadows and into the spotlight for a 7” on Soul Clap. The legendary Orlando Voorn reboots his vast archive for Heist. Underground System capture their righteous, wild, live sound for Razor-N-Tape. Manuel Tur releases his 10th (!) E.P. on Freerange. Retromigration turns in winner number 2 for Wolf Music.

All words and selections by our four-to-the-floor expert, The Insider. 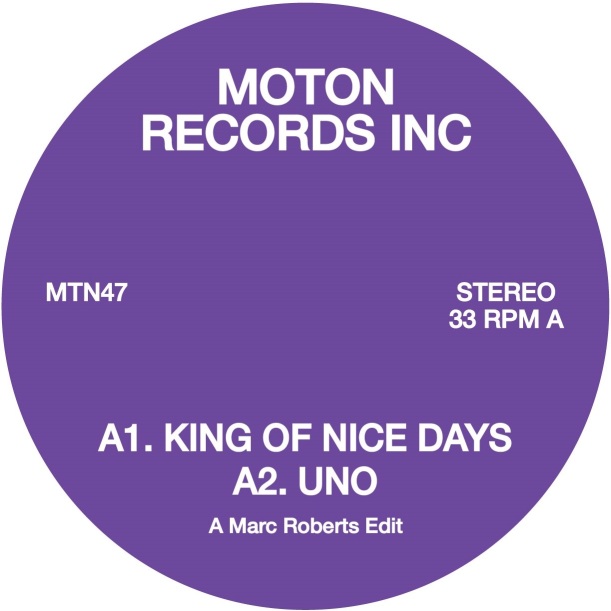 Faith stalwart Dave Jarvis, and X-Press 2’s Diesel have been kicking around West London together for more years than I care to mention, and their long running re-edit imprint, Moton, has been slaying dancefloors with rare oddities and dubby disco gems since 1996. Releases have come from disco god Harvey, back in the early days, and the inimitable Idjut Boys, with a host of leftfield, soulful, wonkiness. New to the fold, Bali boy, Marc Roberts – who’s been floating around the industry for probably as long as the label – delivers four well tweaked cuts for the imprint’s forty seventh release! Roberts takes listeners on a global jaunt from London to Rio via New York. Tried and tested out on the beach bars of Bali, these Bintang-fuelled edits fit perfectly into the highly collectable and off-centre Moton Records universe. 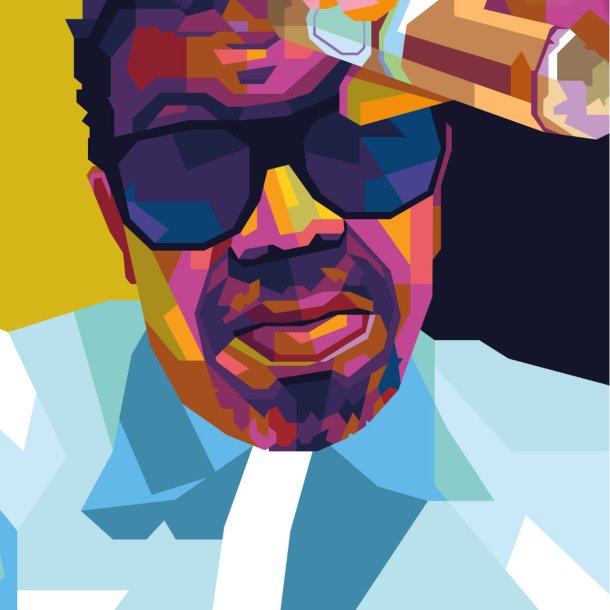 Motor City duo Ryan Sadorus and Brian Kage are Airport Society, a newly formed production outfit born out of a twenty-year friendship that started at an open mic night in a Detroit bar. Back then they formed the label, Beretta Music, and were part of the launch and development of several key careers – such as those of Seth Troxler and Ryan Crosson. Beretta hosts all things deep and Detroit, and Airport Society don’t stray far from this brief. Life Like features the vocals of Demetrius Carrington, the owner of two of Detroit’s most influential underground club spots. From his front row seat, he’s been instrumental is shaping the nights that played out the sound of this industrial city. The song spreads an uplifting message with Carrington`s powerful voice floating on top emotional strings and classic house beat. Kage remixes the original into a deeper space joint reminiscent of those legendary nights at the D-town warehouse parties.

The DJ`s DJ, Eddie C, hails from Canada, originally, and has been making delightful disco edits out of rare and obscure gems from his bottomless disco crates. Always soulful, always deep, and downtempo, the king of slo-mo Balearic disco jams has done it again! Stepping out on Soul Clap Records, the now Berlin-based, internationally adored DJ and producer, shines a light on fellow Berlin talent, L.J Simon, on this super-special pair of dance-floor beauties. It’s a limited edition 7”, and the tracks benefit from a sexy, sleazy vocal from Algerian singer, Idriss. The production trio striking gold with this hazy sunshine stunner. Grab your straw hat and your sunscreen, and head to the tiki bar for a cocktail to enjoy to this totally Balearic summer treat. 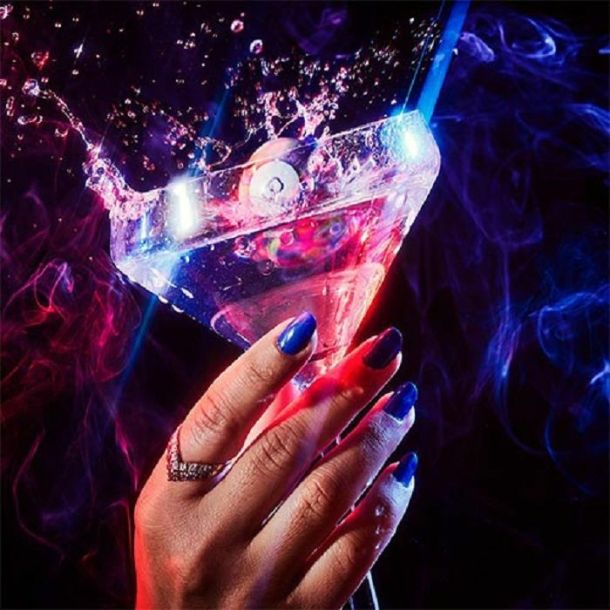 Dutch DJ and producer, Orlando Voorn, has been making electronic music since the 90s. Many say he is the unsung hero of the techno scene, as he has paved the way for countless artists to come out of the Netherlands techno scene. Building a bridge between his home city and Detroit via his countless productions under a thousand monikers, including his work with Juan Atkins, and with Blake Baxter as the Ghetto Brothers. Voorn has released on KMS, Rush Hour, and Clone, and this time links up with his hometown homies, Maarten & Lars of Heist Recordings, to deliver his Mastercuts E.P. This collection sees Orlando dig down into his archive pulling out a couple of 90s bombs, fattened out with a 2022 remaster. Be With You is all about original beats coupled with some highly intelligent sampling, making this track burn bright through the night. Love Feelings first saw the light of day back in 1996. It’s a dreamhouse cut that, even though it`s 25 years old, still hits the spot every time. Tenderness comes in two versions, the OG with its 90s garage groove, and the Late Nite Dub, that drives down on an infectious deep house groove. One for the heads… Oh yes! 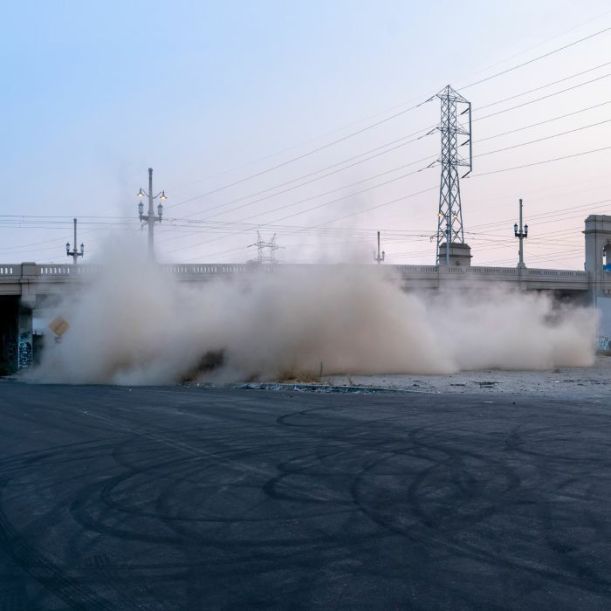 UNDERGROUND SYSTEM / INTO THE FIRE / RAZOR-N-TAPE 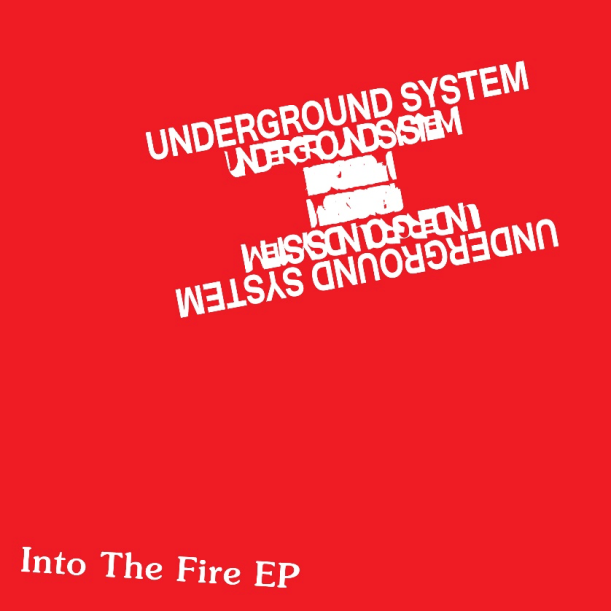 Five-piece outfit, Underground System, are one of the most dynamic acts to come out of New York City this decade. The band has crafted a sound that blends hi energy funk, afro beat, nu disco and soulful South American vibes, putting them in a category all of their own. Stepping up next on Brooklyn disco imprint Razor-N-Tape, in partnership with cult French label, Heavenly Sweetness, to distribute. There are three original cuts on this collection that range from the smouldering Latin-house joint, Desnuda – both in its original form and with a remix from French disco don, Yuksek – to the flip, where Detroit god, Andres, has a go at the title track. This E.P. showcases the incredible live act`s global vision, while the label flexes it`s A&R muscle on acquiring some quality rerubs.

Manuel Tur is no stranger to Freerange as he steps forward for his tenth release on the label. He’s been putting put out music on some of the most influential associations in electronic music over the years – Poker Flat, Permanent Vacation, Drumpoet, Mule Musiq, Ovum, DFA and Innervisions – so his Discogs looks more than impressive! Love Me Well is comprised of three tracks that cross deep house sub-genres. From the emotionally charged groove of Love Me Well, to the more subtle and delicate Paperasse, and the spaced-out disco vibe of Touch Move. Tur’s deft hand is felt throughout each of these cuts. His sound is as fresh in 2022 as it ever was. There’s brilliance in being able to incorporate restraint without overproducing. Manuel is the teacher, and  class is very much in session.

Amsterdam man of the hour, Malik Kassim, aka Retromigration, is next up on Wolf Music, with his second outing for the label. The new E.P. is comprised of six classy-as cuts which again showcase his nu-jazz, hip hop-leaning, effortless deep house swagger. Catching the ears of all the heads, he’s dropping banger after banger on labels like Handy Records, Healthy Scratch, and Ravanelli Disco Club. Moving through the deliciously deep Hafenluft, to the sexy summer sizzler, Mad Fox. The flipside turns the lights down low on Disk Yard and Nur Wir, where you can feel the Dilla-esque inspo. This E.P. is full of jazzy, loopy vibes that are complex, yet at the same time simple, with clever melodies that move from the noodly to more of a heads down gentle rave. Could this be the one that makes Retromigration pop? It just might be.