Long-running label, Moton Records Inc., have a new 12 in shops – where they’ve enlisted assistance from Marc Roberts, founder of the Bali-based Pantai People. I thought that this might be a good time to take a trip through the London imprint`s back catalogue, and list a few personal Moton moments…Now, I know the subject of unlicensed re-edits is a very thorny one, but back in the days before online forums, marketplaces, and stores, labels such as Black Cock, and Moton, were not just delivering floor-filling dynamite – re-edits, of course, have always been an essential, central, part of underground dance culture – but also an education. Uncovering stuff that previously only heavy disco dons and gurus were privy to. 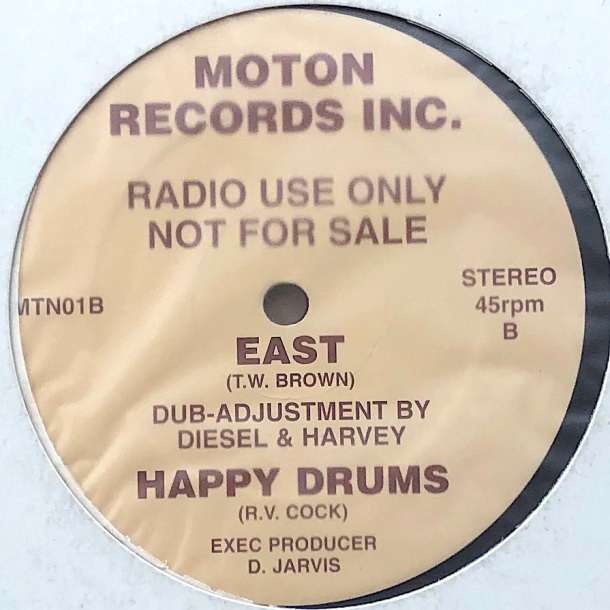 I’ve online bantered before about why this was / is such a big tune for me. It`s one of those songs that sonically signposts a particular time, a crossroads, a turning – or tipping – point in my life. Suffice to say that it was Gilles Peterson, during his Sunday evening residency on Kiss, who hipped me to it, and Nick Huggett – a fellow Croydon boy – then working the counter at Mr. Bongo on Poland Street, who did the honours, and as if by magic came up with the goods. When I went into the shop, asking after the tune, he said something like, “That`s funny, a bloke`s just dropped a box of these off.” Bolstered by beefed up drums and percussion, on the flip there`s a live dub that fires phased and echoed fragments of the original song through this new battery. One for the hardcore / headstrong.

Bumped along by brass blasts and a proud, punchy b-line, taking in Mardi Gras cowbell and congas, and celebratory Copacabana salsa piano, really it`s the brilliant lyric that sets this track apart. Recounting a first-person narrative where a smooth talking old fame gets seriously blown out. Where “I hope you’re not still sore”, gets quickly followed by, “Would you like a drink and maybe dinner too”, only for our “hero” to be promptly knocked back. It`s disco comedy gold, laugh out loud funny, although by the end he does sound genuinely angry and pissed off at getting the bum`s rush. 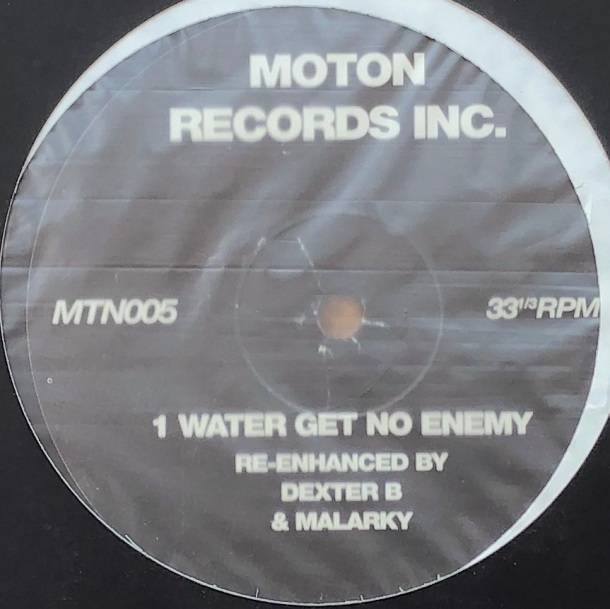 I am eternally grateful to Moton for introducing me to this sublime, spiritual, almost modal afrobeat shuffler. When its main riff explodes, for me its right up there with Pharoah Sander`s seminal, You’ve Got to Have Freedom, as far as joyous, uplifting jazz-dancers go. Over the course of 11 minutes, swinging between solos on saxes and a variety of keys, Fela invokes a Yoruba proverb to remind folks of man`s insignificance and the true nature of power.

While on the A-side, the Moton version does little more than boost the bass, just like the Billy Paul 12, it`s flipped by a significantly shorter dub, where the horns get looped, twisted, “mutated”, and sucked inside out. 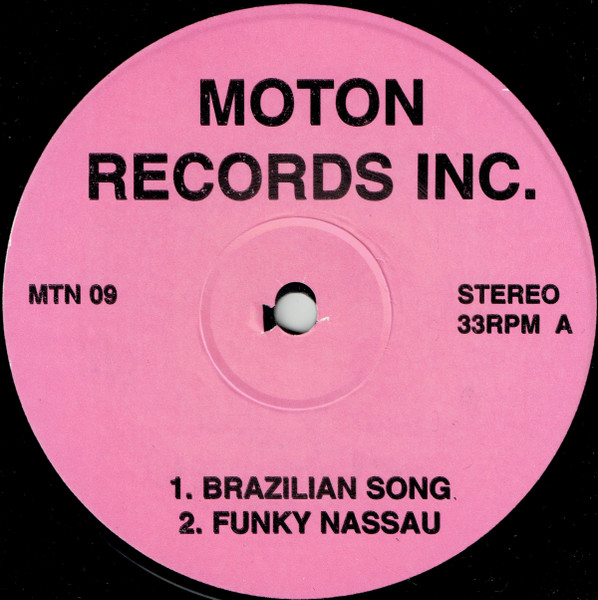 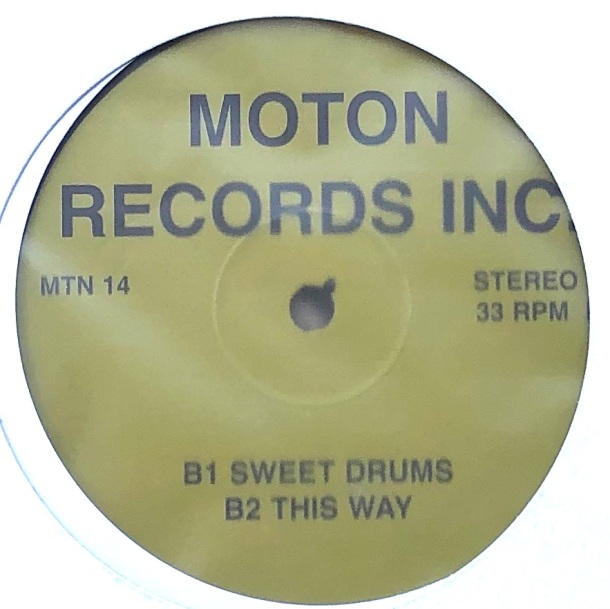 Remixed into disco and house history by two legendary duos – Boyd Jarvis & Timmy Regisford, and Bruce Forest & Shep Pettibone – in 1986 (Bruce has a brilliant story about finding the master tapes in a plastic carrier bag), the Moton mix takes a tiny snippet of keys, and vamps on this for 5 or 6 minutes, backwards and forwards, forwards and backwards, before knocking your socks off with the strings. An emotional eruption to equal Black Science Orchestra`s update of The Trammps` The Night The Lights Went Out, I always assumed it was the Black Cock chaps – DJ Harvey and Gerry Rooney – behind this (see also the edit of Tenderness on Noid), but perhaps more logically it might have been Ashley.

NYC renaissance man, Dennis Kane, reconnects to The White Isle of the early `80s with a high-camp hit of heel-stamping, hand-clapping, castanet-clacking, flamenco-flavoured Euro-disco. Cutting together two different tunes, excising the cheesier chunks, and building the combined drama into an uber-Balearic epic.

When this one came out I`d just moved to Japan. The enormity of my decision in full dawn. How the fuck would I ever get back? In a panic, my OCD manifesting itself big time (that first year in Tokyo I ended up – a la Alan McGee – with duplicates of everything), I got my nerdy knickers in a proper twist – thinking that I`d never be able to locate this 12 in The Land Of The Rising Sun. It would be gone. What would I do? I was emailing mates back “home” – like Emotional Rescue`s Chuggy – asking them to secure me a copy ASAP. I needn’t of worried. In those days you could find everything, and I mean everything here. Shibuya in particular was a diggers paradise. Shop walls adorned with promo 12s of Loft classics that I never knew existed. Pretty sharpish I wasn’t only buying, but selling. Right now, however, with a skeleton service of international flights and tourist doors still closed, it`s a very different story.

On their earlier releases, Moton`s “disco-adjustments” could sometimes be difficult to discern, and the 12s arguably simply straight bootlegs. However, later outings saw them elegantly extend rarities, such as this jazzy afro gem. A joint that juxtaposes a gentle groove with mad, Moog-y, sing – and shout – along sections. 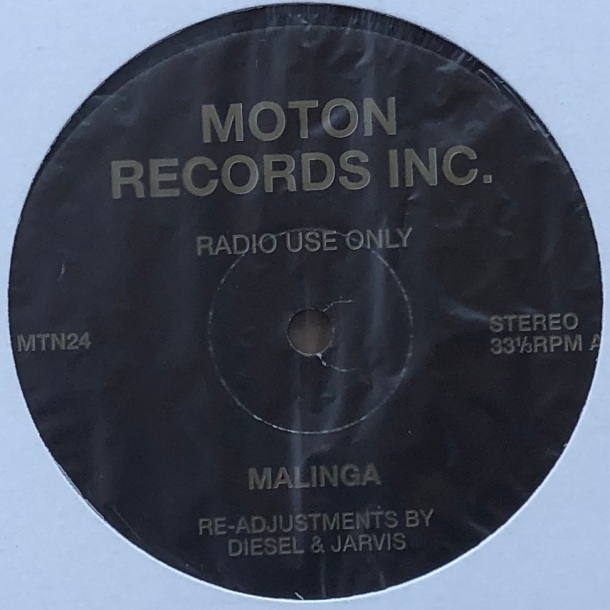 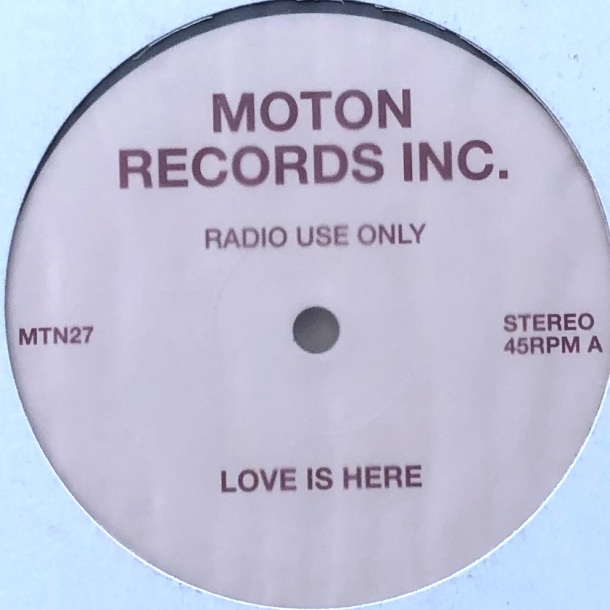 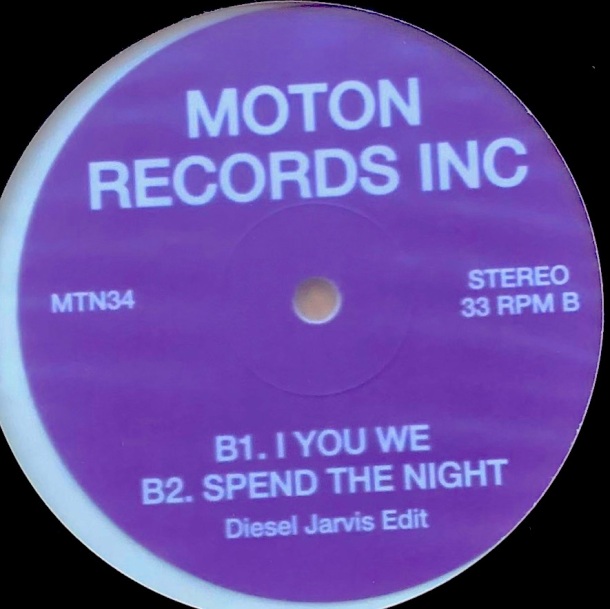 This smooth soul / funk, brassy big band construction is proper acid house / Balearic backroom business, that boasts a strong, strong, vocal. The seamless extension transforming the tune from something understated into an anthem. 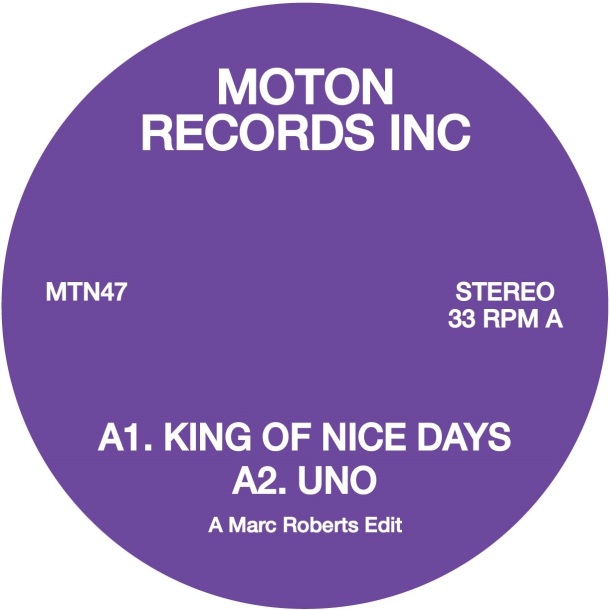 King Of Nice Days takes the aforementioned King Errisson track, and harnesses all the familiar OG elements to a robust 4 / 4. Perhaps in homage to Moton herself, its a disco delight turned disco`s revenge. Two tunes on the new E.P. head back to Brazil. Maia Amor is a swirling, orchestrated boogie, that patiently holds onto its horns for a soaring, solo-filled finale, while Star Max is a sultry, sophisticated serenade that sounds like Steely Dan covering Michael Jackson`s Billie Jean. My personal pick, though, is UNO, which has Marc teasing his way through a forgotten album track by troubled troubadour, John Martyn. Reconfiguring the song – cut from the same perky pop cloth as Chris Rea`s Josephine – as a chugging, mid-tempo, bona fide loved-up Balearic Beat.

Marc Roberts` E.P. is out now, on Moton Records. You can find copies at Juno and Phonica. If you’re in Japan, Strada are taking pre-orders.