I talked to Richard Barratt, aka Parrot, the pioneering producer – and former pioneering DJ – a couple of times recently. The first was a catch up with his current projects Crooked Man and Athletes Of God – which you can find here. The second was focused on the recording of Sweet Exorcist’s Testone – the piece of music that arguably defined “Bleep” as a genre – for a Landmarks feature in Electronic Sound. That article has now been published, in Issue 95, so to try to help give the magazine a push, below are some extracts from the interview that didn’t make the 1000 word cut. Here Richard talks a little more about the influences that fed into Testone. I also asked him for his own, personal, big Bleep tunes.

So, please, talk to me a bit more about Testone, the track you co-produced with Richard H. Kirk. Bass is so central to that track – like its lead instrument – as it is with all the music that Richard went on to make, and the music that you continue to release. How much of an influence was reggae sound system culture? Were you going to blues dances and sound clashes? Did this have any impact on Testone? Isn’t Robert Gordon, the legendary engineer, who was at FON Studios, very active in the local sound system scene, building boxes, etc.?

Robert was a true soundsystem scientist. He had his own, almost martial, stepping 909 rhythm that debuted on The Forgemasters’ Track With No Name, and which very confidently bestrode the space between Reggae and 4/4 club music. He and West Yorkshire Bleepers like Unique 3 and Ital Rockers were far more representative of a crossover point than Sweet Exorcist. There’s not a great deal of dub science going on in Testone, or much in the way of dub at all. The mix is quite stoney and dry. Not aggressive, but a little bit in your face.

I do think that, even away from the explicit links made real by Robert, or folks like Tuff Little Unit, club music in general was being increasingly influenced by reggae. Plenty of the House records that’d been popular around the North and Midlands for the previous 5 years or so were often not much more than drum machines with a bassline, and electronically made dance music in general sounded spacious and stripped back, in comparison to stuff made in the disco / jazz-funk era. Lovers-influenced Streetsoul was truly massive. The drum and bassification of dance music was already well underway by 1989.

Richard, it should be said, was far more into reggae than I was at that time. He lived right around the corner from the friendliest blues in Sheffield, and he and Mal (Stephen Mallinder) had been lovers of Jamaican music since being teenage skinheads in the late `60s / early `70s. They’d stayed in touch with developments in the music, and had far more knowledge of the form than me. Other than the odd thing, I didn’t start buying dub reggae until the `90s. Getting super enthused by dancehall and then working my way backwards.

As an aside, to my mind the key dancing element and real rhythmic driving force of Testone is the 808 percussion part. That’s what glues the track together whilst simultaneously pushing it forward. Kirky did that, not me!

There were certainly records based around rough-arsed bleeping, The Theme by Unique 3 being the big one around our neck of the woods.

The sound is neither Chicago, nor Detroit, but I’ve always wanted to ask, were the records on Toronto’s Bigshot an influence?

We all loved Bigshot. Especially Robert, which was unusual as a lot of their releases contained lots of singing, and Rob wasn’t right big on vocals! I think he just had total respect for the raw but crisp production. Quite right too.

How much of an impact did the success of Testone have on the label Warp? It was their first release, did it immediately establish them, and provide them with some security to sign other folks and experiment?

It wasn’t Warp’s first release, that was Forgemasters` Track With No Name… and they also signed Dextrous from Nightmares On Wax, which had been a big Jive Turkey record on Nightmares’ own Poverty label. So Testone was WAP 3. The record that really made folks take notice of the label was their fifth release, LFO’s LFO. What Testone did for Warp was to give the music a name, which is always going to be well handy when you’re launching a new label.

What was your reaction to the “Bleep” records that followed in Testone`s wake? Would you be able to give me some of your own favourites?

I don’t actually think Testone was all that influential. It was just a strange little tune that sounded a bit different. The more directly reggae-influenced tracks were far more of a pointer to the future of UK dance music.

None of these listed records were “copying” Testone, they were just good tunes…

Unique 3 / Weight For The Bass 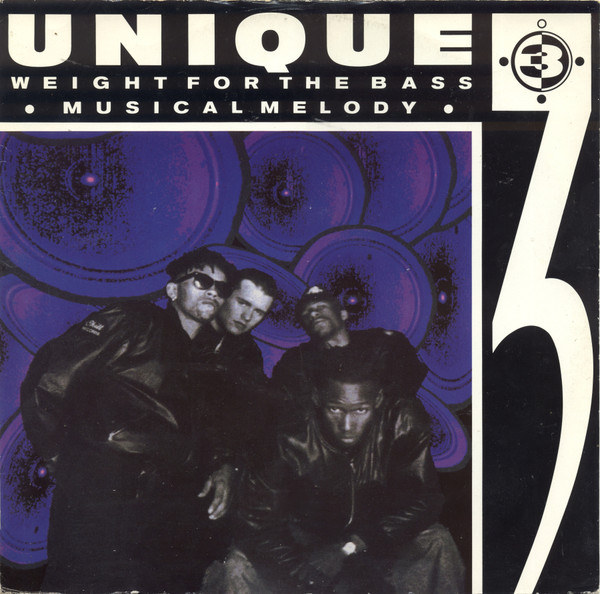 Parrot’s Landmarks interview on Sweet Exorcist’s Testone can be found in  Issue 95 of Electronic Sound.