The “Digging” of Arthur Russell plots a course through my life “Post-Techno”. Post 1994. Post gear. Days spent in Reckless Records. Both on Islington`s Upper Street and Soho`s Berwick Street. Where I traded in thousands of sides of vinyl for credit. Binning all my Italian Scream-Ups, Progressive House and Trance. In an attempt rid myself of their emotional baggage, memories of bad habits / behaviour and make a fresh start. Everything from 1991-94 went. I`ve bought a few things back. But not many. I used the credit to speculate on classics from genres that I`d neglected as I`d descended into amphetamine-fuelled lunacy. Jazz, Funk, Disco and Hip Hop. I picked up Bonzo Goes To Washington`s 5 Minutes because I remembered it from a youth spent breakdancing. A Ronald Reagan-sampling alias of Talking Heads` Jerry Harrison. Chopped and channelled by Arthur Russell, and released on Sleeping Bag. The label run by Russell and Will Socolov. But this info went un-noticed. Go Bang #5 was also on Sleeping Bag. Arguably the best “Leftfield” party record ever made. But I made no connection. Dinosaur`s Kiss Me Again I “bought” because it was expensive. Its price indicating that other people wanted it. I assumed it must be good. With the amount of credit I had it was like getting it for free anyway. A recording conceived on visits to The Gallery, on NYC`s Houston Street, and produced with the club`s legendary DJ, Nicky Siano. Like Is It All Over My Face, and another Siano co-production, Felix`s Tiger Stripes, its an over-excited jam of idiosyncratic percussion, clipped guitar chords and the horns of Peters Gordon and Zummo. Live and non-linear. Grooves so tight they`re loose. Played like the wheels could fall off at any moment. The same kind of “loose” you can hear in Sun Ra`s Arkestra. Practiced, practiced, practiced. There`s another Talking Head, David Byrne, on board and it almost morphs into Psycho Killer at the end. Around the same time I was in Mr Bongo on Poland Street, when Mixmaster Morris was insisting that Arthur played uncredited keyboards on Remain In Light. Arthur, Byrne, Gordon, Harrison and Zummo were all members of The Flying Hearts. Beechwood included Lola`s Wax The Van on their Balearic Mastercuts comp. Alongside Chris Rea, Tullio De Piscopo, and The Blow Monkeys. It had me frothing , “How can it be a Balearic Classic if I don`t know it?” Chugging perfectly at mid-tempo. Percussive with cute vocals, and ever so jaunty keys. How could I not know it? I still wasn`t joining those dots. Ross Allen spun Indian Ocean`s School Bell / Treehouse on the radio. When I bumped into Ross at the Social on Little Portland Street, I asked him about it. Since the tune`s strangeness had stood out so much. Sounding like House with the rigidity of a 4 / 4 kick drum removed. He told me he`d found it – stepped on it – on the floor of record dealer, Mark “Resolution” Rez`s Brixton pad. Who said, “What this?” and just given it to him. I got my copy from Honest Jon`s in Ladbroke Grove. I heard Andrew Weatherall talking on XFM. Discussing his Nine O`Clock Drop compilation. He mentioned a couple of numbers he`d wanted to include but didn`t get. One of them was Hold On To Your Dreams. Recorded by Jah Wobble, Holger Czukay and U2`s The Edge. Produced by Francois Kervorkian and written by Arthur Russell. The reason he hadn`t managed to secure the tune was because King Britt had put it on his Inspirations Volume One. Which I of course went out and bought. Then Ross had Coldcut guest on his show and they played Let`s Go Swimming. From there I was hooked. I became obsessed with this record. The Puppy Surf Dub still sets me off. Crazy keyboard stabs and a delirious euphoric energy. As ecstatic as a continued climax. The 12” wasn’t so easy to find then. I still don`t think the original`s common place. Instead I found a guy on eBay who sold me a bootleg. We kept in touch and he also later sold me a boot of In The Light Of A Miracle. He said “Can I ask you something? What is it that you and so many others like so much about Arthur Russell? I sell these things, but really don`t get it. I`m intrigued to know.” I came out with a now cliched line about how Arthur`s music sounded so intimate. So personal. Close mic`d, and accompanied only by cello, put through multiple effects. Wordless chants and sighs. Arthur sang such happy songs in such a sad way. Sung as if to himself in the shower. Fragile and shy. Lyrics like poetic journal entries. Spontaneous, simple and uncomplicated. All concerning love, and new love in particular. Arthur complied to that “beat” thing. Kerouac`s “first thought, best thought.” He hung with Ginsberg in San Fran. Recording mantras. He was one definition of Dream Pop. Where Downtown`s art and avant-garde went dancing.

Back on Berwick Street, Andy Williams of Fuzz Against Junk sold me a copy of World Of Echo for 30 quid. Fuzz Against Junk were signed to Nuphonic. A label at the heart of London`s rediscovery of Arthur. Putting Loose Joints and Dinosaur L in their The Loft box sets. Arthur`s That`s Us / Wild Combination on a sampler, that promised a bigger focus on his work. Nuphonic unfortunately folded in 2002 before that could happen. But one of the label`s founders, Dave Hill, took the idea to Soul Jazz. Their World Of Arthur Russell remains the best place to get an overview of Arthur`s music. A 12 of Pop Your Funk preceded the collection. A muse of mine flipped for its Punk innuendo. Probably recognising it as one of the roots of her beloved LCD Soundsystem. Moving to Tokyo, the lovely Yozo at EAD Records serviced my obsessions with Powerman`s Lost Tribe. Arthur`s strings scratching and scraping and droning all the way through the otherwise Electro. When Harvey`s old spar, Marbo, decided to go digital and sell his vinyl, I came away with a legit Talking Loud promo of In The Light…. A celebration of brass fanfare, cowbell, handclaps and voices coming in from everywhere. Hypnotic whistling refrain. Cuicas squeaking. Ginsberg back on rap. Arthur and Elodie Lauten reimagining Go Bang as a Buddhist prayer.

In 2004, Rough Trade pulled Calling Out Of Context from Arthur`s archives. Containing the brilliant bi-curious gem, Getaroundtoit. Since then, aside from Arc Light`s vinyl edition of Another Thought, Audika have been overseeing Arthur`s musical estate. Remastering, and compiling. The minimalism of Instrumentals. Realised with the help of those Flying Hearts. The Alt. Country demos on 2008`s Love Is Overtaking Me. The latter being the closest thing I`ve heard in Arthur`s catalogue to The Necessaries` Event Horizon. A set of New Wave Power Pop from 1981 now reissued by Be With Records, that features Arthur on cello, keyboards and vocals. The LP mixes elements of Disco with distorted guitar, a la Yoko Ono`s Walking On Thin Ice. Adds thudding electronics and bits of Devo. Encompasses Springsteen-esque ballads, and dubbed out Rockabilly. Arthur in duet on Sahara. Taking the lead on More Real, Finish Line, and the almost Motorik, Driving And Talking At The Same Time.

The Necessaries` Event Horizon is released today on Be With Records. If you`re in London, there`s a launch party tonight (Friday September 15th) at Brilliant Corners, with a great DJ line-up, that includes my old friend Tim Hayter. Tim without a doubt knows more about Arthur Russell than anyone else I`ve ever met. It was Tim that first played me obscurities like Peter Gordon`s That Hat. 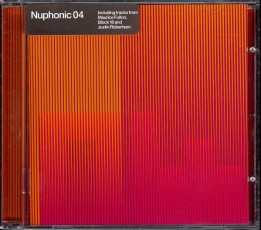 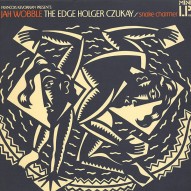 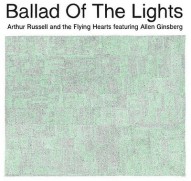 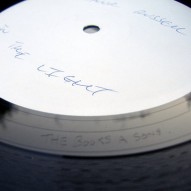 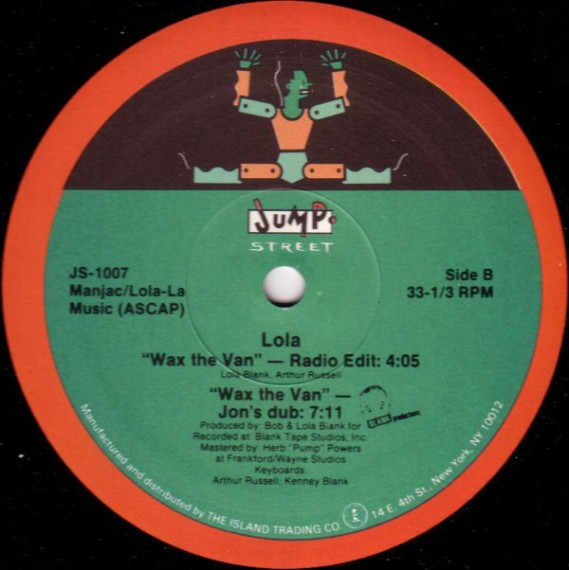 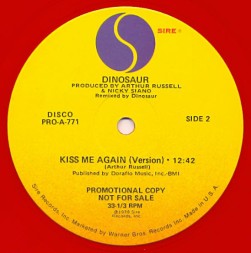 Arthur Russell – Sketch For The Face Of Helen (extract)

Jah Wobble, Holger Czukay, The Edge – Hold On To Your Dreams

Arthur Russell – In The Light Of A Miracle