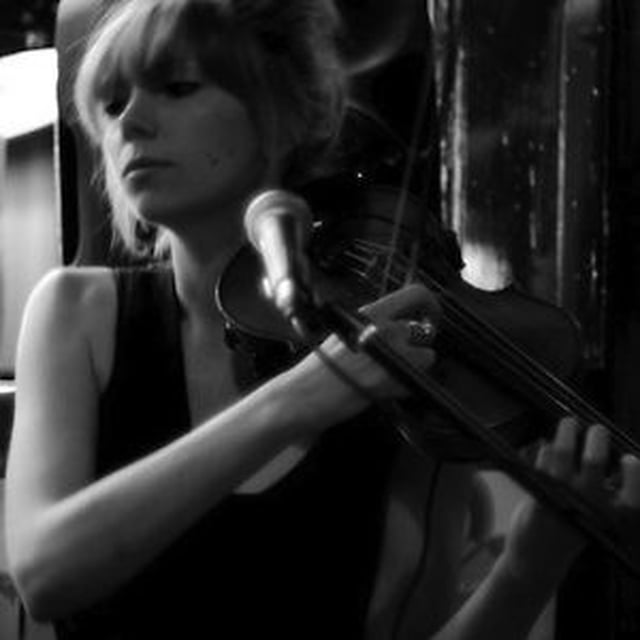 Poppy Ackroyd`s first long player for One Little Indian finds the young composer expanding her sound. Moving away from pieces solely for piano and violin, to include a small ensemble of players. Jo Quail on cello. Mike Lesirge on clarinets and flute. Manu Delgado on steel-tone hang drum. Musicians whose CVs contain collaborations with Bjork, Bonobo and Anoushka Shankar. Their instruments, here, sampled and processed into a Post-Classical chamber orchestra. Of brass resonance, drones, and gentle gamelan-like rhythms. Strings that summon the Resolve of the album`s title. As if soundtracking a move away from a wrong or hurt. Wine glasses ring like bells. Harmonium and spinet keys hit like rain against a window. Music like weather watched from the warm inside. With playful inventiveness that recalls the Penguin Cafe Orchestra. Compositions that sit alongside the rosters of Erased Tapes and 130701. Artists such as Olivier Alary, Artur Arnalds, Dmitry Evgrafov, Nils Frahm, Hauschka, Max Richter, and Johann Johansson (RIP). 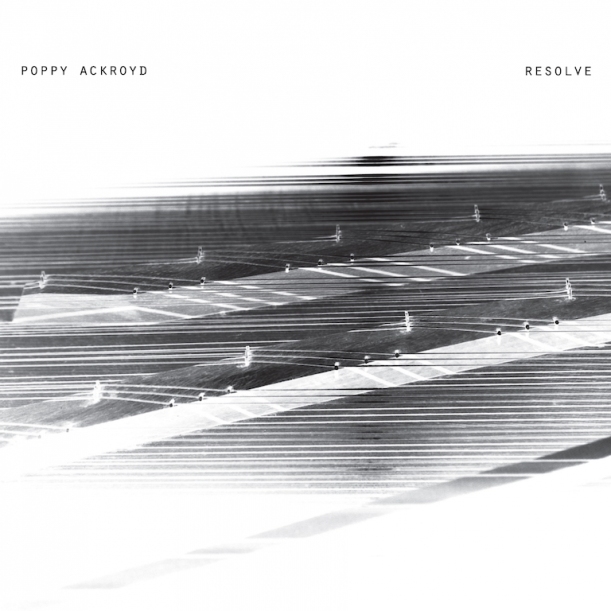 I`d been playing in bands and performing for a few years before I started to make my own music. I started composing when I was approached at the same time by two different artists, a dancer and a visual artist, and asked to create soundtracks for their work. I found working with other disciplines very inspiring. From there I started to write alone and created my first album soon after.

The press release mentions you studying both contemporary Classical and electronic artists. Could you tell me any pieces, or artists, from these genres that have been of particular influence on your work?

I studied music by contemporary classical artists, and specialised in the performance of contemporary modern piano works. Studying a collection of pieces by Gyorgy Kurtag called Splinters kind of changed my life. Until then I`d been playing mostly romantic pieces, but then suddenly I was really excited by more modern repetoire that at that time was very new to me. Works by Helmut Lachenmann and Takemitsu also had an influence on me. At the same time I was listening to more electronic music – people like Aphex Twin, Amon Tobin –  and playing in many different live bands. I think the combination of all these things has led me to where I am now.

For me, much of Modern / Post-Classical music, perhaps because its method is rooted in the past, seems weighed down with nostalgia – the pain of remembering – and melancholy. But yours seems full of light. Acknowledging today. Rather than dwelling on yesterdays. A big part of this are the tapping, tick-tock-ing rhythms, that lend the music an urgency, a drama. Can you tell me why you started adding the rhythms to your compositions? Can you tell me how you generate the rhythms? What inspires them?

I am a firm believer in looking forward. Nostalgia is not something that I embrace.  I`ve always loved rhythm and movement. I like to have the feeling of a pulse and drive in music. It is hard to say what inspires the rhythms, or why I added them in the first place, as it`s just something that happens very naturally for me. I create and record sounds from the instrument, working generally with the piano frame for the majority of the sounds, and then I start to arrange and build with them. I move things around, change the balance, and add effects until everything sounds right to my ears.

Your compositions are based upon the sampling and processing of sound. Do you think you would ever produce music that is totally electronic / digital?

It`s something I have been thinking about. I`ve done three albums where all the sounds are from acoustic instruments and I now have a strong instinct to do completely the opposite. The difficulty is that I have spent many years learning these instruments and how to make them work for me. It is a challenging thought to start back at square one with something new. Saying that the idea of doing something different is also very tempting and exciting!

Resolve is about the personal strength that we find in difficult situations. I have found that the more challenges in life one has to deal with the stronger we become. I`ve chosen to embrace and celebrate this positive strength that comes from life’s negative situations.

Why bring in guest players?

I wanted to increase the sound palette available to me, having worked with exclusively keyboards and strings on the first two albums I wanted to incorporate other instruments that could give me another dimension. Tuned percussion and woodwinds have added new elements to the sound world for this album.

Your compositions are built from samples but do you plan to perform Resolve live as a group?

For now I`ll continue to perform solo, using Ableton Live for live looping, samples and effects. In the future I would love to explore arrangements with a larger ensemble. I`m still thinking about how this could work best.

How did you become involved with The Hidden Orchestra? Musically, how does that project differ from your solo work?

Joe Acheson, Tim Lane and myself became very close friends at University. We`d already played together in another band but when Joe started writing his own music we started playing for him. Jamie Graham joined us quite soon afterwards. Hidden Orchestra is Joe’s studio project. He creates all the tracks alone in his studio and we come in only to record parts for him, and again at the end to work out how the tracks will translate into the live show.

I wanted to ask you about soundtracks? Can you tell me some that you`ve worked on recently?

Most recently I collaborated with animator Ainslie Henderson on an animated short called Stems – a eulogy to the short life span of stop frame animation puppets. Each character is personified by a different musical layer in the soundtrack.

Resolve is available as digital, CD or vinyl, directly from Poppy here.