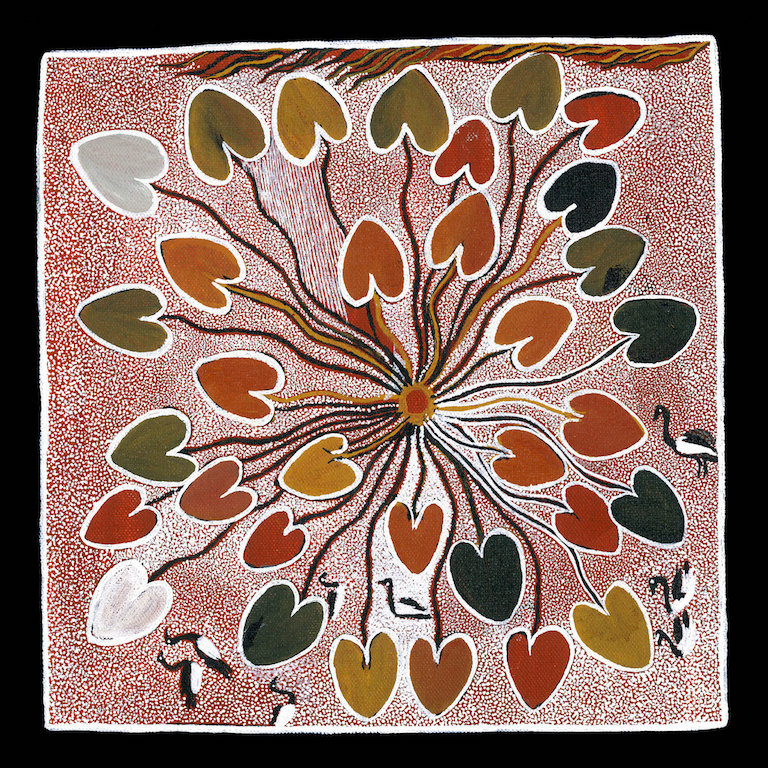 This is a special record.

One of the games I get my kids to play on the drive to school is to guess the country of origin of the music they are listening to. They are regularly “treated” to Balearic Beats from France and Italy. A ton of stuff in Portuguese. Occasionally caught out by something in Japanese. I knew this one would be impossible to get. There`s no way you could place the voice, if you hadn`t first seen the press notes.

These are traditional pieces in which I can hear similarities with Iuke Asazaki, Nusrat Fateh Ali Khan, Ayub Ogada, and Anuradha & Kavita Paudwal`s reading of the Gayatari Mantra. Anna Homler`s Bread Woman, and Laraaji. Evidence that we were all once one. That song existed before continental drift. Devotionals proving that we are all the same. Hindu, Shinto, Sufi, and Lou. Even if the gods we worship may have changed.

Personally this music triggers a centre somewhere in my brain. Instantly filling me with calm. Removing anxiety. Expelling distractions. Worries about nothing. Providing me with clarity. A sense of well-meaning and understanding (love?) towards my fellow human beings. Reminding me that music was the first medicine. Its effects not specific to any tongue.

It`s not until the introduction of a didgeridoo on the penultimate, Gandi Bawong, that you`d feel confident in saying, “Australia.”

Waak Waak Ga Min Min is a collection of songs that contain the stories of the Marangu and Malabirr clans of Australia`s Northern Territory. Words sung to creation spirits in Djinang and Gannalbingu. A dreaming of cockatoos, crocodiles, crows, and geese. Honey bees, long-necked turtles, magpies, and spiders. Rainbow serpents, water lilies and palm trees. The sounds of the bush. The set recorded in 1997 combining Aboriginal culture with New Age synths, gentle marimba-like keys, and acidic squiggles. The album`s available to pre-order on Noise In My Head`s reissue imprint, Efficient Space.