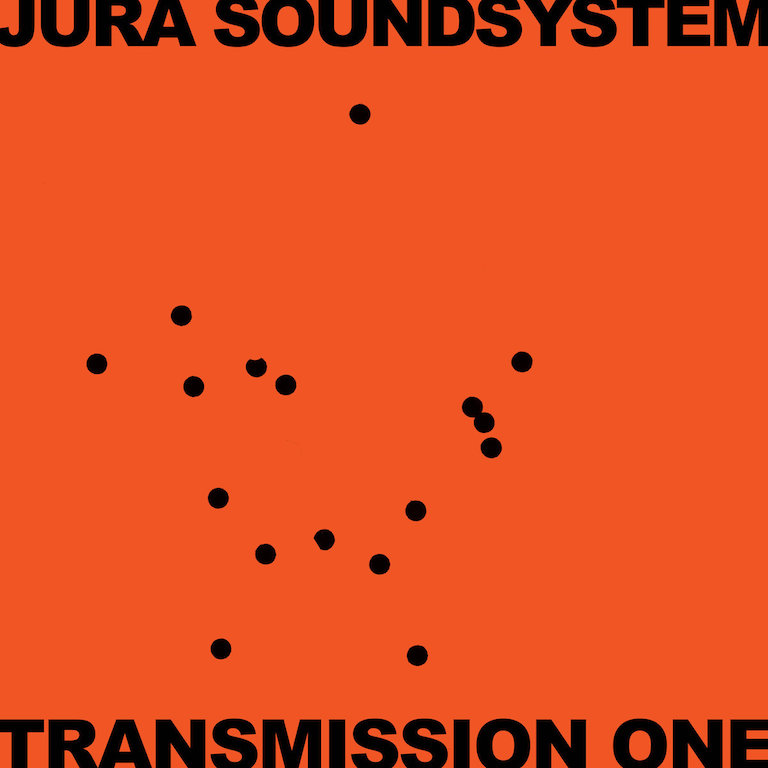 Two years ago, Australian label, Isle Of Jura, seemed to appear out of nowhere. Veiled by the mystery of their KLF-mythos checking moniker. Reissuing big titles, that I`d assumed no one had touched because their licensing was impossible. Giants from the genres of New Beat (Chayell), and Electro-Boogie (The Voice Of Q). Cosmic classics, like Escape From New York`s Fire In My Heart. Loft favourites, such as Holy Ghost Inc.`s Walk On Air, and Ozo`s Anambra. Brian Bennett`s break-filled Library Music benchmark, Voyage. Having recently launched off-shoot, Temples Of Jura, for new music, Isle Of Jura are now set to release their first compilation.  Jura Soundsystem Transmission One collects nine obscurities from a diverse range of locations and time-frames:

21st Century Kosmische from Netherlands` Smackos. Ambient-Soho-affiliated, Astral Engineering`s heavyweight Dancehall Dub, from mid-1990s Brighton. Sampled surf cooling its hot bass-line. Hip Hop, with big drums, and big strings, from Sweden`s Blindboy. Lifting another track from 1999`s Ruckus In Lo-Fi (the same E.P. that spawned the Mark Seven-playlisted, Archeo-reissued, I Dream). There are `70s Library flavours. Trevor Bastow`s Disco-theme from the vaults of Programme Music. Enzo Minuti`s Minus Group representing for Italy. Their Black Shadow sounding like robots playing Ethiopian Jazz. An alien interpretation complete with J.P. Massiera-like little green men laughing. Also from Italy is Kash`s combination of bongos and solar flight keys. The appropriately subtitled, Percussion Sundance. There`s squelchy, Haitian Funk from Tabou Combo, while Mix-O-Rap`s mid-80s Washington Electro could have easily been hiding on The Wildstyle soundtrack. Or that Pulse Of New York comp. Reverb, eerie synths, and all. There are short interludes, or Tools. Field recordings of cicadas, seabirds, clocks and midnight chimes. Timothy Leary-esque dialogue calling on the Magick of the pharaohs. Plus a major coup in the scoring of Ken-Dang`s super sought-after Norwegian New Wave.

In response, I tracked down Isle Of Jura founder, Kevin Griffiths, for a few hows, whats, and whys.

I’m from the UK originally, and lived in London for most of my adult life before moving to Australia in 2014.

I happened to fall in love with a girl from Adelaide, which is how we ended up down here. It’s a beautiful place, though undoubtably quieter than the more obvious centres of Sydney and Melbourne. But that’s also one of the great things about it. We have two young kids and it’s a brilliant place to bring them up.

What`s the locale like? Are there decent clubs, bars, and record shops? Other places of interest? Are you surrounded by likeminded neighbours? Are there local DJs, musicians, artists, and labels we should keep an eye out for?

Adelaide is more of a big town than a city. There’s a scene here, but its pretty small. There’s a definite feeling of being away from it all, but I personally get inspired to make things happen in spite of that. Running a record label is not easy these days, and doing it from down here is logistically pretty hard. When it comes to physical product, it’s a headache, and I spend a lot of money on couriers!

There are some very knowledgable DJs here, who aren’t really known outside the city, but these guys have impeccable taste and made me feel very welcome. Eric The Falcon has a label called Worldwide Echo that also goes through Rush Hour. Hans from Transition has the only shop in the city for underground music, and Medhi – another expat – runs Condesa mixers from here. One of the best Rotary mixers out there. There’s one club of note, called Sugar, but aside from that there’s not a huge amount going on clubwise. Around 2013 I was getting pretty tired of nightclubs though, and having visited Adelaide many times knew what I was letting myself in for! These days palm trees are more inspiring that disco balls. 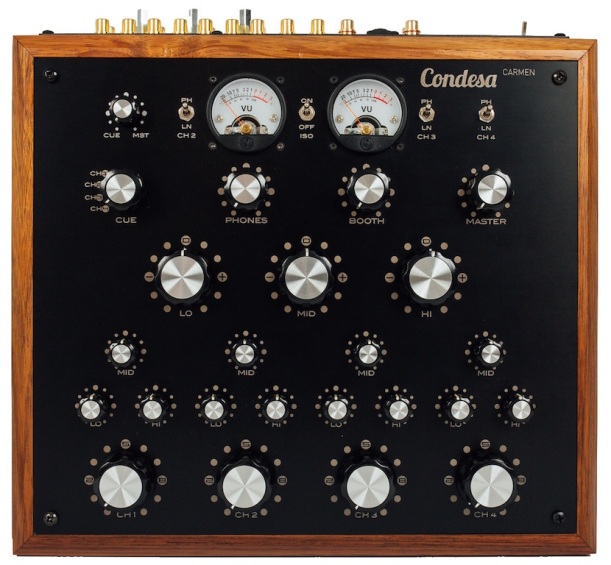 The label is called Isle Of Jura. I`m assuming this is a KLF reference. But why?

The KLF are inextricably linked to my youth and University days. The Chill Out album particularly. That album was like nothing I’d heard before, and as well as the mind-blowing music, I was really drawn to the personality of Bill Drummond and Jimmy Cauty, and the branding of it all. Their whole approach was really in the spirit of Punk, and doing things 100% their own way. I loved that edginess. Their mystique and legend just continues to grow, and I wanted to tap into that vibe with the new label, which is named after the place where they burned a million quid in cash. The KLF and Jura make a special guest appearance at the end of the Escape From New York video I put together for Fire In My Heart.

How / where on Earth did you find that Ingleton Falls cassette?

I go through periods of intense digging which involves listening to a lot of radio shows and mixes, and the inevitable trawl through Youtube – which is where I came across it. I knew immediately it was one I really wanted to do. A much bigger reissue label was right on my tail, but fortunately I beat them to it.

Before Isle Of Jura, you started House label, Tsuba. Releasing music from a whole host of well-known names. Is Tsuba still going? Why the decision to move into the area of reissues?

Hitting ten years with Tsuba in 2016 was a bit of a milestone, and I kind of felt tired of a relentless release schedule. So I had a twelve month break to focus on creating something different. I’ve always been a record collector, and have broad tastes, so starting a label with a focus on others genres of music felt like a natural step. I’d been listening to a lot of older music, that was either impossible to get hold of, or too expensive, so I thought I’d see if I could find the rights holders of a couple of titles. I was puzzled why no-one had reissued Fire In My Heart by Escape From New York and managed to track them down. They took a leap of faith really, as the label was just an idea at that point. It was a great one to start the label with. There’s a lot of love for this record. Since the outset I also had in mind to release original artist material, and the strong reputation with the reissues has created a platform to enable me to do that with sub-label, Temples Of Jura. Tsuba is very much still going, and the experience with Isle Of Jura has given me a new lease of life for the next phase of releases. Ultimately I feel really happy that I’m now able to release a range of music from different genres across the labels.

How did you hook up with Len Leise for that first Temples Of Jura 12? Can you tell me what you have planned for this new imprint?

I’m a big of Len’s output, particularly the Dub-influenced stuff, so asked if he’d like to do a release on this tip, and luckily he said yes. It`s also nice to keep the Australian vibe, with both of us living in this neck of the woods. The next release on Temples is a really special electronic / Ambient album from Argentinian producer Fernando Pulichino, under a new alias, Filmico. It’s a concept album based around music for film, and the tracks are really timeless. I’m working on a Jura Soundsystem artist album myself, which is starting to take shape. I have a nice studio set up at home, and have been collaborating with a bassist and guitarist. Time is always the enemy when it comes to my own productions. The labels are busy and so is family life. But I’m trying to prioritise it.

Are you still DJing? Do you have a residency? What kind of music would we hear in a current set? Could you give me five examples of records that are currently in your bag?

I DJ twice a week in a couple of cool bar spots in Adelaide, Udaberri being one, hence the Udaberri Blues title of my recent Jura Soundsystem single. Medhi also plays there and has installed a Condesa mixer which is a real treat as the sets are four to five hours long. I spent a good few years just playing House and Techno in clubs with Tsuba, so going back to gigs covering different styles has been a lot of fun. Adelaide is pretty vinyl orientated when it comes to DJing, so technically speaking playing ten hours a week has improved my prowess behind the decks. I’ve bought more records in the last four years than the ten combined before that. Which all feeds in to what I’m doing with Isle Of Jura. With a bar setting you’re obviously not playing to a dance-floor, so you can go off on all kinds of tangents. I tend to start with some soundtracks, Ambient, and Balaeric vibes, move onto Dub and Reggae, and then up the pace into the more leftfield end of House and Disco, before bringing it down again. It’s a nice trip and I spend time to look for those records that sit between genres, so the night has a nice flow. Here’s a few I’ve been playing recently:

I’m in touch with Michael from Efficent Space, and did a mix for his Noise In My Head show a few months back. I own quite a few records from the other crews, but as yet haven’t made their acquaintance. With Jura Soundsystem the idea is to start doing gigs again further afield. So I should get in touch and say G’Day!

Isle Of Jura`s catalogue is pretty eclectic – New Beat, Electro, Library breaks, Industrial Dub, a Cosmic classic and a couple of Mancuso / Loft favourites. Is this deliberate, or do you plan to focus more in the future? Can you give me any clues to what`s in the pipeline?

Yes, it`s totally deliberate. Before starting the label I knew I wanted the output to be varied. The genres may be different but there’s still a similar vibe that runs through everything I think. The process with the reissues is really long winded – some can take years – so there are various projects on going and if they all come in I’ll have a very busy 2019. The next release is the first in a Jura Soundsystem compilation series called Transmission One, with a focus on music never before released on vinyl and generally delving a bit deeper into the reissue pool, to unearth some lesser known unavailable tracks. It was important for the album as a whole to work as a listening experience and also to reflect what I’m trying to do as a DJ with Jura Soundsystem – covering a range of styles. On paper the track-listing for Transmission Two is pretty much mapped out, but the licensing takes so long to do, I’m not sure I can face it just yet!

Jura Soundsystem Transmission One is released next week on Isle Of Jura. You can order a copy directly here.

One thought on “Interview / Kevin Griffiths / Isle Of Jura ”