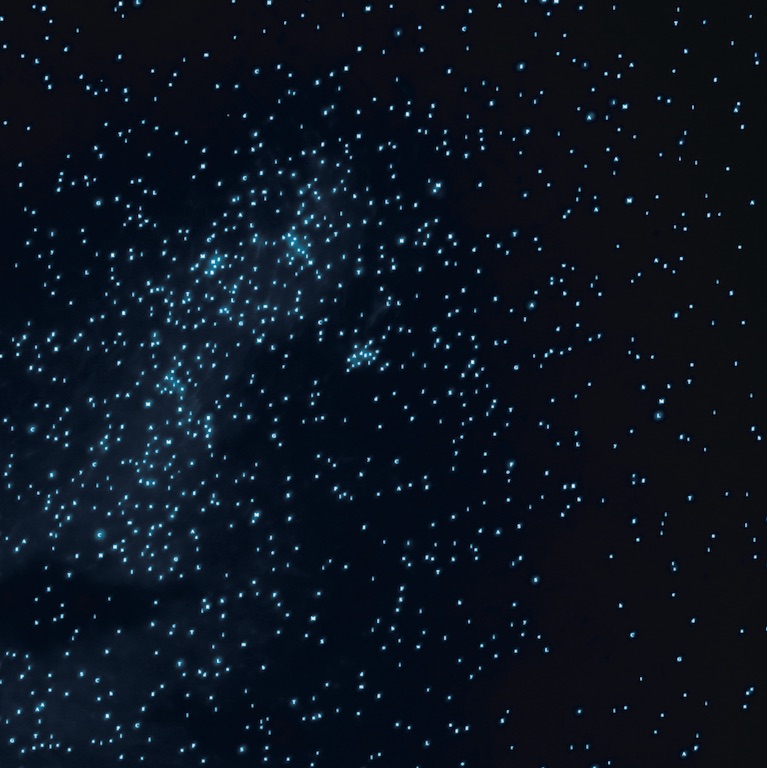 Seance Centre`s press release for their MJ Lallo collection, Take Me With You, slips in a reference to Terry Gilliam`s Brazil. Citing it as a big influence. Armed with that knowledge it`s pretty easy to guess that, for Lallo, music, and probably more importantly, the creation of music, is her form of escape. And that from her track titles, her “happy place” is not some imagined lovers run to a South American hideaway, but out amongst the Heavens. Alien Angels. A Suite For Jupiter. Galaxy Latina. Lunar Tribal Ritual. Midnight In The Sky. Sighting Rainbows. Singing In The Lightyears. UFO. Chanting for the “Seven Sisters” of the constellation of Taurus.

Not quite everything here is MJ`s voice. There`s plenty of percussion. Timbales even, when she wants to dance. Synthesised bells in tubular patterns. Guitar picking. Electric Blues solos. The odd live bass-line. But most of it is the lady sent deep into Innerspace. Exploring internal stretches of uncharted desert and endless ocean. Transported, transfigured, by her Yamaha SPX 90. Her processed vocals lending everything a ethereal, surreal, dream-like, quality. A distant siren, she is an aching arc, a shooting star. Or simply catching her breath. A jazzy scat, a wordless lead, set against Fairlight-fragmented backing. Pursed lips trumpetting through a Fourth World noir. Wildlife shrieking through jungle grooves. Popping her cheeks. Beat-boxing. Though the results are more an acoustic Art Of Noise, than The Fat Boys.

She is Manhattan Transfer moved to Mars. Mutating into strings and woodwinds. Travelling simultaneously backwards and forwards. Crooning on Venus. “Liberated from the constraints of language”, she is aiming to heal the heart. Breathe a universal prayer.

MJ Lallo`s Take Me With You is released on September 11th. You can order a copy direct from Seance Centre.

3 thoughts on “MJ Lallo / Take Me With You / Seance Centre”