Twin Stars Of Thence is lifted from Sun Ra`s 1978 LP, Lanquidity, recorded in New York with Bob Blank. If you didn’t blink then you could have picked up a copy this month on transparent vinyl, care of Philly Jazz. While the album also contains the more uptempo winner, Where Pathways Meet, this track was famously looped by Japan`s Major Force for one of Mo`Wax` Trip Hop defining moments. As its lop-sided, shambling, hypnotic, loose Funk, explodes in a triumphant Arkestra roar, I`ve “segued” it into Harold McKinney`s Freedom Jazz Dance.

Taken from the Pure Pleasure reissue of the Detroit-based pianist`s Voices & Rhythms Of The Creative Profile, from 1974. Darryl Dybka`s funky Moog b-lines recall those of James Mason, while, on this track, Marcus Belgrave`s trumpet takes the lead. All instruments creating angular interlocking shapes. Stopping on a dime. Players chanting in harmony. Letting out operatic arias. Aiming to convince you that, when you`ve got Jazz, you don`t need LSD. 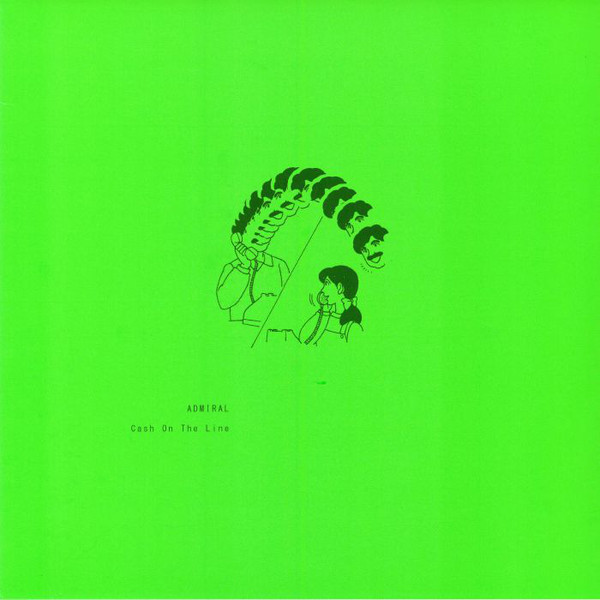 I`ve cut that quickly into Admiral`s You Left Me Empty, on Wandering Eye. New music from Italian, Panoram`s label. Cash On The Line is a six-track mini-LP that utilizes Fender Rhodes and tuff fucking drums to blur any boundary between Broken Beat and Jazz. Keys come in undulating, aquatic waves, and stratosphere-searching spirals. A Brian Auger Hammond B3 light shone on the path. Synths singing themselves hoarse, while vocals are harmonies and whispered Massive Attack raps. For the Funk, the uptempo numbers make like fellow Italians Nu Guinea, if raised on Techno instead of Neapolitan Boogie. The downtempo joints carry a Bristolian big bottom end. Gospel organ, and a slight skank. 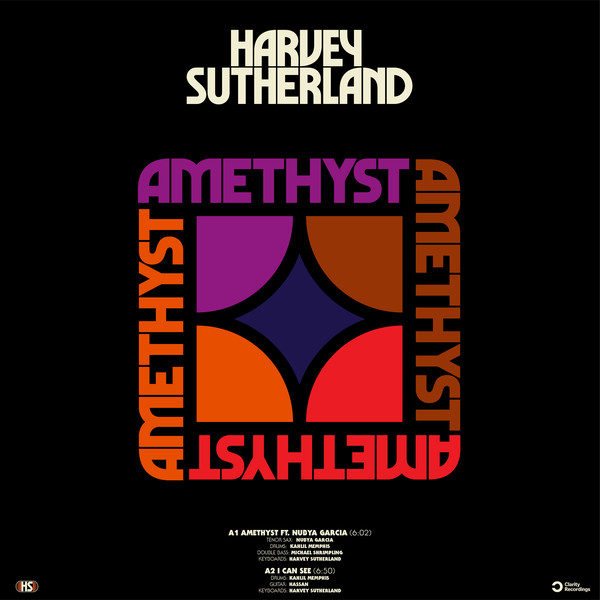 Harvey Sutherland`s Amethyst, on his own Clarity Recordings, further reinforces that line running through both Techno and Jazz. The link between John Coltrane and Carl Craig. Underground Resistance and Pharoah Sanders. Think Transmat with upright bass, orchestral strings, and Nubya Garcia on sax. The Melbourne-based musician seems to have traveled a huge musical distance in a very short space of time. 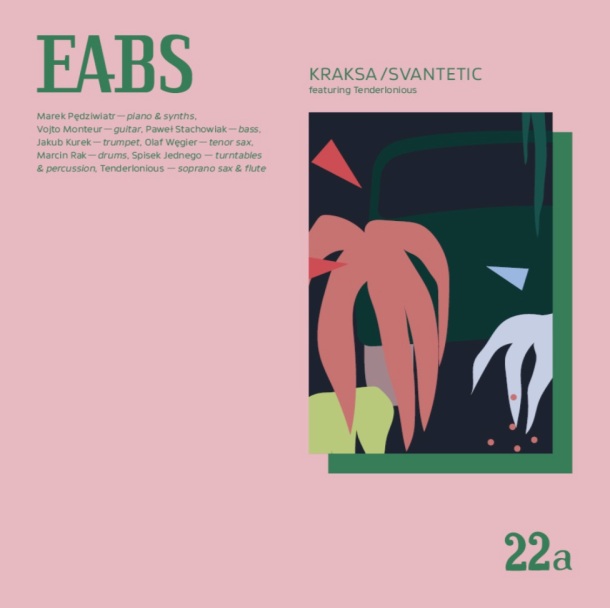 Polish septet EABS debut on Tenderlonious` 22a, with the man himself guesting on flute, and soprano sax. The two tunes, Kraksa and Sventetic, recorded at Poland`s Radio Opole, are part of a project dedicated to Jazz and soundtrack legend taken way too soon, Krzysztof Komeda.

Synthesizer sounds prepare for lift off, count down for Ra`s Rocket #9, and head for outer limits. Percussion hits a Latin groove. Piano imitates a Hip Hop loop. Before stabbing staccato, and then flying in full. Samples are scratched. Trumpet blasts and hands the baton to the sax, in a circular breathing relay. Music moving seamlessly from one horn to another. Sax jiving. Flute rapping. Guitar fuzzing out. Tremelo crying. As amazing as the solos are, honestly, when they all come together, they make such a magnificent noise. On the second half of Kraksa, they rise through serene drones like a morning sun.

The 22a family also contribute to an an E.P. of reworks of music from Chip Wickham`s Shamal Wind long-player, on Love Monk. Reginald Omas Mamode IV taking on Rebel No.23, while Max Graef Soho Struts. The standout for me though is Pete Cunningham`s Ishmael Ensemble`s reimagining of Snake Eyes. Setting Chip`s flute fluttering in dub-wise against a tight, almost spy theme b-line. Piano looped and Hallelujah handclaps keeping time.

サクラメント is a winner from pianist, Tohru Aizawa`s Tachibana. Which is the first in BBE Records` J Jazz Masterclass Series. Recorded in 1975, in Gunma (kinda just round the corner), and originally privately-pressed as a single LP, it`s now spread out over a double. Kyoichiroh Morimura`s saxophone exhibiting a split personality. Conversing with itself. Dancing through impossible scales. Aizawa`s piano banging out an accompaniment of blocked chords – fingers at full span –  before soloing with dexterity. Through exhausting free flights. Tetsuya Morimura`s cymbals crashing the whole while.

Second in the series is drummer Takeo Moriyama`s East Plants. The title track`s a slinky “sing along” groove. Though you`ll have to use your imagination and make up the words. Carried by tabla, gong shimmer, and the snake charmer saxes of Shuichi Enomoto, and Toshihiko Inoue. It`s as “catchy” as Horace Silver`s Song For My Father. Recorded in 1983, for Vap (Video Audio Project), I don’t know if its the pressing, but it just sounds so modern.

Third up is saxophonist Takao Uematsu`s Straight Ahead, from which I`ve picked Afro Blue. There was vinyl last year, from Ultra-Vybe, and Octave Lab have now issued a CD. Licensed to Trio in 1977, its another set of soaring horns, pitted against electric backing. But, on this tune, written by singer / playwright / poet / civil rights activist Oscar Brown Jr. its the turn of the keys to run. 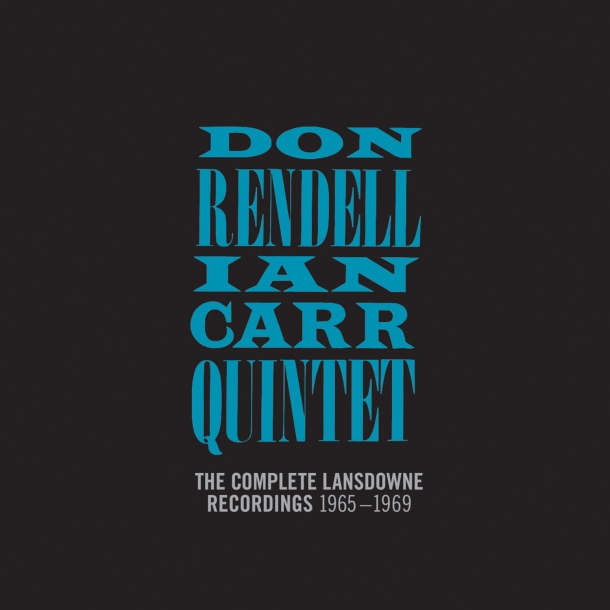 From there it`s the calm of The Don Rendell / Ian Carr Quintet`s Blue Mosque. The first track to be promo`d from Jazzman`s The Complete Lansdowne Recordings 1965-1969, five LP box-set, which arrives at the end of November. Planned to be the inaugural release on the label, it`s taken twenty years to put saxophonist Don Rendell, trumpeter/composer Ian Carr, and pianist/composer Michael Garrick`s Dusk Fire, together with Shades Of Blues, Phase III, Change Is, and Live, back in shops.

From five musicians to forty-five, and the big band bonkers of Janko Nilovic`s Xenos Cosmos, reissued on Rythmes Contemporains by BROC Recordz. The French multi-instrumentalist`s 1974, oft sampled – by the likes of Jay-Z and Dre – suite of Sci-Fi choirs, and rocketing tempos. Bongos, and Proto-Trip Hop. Downtempo breaks, violin sighs, and horns whose preferred pace is gallop. 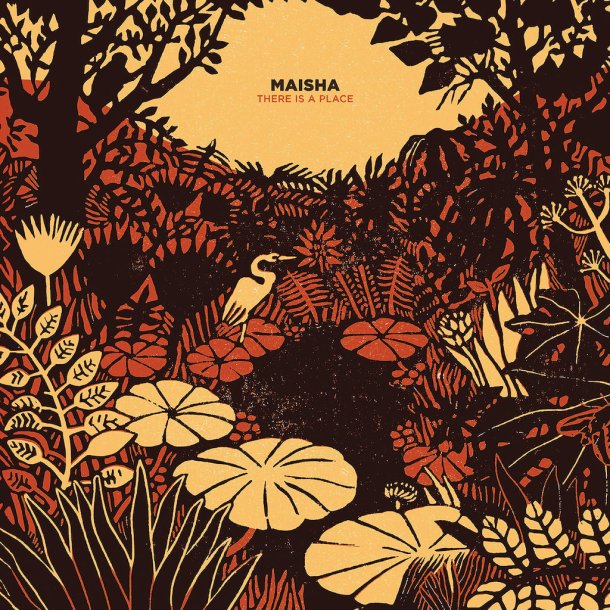 Down from forty-five players to lucky seven, and the incredible Maisha collective each take a turn to shine on There Is a Place for Brownswood. The album recorded over just three days, by David Holmes, with assistance from a string section, and the trumpet of Axel Kaner-Lindstrom. I`m in love with the guitar of Mansur Brown, but there`s another big Wow! for Shirley Tetteh. The LP`s closer, Eaglehurst / The Place tears along from the outset. It hits a batucada breakdown – a la Gil`s live reading of The Bottle – and it`s just as uplifting the Scott-Heron classic, when everyone finally jumps back in.