Kicking off with Kalita. Who have Emerson`s previously unreleased LP, If You Need Me Call Me. The eight tracks, recorded in 1988, feature two versions of Emerson`s sole, sought after, promo-only, single, Sending All My Love Out. Raw, Lo-Fi, Electro Soul, with stuttering samples, drum machine rolls, and sweet lead, Tom Noble comped the tune ten years ago. Hipping his mates James Pants and Dam Funk to it. Who then did the same. Boosting its popularity, and its asking price to around the $600 mark.

Legendary Jazz producer, Bob Shad recorded Alice Clark`s set for his Mainstream Records, in just two days. One day per side. The songs focus on heartbreak, but Shad counters that with soaring, celebratory, big brass arrangements. A couple of the tracks are well known Soul / Jazz Dancers – Don’t You Care, and Never Did I Stop Loving You. Acid Jazz and Beat Goes Public (BGP) subsequently lifting these for 45s, upon their 80s rediscovery. An OG vinyl LP, though, will have you forking out $300. The RSD reissue comes with a twenty-page booklet, which contains photos, and some damn fine essays. The one by Alice’s grandson had me welling up.

Ziad Rahbani is a Lebanese composer, playwright, and political activist / satirist. His Abu Ali is an incredible, eccentric piece of orchestral Jazz-Funk. An epic thirteen minutes of strings, brass and Moog. Spanish guitar, and Persian ney. Originally released on Zida, in 1978, it’ll currently set you back $700 on the `Cogs. Obviously adorned with Eastern melodies, it travels a musical terrain between Mancuso`s Loft and Baldelli`s Cosmic Club. Like Jean Claude Vannier gone Disco. It could well have been an influence on Vakula`s Voyage To Arcturus.

Equally epic is the Fela Kuti and Roy Ayers collaboration, Music Of Many Colors. Repressed for RSD 2019 by Knitting Factory. Recorded in Nigeria in 1980, both Africa Center Of The World, and 2000 Blacks Got To Be Free, clock in at nearly twenty minutes each. Bill Laswell picked up the album for Celluloid in 1986. Who actually did another limited run in 2016. Copies of which currently go for $100. Fela on sax. The groove more Disco than Kuti`s usual Kalakuta musical newsletter. Roy on vocals and “positive” vibes.

Rain&Shine also have a grand extended jam. Spirit`s Put Your Hands Together first appeared, in a six minute edited form, on a 1976 Gospel album. One that fetches $850. Rain&Shine have a twelve and a half minute version, plus a dance-floor tightened take from Phil Asher and Zaf Love Vinyl. Both roll on a tasty piano vamp, care of Booker “Love Town” Newberry III. 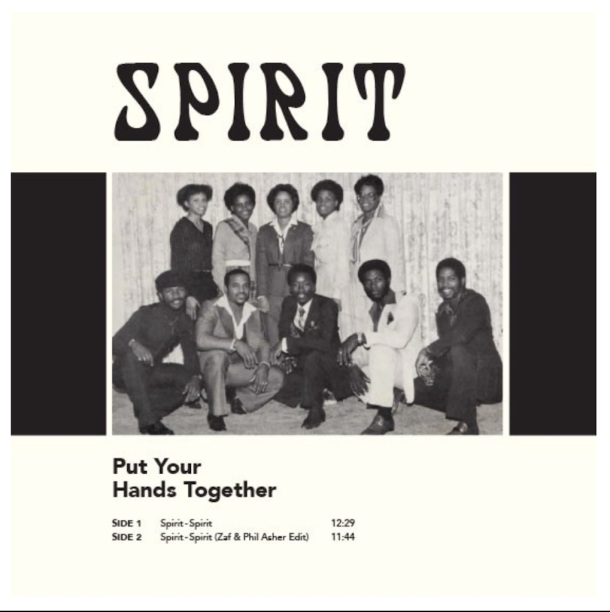 Rain&Shine have another Gospel gem in Shirley Finney`s Pray Again. An uplifting mix of Shirley, Disco, and massed choir, licensed from Savoy Records.

Rain&Shine are distributed by Prime Direct, and Prime have a stack of their own Soul reissues for RSD 2019.

There are two double-headed 7s from Shuggie Otis. Taking a couple of tracks each from his Inspiration / Information, and Freedom Flight long-players. 70s sets that got Shuggie mentioned in the same breath as Hendrix, Sly Stone, and Stevie Wonder. Now, widely recognized as a polymath precursor to Prince. Aht Uh Mi Hed tick tocks sparse to a Timmy Thomas rhythm box, with flashes of full woodwind and string arrangements. When I first heard it twenty years ago it sounded like a love song to the joys of being wasted. Sober, I`m no longer sure that’s the case.

Other Prime 45s include The Isley Brothers` Footsteps In The Dark (famously sampled by Ice Cube), and one from The Peddlers. The Manchester band’s On A Clear Day has an instantly Oh-I-know-this organ / drum / bass break (it was even made “Balearic” when The Sandals sampled it). Their cover of Mel Torme`s 1962 hit, Coming Home Baby, features some incredible scat parts by Roy Philips. Both tunes come from 1969 sessions with Library Music legend, Keith Mansfield.

Of the ten or so 12s Prime have lined up, my picks come from Garfield Fleming, Hipnotic, Teddy Pendergrass, and Lonnie Liston Smith.

Mob-affiliated Morris Levy`s Becket Records released Garfield Fleming`s Don’t Send Me Away in 1981. A rousing Balearic Soul Stepper, of sing-a-long heartbreak, I didn’t hear it until around six or seven years ago. When Phil Mison put it in a mix. Prompting me to check prices – then a 12 was $50ish – and plump for the cheap, quick option of a Mellow Mellow Right On boot. Which they`d conveniently issued around the same time. Now the OG has rocketed to $300, and the bootleg 45 goes for 50 to 60. It`s worth noting that the Love Vinyl-associated Cordial Recordings have recently revived Garfield`s career, releasing an album of archive material.

Hipnotic`s Are You Lonely is more Electro-Soul, though considerably more polished, more Hi-Fi, than Kalita`s Emerson release. A copy of the finger-snapping 1983 original, on Canadian label Street Level will see you handing over $400. There was a reissue by French imprint Boogie Times reissue in 2012, which some dispute the legitimacy of, that now goes for $100.

It`s perhaps worth pointing out that all these Prime Direct pressings are “proper”. Licensed, remastered, and heavyweight.

Jeff Mills introduced me to Teddy Pendergrass` The More I Get, The More I Want. The Techno Wizard included its Gene McFadden & John Whitehead penned irresistible strut on his Choice comp, for Azuli, in 2004. The Harold Melvin & The Bluenotes` vocalist recorded the song for his 1977 debut solo LP, on Philadelphia International. Lifted as a single, it was, then, only pressed as a 7, which is pretty scarce and pricey. It received a 45 repress as part of the legendary label`s 40th Anniversary, in 2012, but has only appeared once before on a 12, in 1999.

Lastly, there’s a David Mancuso favourite from Lonnie Liston Smith. The percussive carnival of Space Princess. Remixed from Lonnie’s 1978 album, Exotic Mysteries. Cowbell crazy, with a jazzy electric piano hook, and younger brother Donald on vocals. I picked this up in the mid-90s on one of those Loft Classic bootlegs (Matsubara`s S.O.S. is on the same 12). From Mr. Bongo on Poland Street, as London was going Disco-Not-Disco. Beside me at the counter, also buying “convict” copies of stuff like Dexter Wansell`s Life On Mars and Francine McGee`s Delirium, was Richard D. James.

All of this vinyl will be available from terrestrial outlets only, on Record Store Day, Saturday, April 13th.

Alice Clark – Never Did I Stop Loving You – Wewatnsounds

Hipnotic – Are You Lonely – Street Level

Teddy Pendergrass – The More I Get – Philadelphia International

Emerson – Sending All My Love Out – Kalita