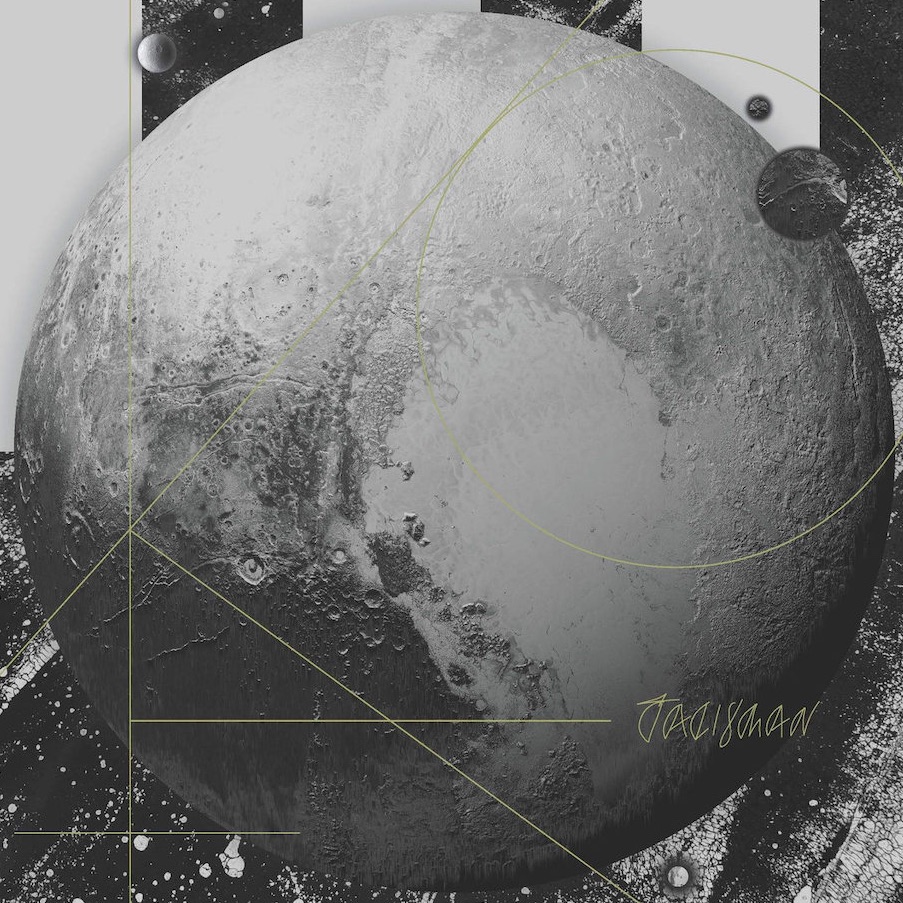 Starting with something that somehow slipped by me back in April, Robert ÆOLUS Myers` Talisman. A collection of sonic Sufism put together by Origin Peoples. Robert, now based in Portland, spent a long time in Hawaii, and was the subject of a massive retrospective on Roger Bong`s Aloha Got Soul label a few years ago. Origin Peoples have now selected five more archival tracks, and partnered these with four contemporary remixes and edits.

The opening Oracle is a fusion of “World” elements and electronics. Setting hand percussion and drum programs tumbling together. Dreamscape draws comparison to the New Age collaborations between Steven Halpern and Dallas Smith. Synthesizer and woodwinds painting pictures of a night sky broken by the benevolent blink of distant suns. The twelve minute-plus live recording, Embrace, is a gentle tide of treated flute, guitar and piano. Sunsent, a Zen garden of cicada chirrup, koto strings, and synthesized Beverley Glenn Copeland-like glissando. The track Sadhana Environment gets an edit from “tape music” innovator K. Leimer, and three progressively more out-there reworks. Pharaohs build beatless Post-Rock Funk from bongo loops and acoustic strum. Angus Gruzman AKA Dreems adds a House b-line and acidic twists. The effect not unlike Derrick Carter’s classic Rising And Falling. Lieven Martens lulls the listener into a false sense of security with an intro of orchestral cello, before heading into a serial improvisation that flashes between haunted ambience and fragile modern Kosmische. Nocturnal rainforest, and green woodland at dawn. The sound design stretching field recorded birds and streams into unrecognizable shapes.

Segueing between the “out there” and the accessible, but on the whole more Pop than its predecessor was John Gomez` essential second Outro Tempo compilation for Music From Memory. Providing further insight into from the musical outer limits of 80s and 90s Brazil. Of the two examples I’ve cherry-picked here, Edson Natale`s Nina Maika features legendary Serbian producer Miltar Subotic. I think the track is actually a cover of something from Subotic`s In The Moon Cage. A landscape of big synth swells, isolated chimes and ethereal vocals. Tiao Neto`s carefree Carrousel has kids on a Rio beach singing London Bridge Is Falling down, accompanied by more chimes, and a sighing synthesized choir.

There are drum circles a plenty. The most “organic” being Max Rambhojan`s On Jou Matin. Reissued by Secousse, on an E.P. of the Gwo Ka master`s late 80s / early 90s recordings. It comes on like a slice of Reunion Island`s Electric Maloya.

The Gates Are Made Plain is a long droning portal-opening piece from Craig Leon`s latest Anthology Of Interplanetary Folk Music (Vol. 2) on RVNG Intl. A trance-inducing Dogon ritual aimed at communication with the Nommos of Sirius B.

Yu Su`s Words Without Sound from her Roll With The Punches E.P. on Second Circle, takes its glitched beginnings and again morphs them into a neo-Nyabinghi grounation. Bolstered by bowel-shaking bass, chant and the zing of zheng and guzheng strings. The Vancouver-based artist navigating a zone that intersects Laurie Anderson, Duck Rock and Hyperdub.

Nigerian Rock veteran, Justus Nnakwe, moved to New York in the 90s, and adopted the Jay U Experience. His experiments with the Roland R-5 and a Roland U-20, collected by Left Ear Records, are a mix of machine-generated woodwinds, percussion, and marimba-like chimes. The results resemble one of Mark Barrott`s Island Sketches, if helmed by Francis Bebey. Mark Barrott himself has a new Sketch out, one From A Distant Ocean, on of course International Feel. It`s a varied E.P. Galielo is the track that sounds like William Orbit`s Strange Cargo driving to Cap Negret. Downtempo Techno with Spanish Guitars and castanets.

There are two reissues from Virgin / UMC. The first, Kinda “cult”, is the Rain Tree Crow album. The sole offering from a momentarily reformed Japan – nailed before the rest of the band got fed up with David Sylvian bossing them about – allegedly. It does sound like a Sylvian record. His mix of Americana and Jon Hassell`s Fourth World. Swamplands and heat haze. The acoustic guitar on Red Earth (As Summer Time Ends) is outstanding.

The BIG one though is the extended edition of the Brian Eno`s Apollo: Atmospheres & Soundtracks. The essential LP expanded to commemorate the 50th anniversary of the first manned Moon landing. An Ending (Ascent) might be the tune that Sasha played on that New Years Eve. The tune that accompanied the London Olympics. Deep Blue Day will forever be associated with Danny Boyle`s Trainspotting. But Always Returning is the Cafe Del Mar classic. Just ask Phil Mison.

Using Space as a cue, next up is Oakland-based Astronauts Etc`s Just A Star. A brilliant cover of a song penned in 1971 by California duo, Smiles. DJ Shadow rediscovered the privately-pressed single last year. Backatcha reissued it for Record Store Day, commissioning the Astronauts Etc version on the flip. Its picked guitars and Psychedelic organ swirls had me thinking of Brian Protheroe`s Pinball. Written by youths lost in Nixon`s America, its ridiculous that the song`s themes of world hunger and wealth inequality still stand.

From 1974, Abu Talib`s Blood Of An American is a similarly quiet protest. Conscious, soulful, Anti-war Folk, that should put you in mind of Terry Callier. This was one of the highlights from Floating Points` recent All Back To Mine comp, on Late Night Tales. Now released as a 45 on FP`s own Melodies International imprint. The repro 7 partners it with the no less love-filled, but slightly more upbeat Everyone Should Have His Day.

To finish a trio of songs that I’m currently “digging”, I’ve included Anna Domino`s Lake, `cos I’ve been hooked on it since interviewing  Anna a couple of weeks ago. Taken from the 1987 LP, This Time, when I mentioned some of her songs have been know to make folks cry, Anna said “if it`s tears that you want then this is the one.” It`s not so much the lyric, more how lonely, but defiant, its singer sounds.

Craig Leon – The Gates Are Made Plain – RVNG Intl

Bobby Wright – Everyone Should Have His Day – Melodies International

One thought on “Chocolate Milk And Brandy / June 2019”