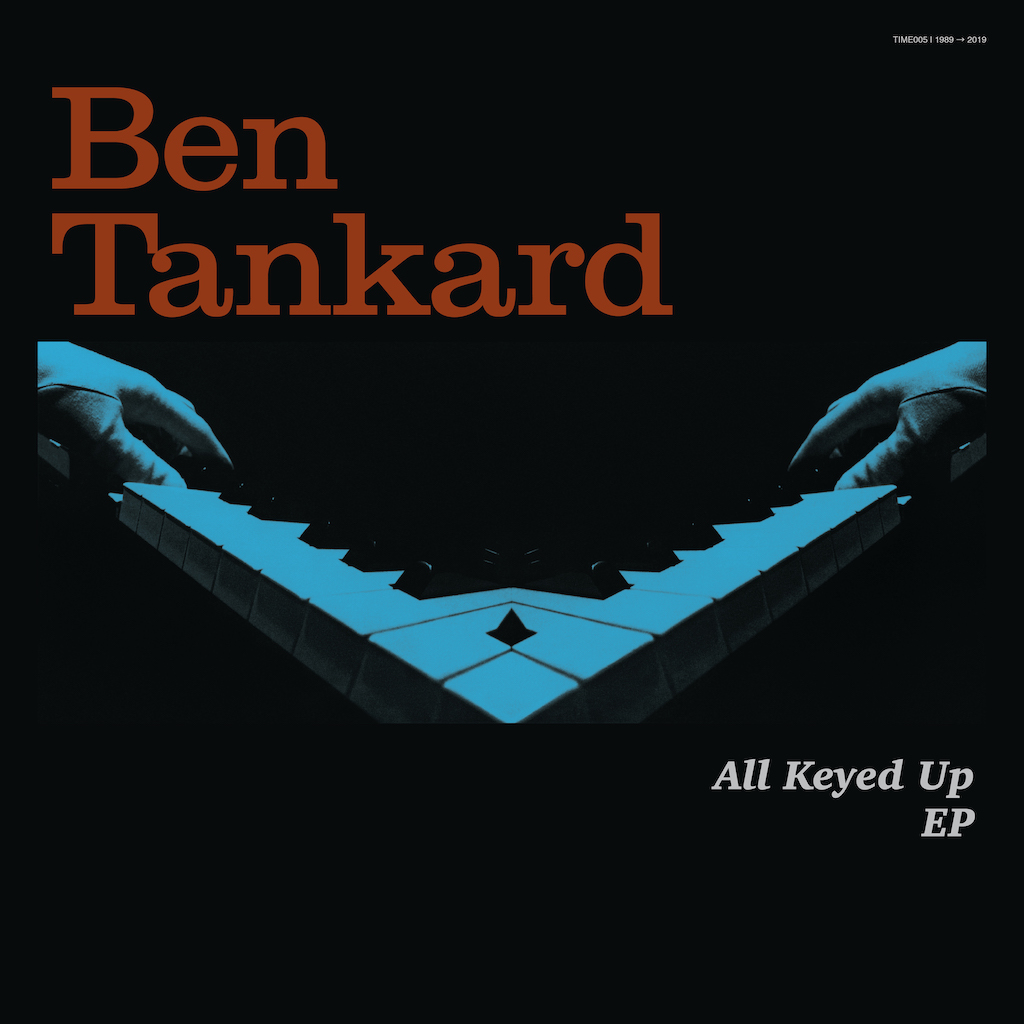 Sticking with their spiritual slant, Time Capsule, now help to popularize the incredible tale of Ben Tankard – by releasing a “sampler” from his 1989 debut LP, All Keyed Up.  The sleeve notes that accompany the Time Capsule reissue allow Ben to tell his own story. Of how injury forced him to quit his pro-basketball career, effectively making him homeless. Of how when attending a church meeting – primarily for a free chicken dinner – the preacher asked him to place his hands on the piano. How, without any formal training, he discovered he could play. Transforming his fortunes to the point where Ben is now a successful recording artist and producer.

Ben describes his music as “gospel-jazz”. Where the music is jazz, and the message – song titles and concept – are inspired by his Christian faith. On the three tracks selected by Time Capsule Ben uses MIDI technology – then in its infancy – to craft electronic fusion that could pass for Wally Badarou`s Synclavier symphonies. Everything played by Ben, all of it keyboard-derived – hence All Keyed Up.

Eden Celebration is a rainforest romp. A gentle jungle of the imagination. Birds, insects, elephant and Tarzan roars caught up in percussive playfulness – that also recalls Curt Cress` Dschung Tek – where those MIDIs mimic vibes and woodwinds. Slapped bass sounds.

The tropical twilight serenade of title track comes in two mixes: the original and a Time Capsule “Seaside” extension. The latter drawing out the strings, spacing out the keys. Evaporating handclaps in echo. Letting the calm continue a little longer. A tiny bit Art Of Noise, a tiny bit Massive Attack`s Weather Storm, a tiny bit The Isley`s Between The Sheets. Both giving Ben the chance to demonstrate what divine intervention at the piano can do.

You can preorder vinyl over at Time Capsule`s Qrates page.

One thought on “Ben Tankard / All Keyed Up / Time Capsule”