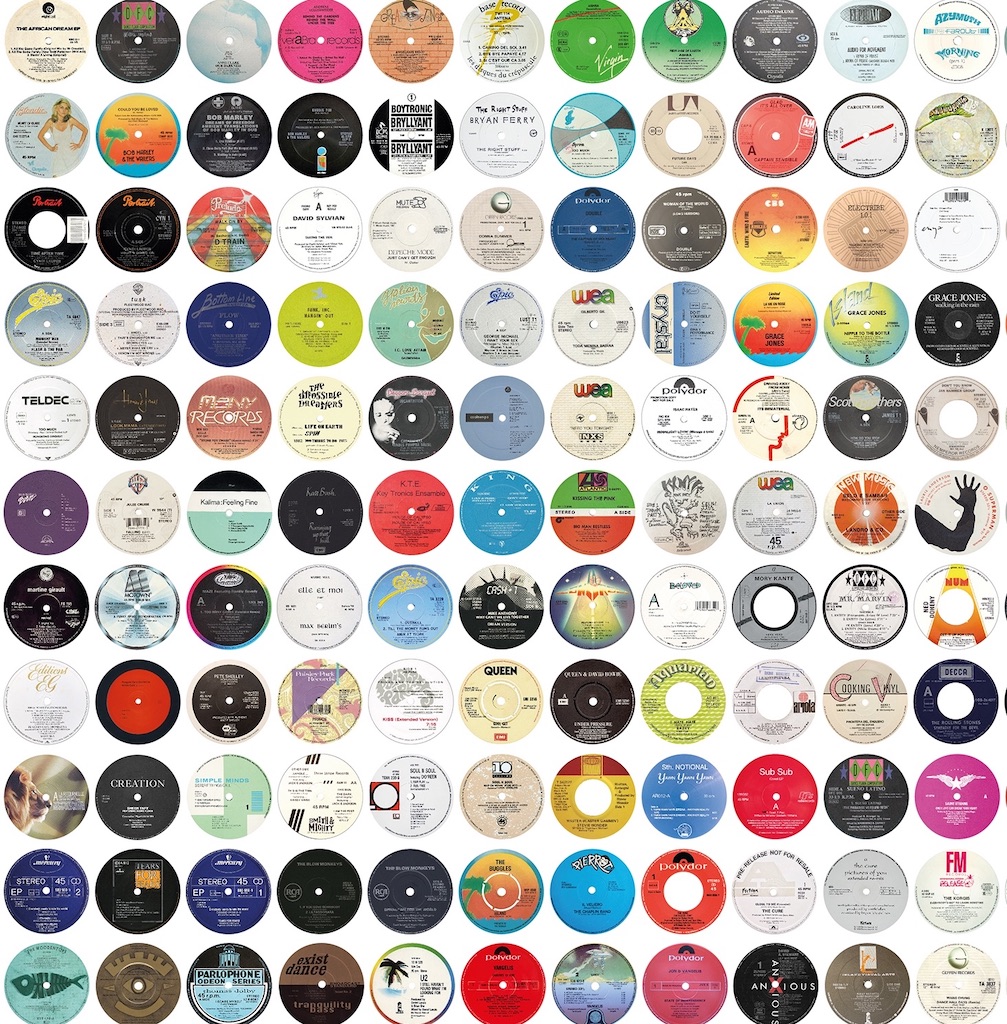 Goodness but I’m a sucker for a record list. It must surely be some kind of compulsion that takes a hold of me. Back in the late 1980s, when my record-buying really took off – it was a case of having to HAVE everything. Trawling through the Top Tunes in the Boys Own fanzine. Pouring over Weatherall and Farley`s selections, and reviews, for pieces in The Face, ID and Timeout. Hitting shops like Phuture, Flying and Eastern Bloc with a scrawled note in my pocket, that I`d force myself to memorize for fear of looking (more of a) lemon by having to refer to it at the counter. It was as if I believed that owning these tunes would be proof that I knew the score, the apple. After 30-odd years this compulsion has been tempered a tad. I know that I can’t own everything. Even if I had the dough, there`s no longer the time to go digging like I used to, and there`s certainly no room left in the house. But if even if I’m no longer ticking things off – going “got, got, need, got, need” – I still appear to lust for these lists – craving not just titles, labels, producers, recording dates – but also a song`s significance – who played what, where and when. History I guess.

Some of you might have seen that there`s a small book of interviews on the way. Me firing questions at a select few of the French, Italian, South American, and Spanish DJs who crafted the musical backdrop to the magic of 80s Ibiza. Folks who made the sound of those open-air clubs so unique. Me firing those exact questions – what tunes, who, when, why? There are plenty of lists in there. Plotting the course of the balearic beat. Hopefully demonstrating how each interviewee played a part, influenced the next. How some tunes were passed on like batons, or simply pinched, to become White Isle classics. A few of you might also know that this “work” is currently being extended (25, 000 words and counting) and fuck me but if there aren’t some lists in there as well. From the jazz of the Domino Bar to DJ Harvey`s Mercury Rising at Pike`s. I’ve been wondering if there`s also now no room left in my head (and if tune overload might explain the recent migraines).

It is, however, of course, the season for lists. End of the year, end of the decade best ofs…yep, get ready. Only yesterday Discogs offered me their 35 Saddest LPs (of which friends won’t be surprised to learn that I owe far more than half). And then today, care of Terry Farley, I discovered this poster. But this isn’t a list exactly. I mean you could blow it up, zoom in, get out your reading glasses, and start writing down names,…William Pitt, Manuel Gottsching, Tullio De Piscopo…….though that’s not the point. This is art. Designed by Stoo Elvin and Roual Galloway, the chaps behind Ruler Promotions and Cordial Recordings, it`s a colourful tribute to 209 titles, 209 essentials, XXX memories.

Mine`s going up on the wall next to copies of Dave Little`s Map Of Acid, Chemical X`s Love Is The Drug, Glass Siren Studio`s A.L.S.D. Pharmacy, and the Amnesia matador poster that was a gift from Leo Mas.

You have until December 15th to order a Ruler Promotions Balearic Beats poster – and if you buy one it does come with a track-list. There are also equally smart counterparts focused on house and disco.

Since 2017 Cordial Recordings has been putting out some damn fine modern soul. This one’s my favourite so far…