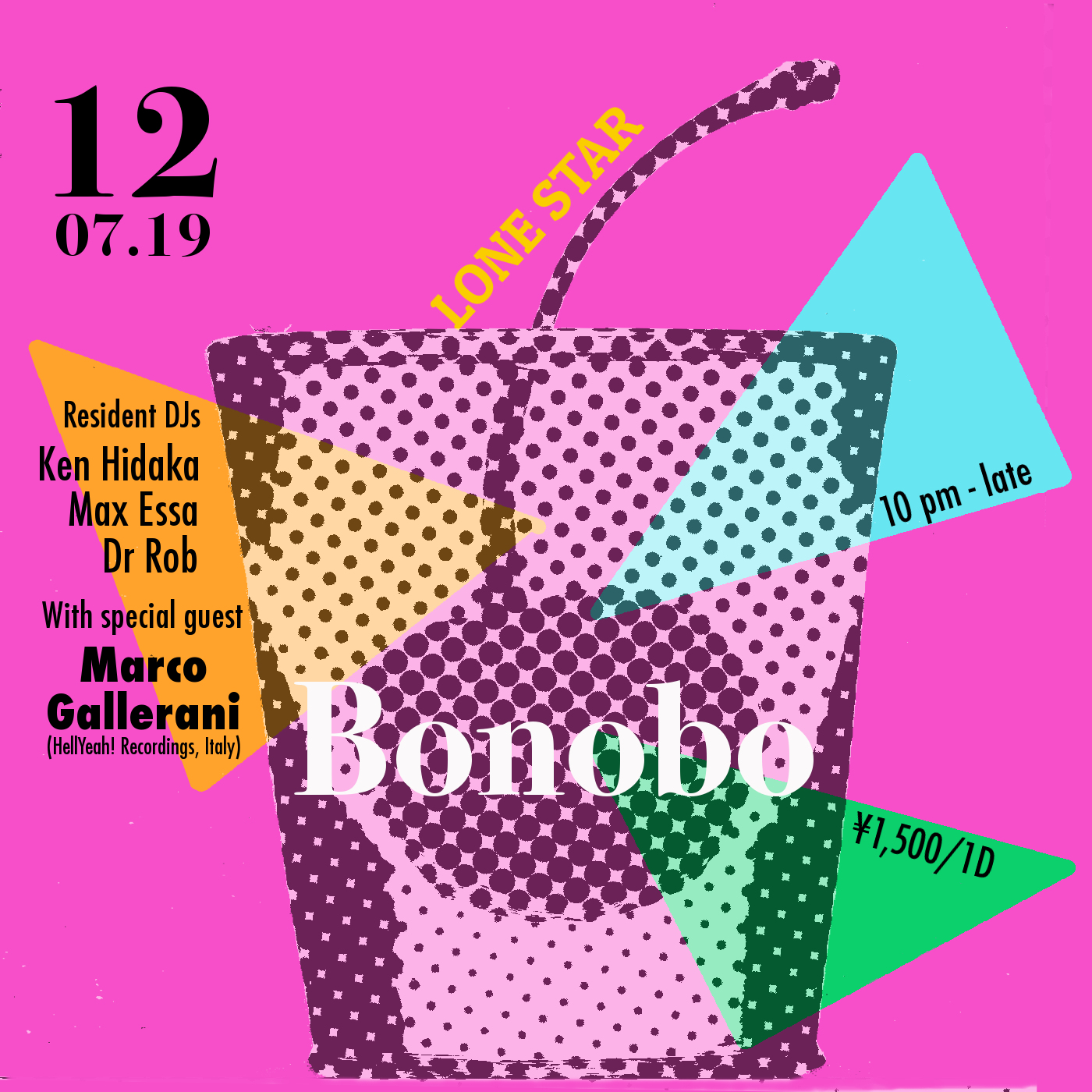 As I mentioned in my previous post, for the last 8 months I’ve been working on something. Prompted in part by those DJ interviews that are about to be published, I’ve been trying to plot the musical time-line of the balearic beat. From 1970s Ibiza to now. Even before researching the idea it was obvious that the story that`s currently out there is totally UK-centric, London-centric even. It would also seem that balearic beat disappeared in about 1991 – only to miraculously resurface early in the next millennium.

From my own personal UK-centric, London-centric experience by 1992 the people I`d been dancing with to Dizzi Heights and William Pitt, divided broadly into two camps. Those who dived deeply into US House (most of balearic / acid house`s original evangelists were soul girls and boys after all), and those who followed the likes of Andrew Weatherall into a dark tunnel of techno abandon. Most of the actual “Amnesiacs” simply fucked off, to California, to Thailand, when it all went “big”, too commercial. There are exceptions of course. Phil Mison and Moonboots most definitely kept the balearic flame burning while others hopped from one dance sub-genre to the next. Followed fashion.

In order to be accurate, to be complete, and fill-in that gap from 91 to 2001, it was clear that I had to hit up a younger generation – a second wave of “balearic militants” – and ask where / when they first heard the b-word. I also had to stick a pin in every part of the map possible, to get a proper global picture. One of those “youngsters” was Marco Gallerani – Italian DJ, and founder of Hell Yeah! Recordings. One record label that I’m sure a lot of people consider “balearic”. It just so happens that Marco`s on a tour of Japan right now, and on Saturday (December 7th) he`ll be the very special guest of Lone Star, at Bar Bonobo in Harajuku. So by way of promo I`ll share with you here a few of Marco`s answers….. 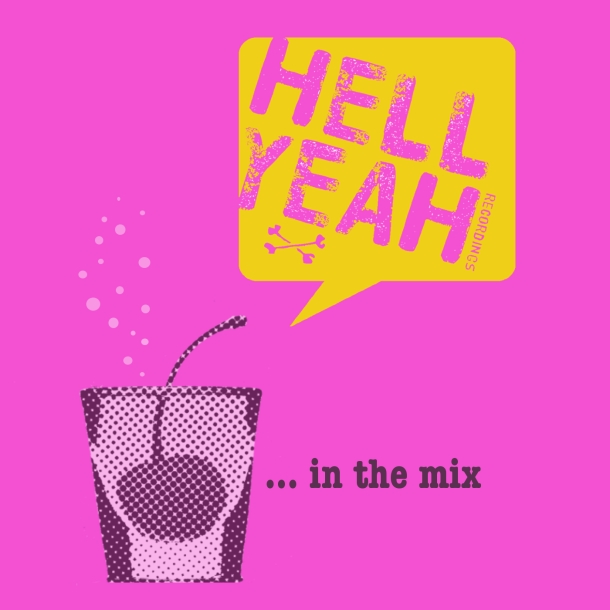 When did you first become aware of the term balearic / balearic beat?

In around 1996, I started working for “International Affairs” at Bologna’s indie label Expanded Music – home of Italian Records, DFC, Mantra Vibes, and early on, Hell Yeah Recordings. One of the first license requests I negotiated was Sueno Latino`s Sueno Latino for a comp called Classic Balearic Mastercuts Volume 1. Mastercuts were kinda tight with promo copies, so I copied the company archive one onto cassette. That same year Expanded signed Express of Sound`s Real Vibration to Positiva, and the artwork they did for CD single release was a map of Ibiza. The track was apparently hot on the island. So at this point I began to connect the dots… the Chicco Secci tunes, Ku Dance, Whip Of Rhythm that I was taping from the radio in the late 80s…, the promotional campaigns we were organizing especially for the DJs who held summer residencies in Ibiza – it all started to make a bit of sense. To me Balearic Beat was the music those DJs were playing. To satisfy the tourists / clubbers there, they had to play different styles / tracks to make French, English, German, Italian, etc., tourists happy. Every country had different tastes / hit parades at the time. During this same period I heard many anecdotes from the DFC production team – Ricky Persi was particularly generous – describing their hedonistic experiences on the island – about the wild parties, hanging out with the singer of Electrica Salsa (Sven Vath), the fountains of champagne and all the rest. At the time I was into industrial hardcore, Spiral Tribe, break-core, Alec Empire, early drum & bass, Rephlex stuff… I didn’t take much notice.

Did you DJ at, or attend, any parties that you would describe as balearic? If so, when and were these parties? Who would have been the DJs – other than yourself? What I’m really after is your entry point to this idea of balearic / balearic beat.

I was still fond of alternative electronic sounds, but the squat movement I was involved in weren’t happy with me working for a proper record label. It was too commercial for them. Mo’wax, Wall of Sound, trip hop, big beat, Skint Records came into my life and became the next step in my musical world.

I convinced Expanded Music to make subscriptions to english magazines so we could keep up with what was going on and I started to follow religiously Muzik Magazine and Jockey Slut. Before Cantoma, Phil Mison was writing downtempo reviews for Muzik and before Aficionado, Jason Boardman wrote a regular column about club backrooms for Jockey Slut. One of the journalists  whose recommendations I was most into was Rob Da Bank. Rob had a little party at the Tearooms Des Artistes near Clapham Common, called Sunday Best. Between 2000 and 2001 I worked on what turned out to be the biggest commercial success of my career, Santos` Camels. Because of the success of this tune we were in London every month in London and every time I could I went to Sunday Best… for me that was the coolest, eclectic thing around at the time. The first two Sunday Best compilations ended up being released by my friend Massimo Bonaddio`s label, Dust 2 Dust. The same year I even made my debut in Ibiza. We had a top 10 hit in UK, so we had to go and perform on the island. I hated it. Too commercial. It took Kenneth Bager many years later to help me discover the magical side of Ibiza, which, of course, I now love.

Does your own eclecticism come more from balearic / balearic beat or afro / cosmic?

I grew up in the country side of Emila Romagna, Ferrara. In the 80s and 90s Cosmic Baldelli, Afro L’ebreo, and funky Mozart would all play a club just around the corner from me every weekend.

But since I was more into hardcore techno, raves, hip hop….to me it was just shit for old geezers with Pallas cars (the classic Citroen DS). Now, funny enough, all those DJs and some of the clubs are still around and rocking, having a second life. Arlecchino Disco is legendary and still going.

Do you see balearic / balearic beat simply as one of many genres that you can cherry-pick from for sets?

I play Balearic, Balearic Gabba as I call it. My record collection is divided into album and singles. I my aim is that whatever I play – album or single – it should be killer tune after killer tune, in the best possible order. This for me is balearic.

In 2019 is balearic / balearic beat relevant as a term? Is it simply eclecticism?

In 2019 playing balearic to me is being able keep people interested while playing across a wide range of genres. To have those people break out spontaneously into dancing – perhaps to records they never thought they’d dance to. The most balearic tracks are usually from artists you don`t expect to be balearic.

Do you attend any current parties that you describe as balearic?

Yes, Buena Onda in Berlin is a horizontal rendezvous. I started this party in Bologna in 2014. It was a monthly thing. I booked guests such as Joel Martin, Moonboots, Leo Mas, Tako & Abel from Red Light Records,  Phil Mison… the best of the scene.. All of the DJs would make me a promo mix which the night before the party was streamed on National Radio 2. This was my way to help to spread the balearic vibe. Then I moved to Berlin, and continued Buena Onda, now as a weekly Monday night – with the motto “Monday is the new Sunday”.

Berlin very often doesn’t follow that “crescendo” thing of warm-up, peak, end of the night reentry, so a Buena Onda being a proper chill-out party connected many of the city’s music lovers. At Cafe Futuro – a very nice spot run by Franz Scala – maybe I had only 15 to 20 customers per night, but people like Jona Jefferies, Kava, Eddie C, Tornado Wallace, Fantastic Man, Trujillo, Gatto Fritto, Zambon, were among them so for me the operation was a success. I recently relocated back to Italy but Buena Onda is still going, at Arkaoda in Karl Marx Platz, Neukolln, every Monday. My brother Matteo Gallerani AKA Gallo and Jona Jefferies are carryng the torch with passion and respect, I’m so thankful. It’s all about love for the music and sharing it. We celebrated our 5th birthday this year on November 15th. The special guest was one of our musical heroes, Phil Mison.

Are there any current labels, DJs or artists that you would describe as balearic?

All the DJs I like have something balearic about them – balearic approach, programming, or just a sense for playing odd tunes rather banging for 4 hours pulling something weird out for the last track. Phil Mison, Moonboots, Calm, Bjorn Torske, Prins Thomas, Ivan Smagghe, Kenji Takimi, David Holmes, Weatherall, Leo Mas, Ralf, Sotofett, FettBurger, PeakNick, DJ Hendrix… the list is long and subject to constant change. I’m surely missing someone. Maybe I’m getting older but I don`t follow religiously labels or producers like I used to. The internet has made everything faster, so the style of labels and producers can change very quickly, but I’m happy that my label, Hell Yeah! Recordings, is sticking to the “balearic” spirit.

Everyone`s idea of balearic is different…one person’s poison is another’s…..but could you please if possible provide me with the names of three classic balearic tracks and three new tracks that you would classify as balearic?

This is where my balearic journey somehow started.

I have no tattoos, but if one day I decide to have one, it will be:

I bought the 7” at this small shop n London called Divison One, it became a classic for me, and many others…It ended up on one  of my fave comps ever that Salinas Sessions comp by Jon Sa Trinxa. Jon eventually became one of my heroes. Later on I’ve even released a jazz cover of this one on my own label.

Gallo – Faron (Fabrizio Mammarella Ambient Remix)
This is the first track where I felt “oh, I made this” when I played it at a sunset, Hostal La Torre. It made sense, the place, the music, the tears, the joy, the reaction of the people, the DJs, there. Produced by my brother. A little family classic.

My brother also recently remixed J Walk`s Find Another Breeze, and that`s another future classic. It`s due out next spring on a Buena Onda E.P.

Sandro Perri – In Another Life

I discovered this through a selection by Japanese producer / DJ Calm. Everything is perfect – the sounds, the lyrics, the trippiness, the length… and a its a fine example that proves that the best Balearic tunes come from unexpected musical corners. 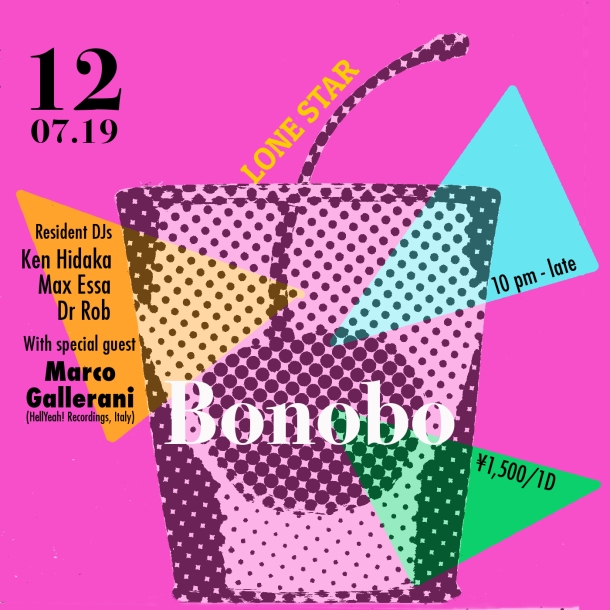 Presented as further evidence in the case for / against “Is Hell Yeah! Balearic?” there are two mixes here, which focus on the label`s back catalogue. One put together by me, the other by Lone Star resident Max Essa. Please have a listen and decide for yourselves. Thoughts and feedback will be greatly welcomed.