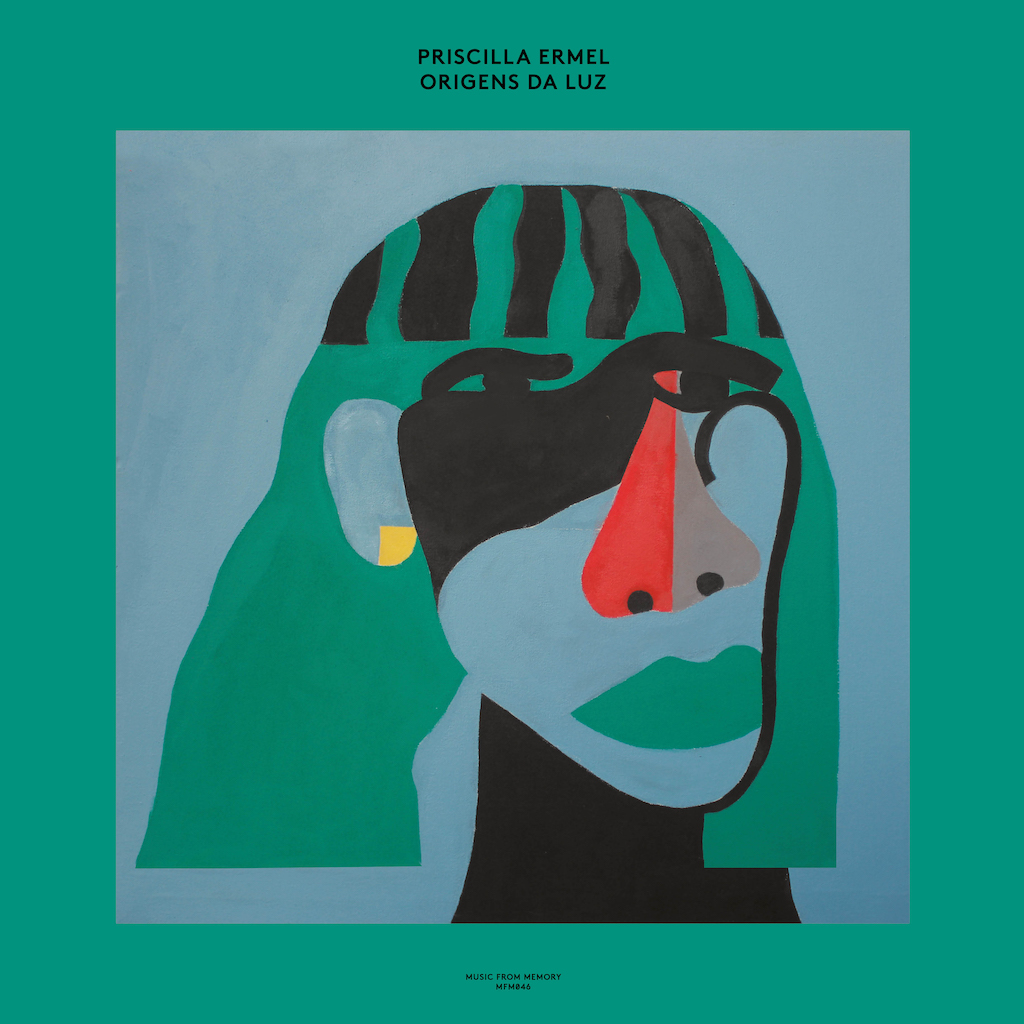 Origens Da Luz is a retrospective that needs to be listened to in its entirety to be fully appreciated. Expertly selected and sequenced by John Gomez it rises and falls between song and acoustic instrumental meditation. Unhurried, uncomplicated compositions whose ebb and flow perhaps reflects their author’s practice of Tai Chi. The small ensembles at play here making like wind chimes gently rattled by the breeze.

Taken as a whole, while not speaking a word of Portuguese, there`s a strong sense of narrative, of a story being told. The assorted woodwinds and assorted strings, both plucked and bowed, suggesting a movie soundtrack, or score to a theatrical production. The pieces segueing in such a way that themes seem repeated and reprised, despite their being recorded over a 6 year period. Lifted from Priscilla Ermel`s 4 solo LPs – Saber Sobre Viver, Tai Chi – Gestos De Equilibrio, Cine Mato Grafico, and Campo De Sonhos – and dating from 1986 to 1992, they represent an evolving experiment in fusing Brazilian tradition to more modern soundscapes. Cello, and dilruba. Ocarina, and chirimia. Bombo, cajon, congas, and cymbals. Ceremonial gongs, surdo and tabla. Instruments from India and the South Americas. Drums from Argentina, Brazil, and Peru. Batucadas of berimbau, cowbell and timbales. Crazy celebratory cries and chants, countered by romantic laments. Mixing percussive campfire folk with heavily reverbed piano and new age synths. So that in places the music comes across like Lula Cortes – with added orchestra.

Two of the pieces have featured on John’s acclaimed Outro Tempo compilations, and its there, obviously, where the closest companions to Priscilla`s music can be found. Between Edson Natale and Maria Rita. One of those pieces, the epic, 15-minute, Corpo De Vento, remains a standout. An incredible journey that starts out traveling up river, looking for Kurtz, to the tune of tribal timpani, juice harp, and eerie blown reeds, before guitar and cello fill its heart with light. Imagine an organic version of Richard Wahnfried`s Druck.

Throughout sides A, B, C and D, field recorded conversations fade into beautiful acca pelas, and choral harmonies. While wildlife and fauna are almost omnipresent, peaking to consume the final track, Mensageiro, and close the collection.

You can order a copy of Priscilla Ermel`s Origens Da Luz directly from Music From Memory.