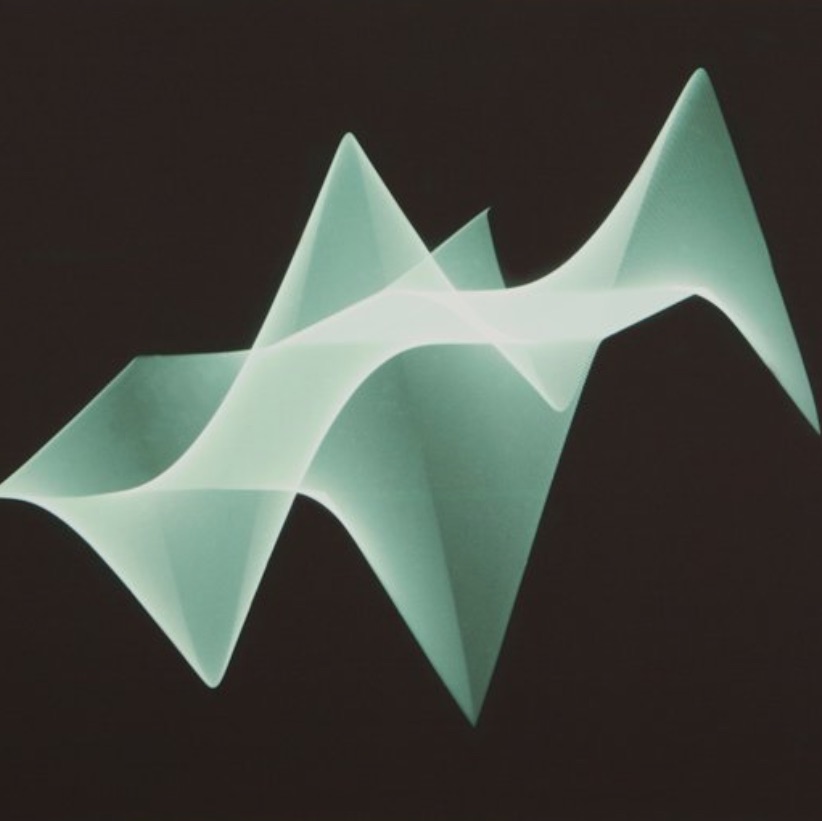 The Vasulka Effect is a 90 minute documentary focused on the life and work of Steina and Woody Vasulka. It follows the couple as they set about the task of archiving, digitalizing, their art for preservation in the University of Boulder library. Sorting through reels, not cassettes, of video tape, countless ancient computers and hard-drives. Traveling back over 5 decades, to when they first pioneered the processing of moving images. Re-telling their story as they do so. 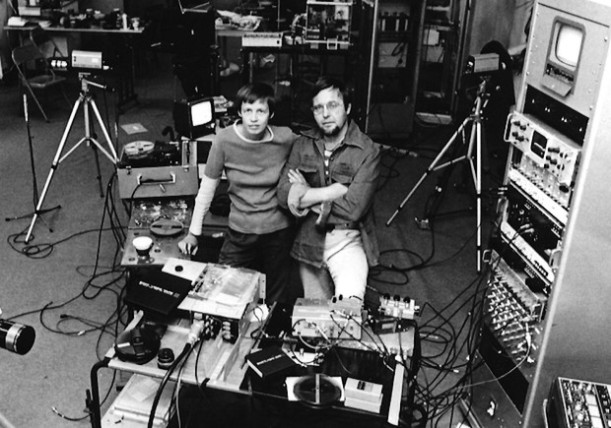 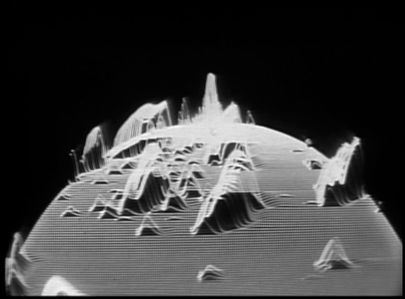 The couple`s days were spent experimenting. Fascinated by “the signal” they set about swapping audio outputs and video inputs – turning sound into vision, and vice versa. Creating multi-media, multi-screened collages from the music made by Steina’s violin. Scavenging for gear in the tips on Canal Street. Engaged in a 3D-imagery project they were introduced to the milieu of Warhol`s Factory, where they searched for subjects. There are in their collection clips of Andy, and Dali. Steina`s friendship with Factory superstar Jackie Curtis – she who “thought she was James Dean for a day” in Lou Reed`s Walk On The Wildside – led to the Vasulka`s documenting the avant-garde productions at Ellen Stewart’s La MaMa Experimental Theatre Club, which paved the way for the couple to display / perform their own art upstairs at Warhol circus hang-out Max` Kansas City. 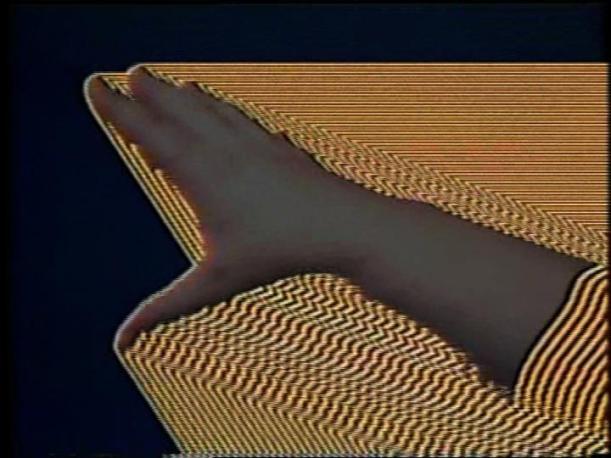 Filming everything in these colourful times, such as the first Earth Day demonstrations – which happened right outside their front door – the Vasulkas ended up on FBI lists – primarily for the footage they’d got of the Black Panthers. Ignored by the art community – who saw them as “Techies” – they paid their way with commissions from the underground, from folks such as The Panthers, and the emerging porn movie industry (there`s a psychedelic video of outtakes called Sex Machine, which I wish were available – to link to – on Youtube). The traditional galleries` lack of interest in showing their electronic endeavors prompted to the Vasulka`s to do-it-themselves, and in 1971 they founded the legendary venue, The Kitchen. Originally at 240 Mercer Street, The Kitchen was a hub, a home, for otherwise homeless artists, who included Laurie Anderson, Rhys Chatham, Philip Glass, Robert Mappelthorpe, Arthur Russell, and Cindy Sherman. Now famous names who might have otherwise never been seen. The legacy of this gesture alone is immense. 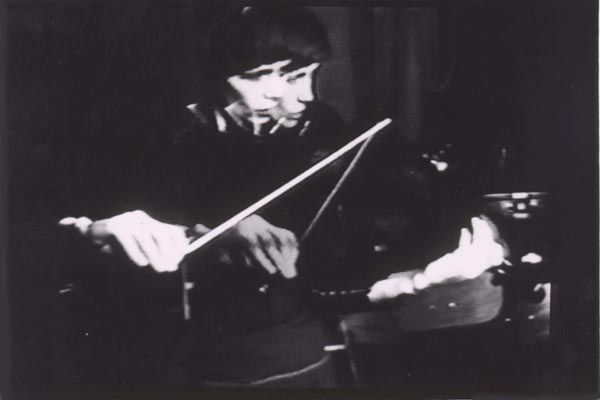 In `74, offered professorships, Woody and Steina, left a rapidly changing NYC for Buffalo, where they formed part of cross-discipline think-tank / family in Buffalo. Building ground-breaking digital image processors and making LSD-inspired movies. Illuminating landscapes that everyday eyes take for granted. Like Blake seeing “a world in a grain of sand.” Eventually receiving Guggenheim Fellowship grants they settled in Santa Fe – to escape Buffalo’s snow. And then, when the grants dried up, their one last project seemed destined to be “to die $1, 000, 000 in debt”. However the rediscovery of Steina’s films of her homeland – taken while tripping and treated to re-capture the hallucinogenic beauty she`d witnessed – in 2014 sparked the creation of The Vasulka Chamber in Iceland’s National Gallery, and subsequently a counterpart permanent exhibit in Woody`s Czech hometown of Brno. From the exhibitions came patrons` interest in purchasing prints, the production of which revived the Vasulka`s finances and careers. When blown up to poster size these stills from their TV installations are amazing. Like archeological shots of the future sent back from the past. Portraits of the ghosts within the machine. 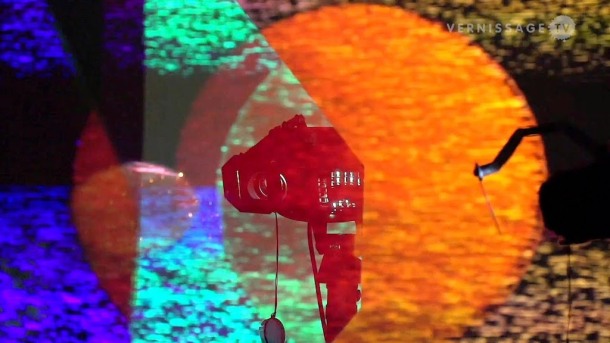 Described by one interviewee as “the shoulders which all video art has grown from”, Steina and Woody were giants, whose process, perhaps in hindsight has turned out to be a dissection and commentary on communication – especially on how we communicate now, largely through the great grand children of the tools they sought to develop. A deep meditation on how these tools have the potential to redefine our reality. The Vasulka`s foresaw our current media-scape. To say that they were ahead of their time is a major, major, understatement. But as much as anything The Vasulka Effect is a love story. For them “the work”, each day, was, as Steina describes it, “play”. There are so many moments of them dancing, dancing, always dancing.

The score for the documentary, by Icelandic duo Hugar, is supremely understated, and while in the main it exists as a vapour-like cloud it somehow manages to exude all the considerable warmth that the Vasulka`s story warrants. The compositions for strings, piano, brass and guitar painstakingly reduced to Eno-esque atmospheres – ascents, gentle graceful glides of muted fanfares and drones. Spectral symphonies of honeyed hum. Warhol`s star represented by crystalline chimes. Dali`s theme, tiny bells. Clustered notes and keys falling in cascades, not like rain, but tears of laughter and joy. Traveling in stereo from ear to ear like the smiles worn seemingly constantly by the film’s protagonists. Found sounds hidden in harmony, bold bass tones, and a heartbeat-like thump. The wordless whispers of Hugar`s own machines subtly underlining these incredible lives committed to art and exploration.

Hugar`s The Vasulka Effect was released digitally on October 2nd, the vinyl is due early November – both care of Sony Masterworks. If you get a chance to check the documentary I strongly urge you to do so. It`s an inspirational gem. 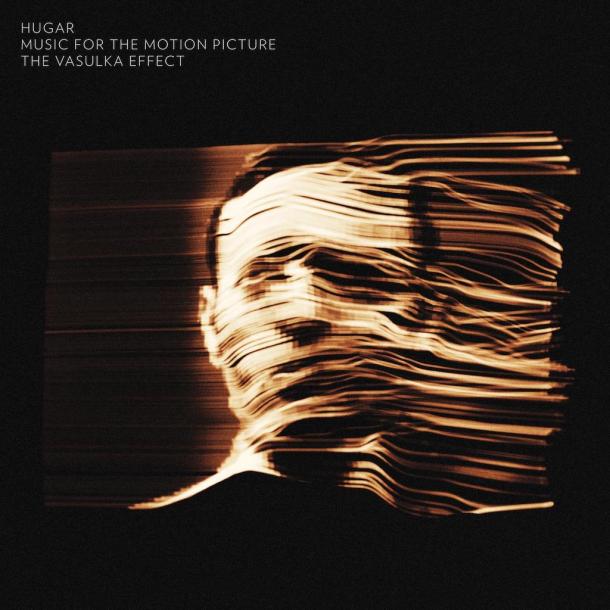