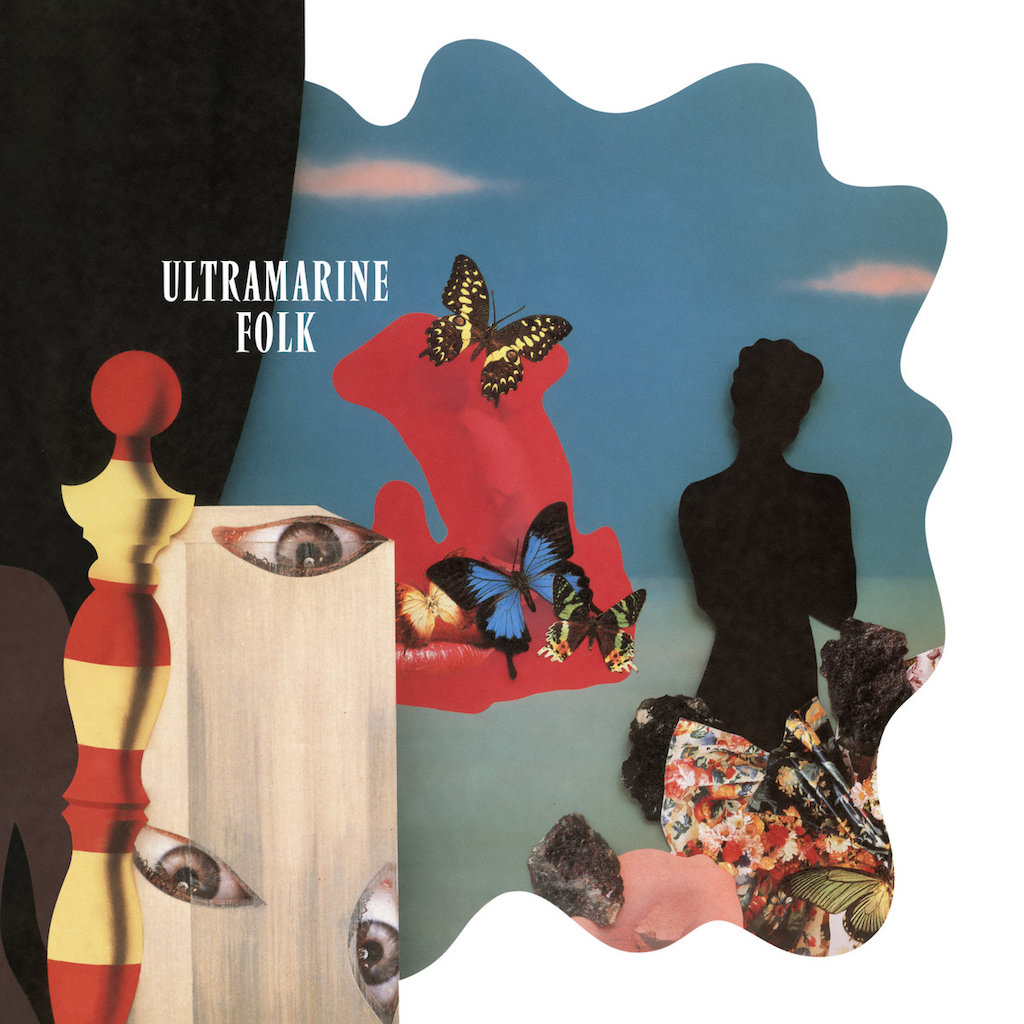 Cherrystones included a track (Bled Dry) by A Primary Industry on his new Touch Sensitive compilation, Critical Mass Volume 2, and now API, or rather the band they became have their own debut LP reissued by fresh London imprint, Foam On A Wave. API were initially a 5-piece, based in London, but slimmed down to a quartet in order to de-camp to Belgium in 1989 and record Folk for legendary label Les Disques Du Crépuscule. For this slightly more stream-lined set up they adopted the name – taken from API`s sole long-player – Ultramarine.

Founding members Ian Cooper and Paul Hammond met in school, and had been making music together since late `82. In Brussels they were joined by Paul’s brother Simon on drums and Jemma Mellerio on vocals and clarinet. Self-confessed fans of A Certain Ratio, API were lumped into the genre “industrial funk”, and Folk`s locked grooves in places recall those of both ACR and the Mancunian`s fellow travelers, 23 Skidoo. The influence of Factory Records, and Manchester’s independent music scene in general, looms large across the album`s eight tracks. Especially the post-punk jazz of The Swamp Children, and Johnny Marr`s Rickenbacker jangle. In addition there are art-rock elements, perhaps inspired by outfits like Blurt and 4AD`s Dif Juz. The rough reggae lilt and digital dub breakdown of Bullprong is a ringer for the avant-pop of Gareth Williams and Mary Currie`s Flaming Tunes (which has coincidently also been given a much needed repress).

In the main Folk consists of fluid jams between bass, clarinet and the accordion of studio engineer Staf Verbeeck, and it`s the interplay of breath and bellows-driven reeds that casts Ultramarine apart from their contemporaries and peers, bands such as The New FADs. Ian and Paul were at this point only beginning to work with machines. Some sampling, and scratching, is evident. Poetry floats in and out. Was that a fragment of the Funky Drummer I just heard? Jemma`s subliminal Cosey Fanni Tutti-esque provocative purring on Vulgar Streak is punctuated by clipped  6-string flashes a la Prince`s Alphabet Street. But the electronics are largely kept to subtle background details and effects. Giving no real hint of the loved-up “IDM” Ultramarine would make only a year later, once they’d regrouped as a duo, and started hanging-out in Soho, at Sean McLusky and Mark ‘Wigan’ Williams` club, The Brain. The flickering frequencies here barely foreshadowing the “Folk-tronica” to come.

None of the record is particularly “organic”, or pastoral-like – folk – other than in the James Brown sense of “it`s made by folks, so it must be folk music”. Antiseptic, for example, irresistibly indie-dances to a baggy beat built from a pitched-up bite of borrowed go-go. Pots and pans, and drums hit with keys, while Ian’s guitars generate feedback freakouts. The results like Happy Mondays gatecrashing a Kalima gig.

You can order a copy of Ultramarine`s Folk directly from Foam On A Wave.