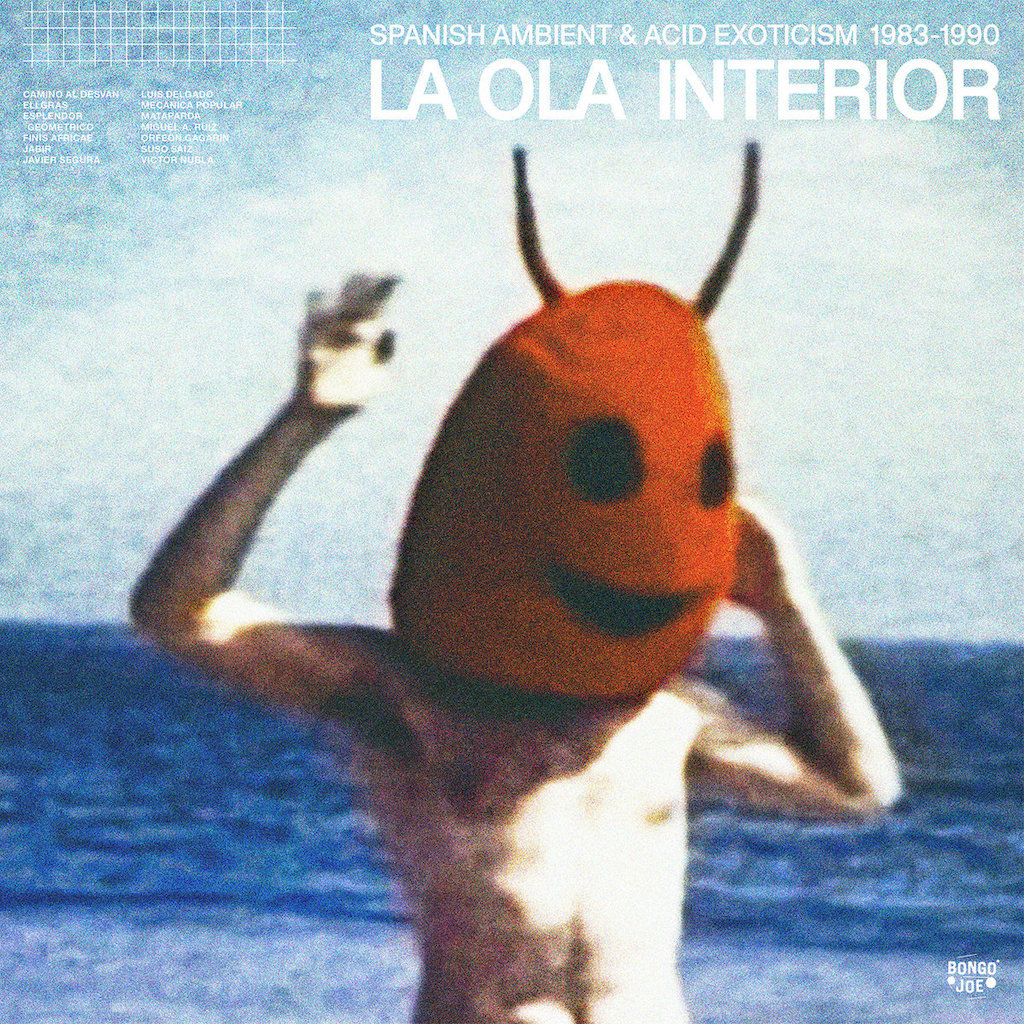 Now this is an interesting record. When I listened to the music – compiled by Loic Diaz Ronda for Bongo Joe – I imagined that the story behind it was similar to that of John Gomez` outstanding Outro Tempo collections. I was guessing that the artists involved were attempting to preserve their national heritage by incorporating traditional music into modern electronic compositions. Reading the sleeve notes, however, I learned that what they were trying to do was in fact the exact opposite. Their actual aim was to break free of history and transport the listener to a landscape untethered from limiting borders. The goal, like pioneer Jon Hassell`s, to escape here & now, and construct through the use of sustain, echo, and space, a terrain thoroughly “other”.

The liner is at pains to point out that the works gathered represent two very different schools. The first, non-musicians who were part of a DIY “cassette culture”, which emerged from Spain’s post-Franco, post-punk multi-media movement, Movida – a creative force chronicled on Bongo Joe’s previous compilation, La Contra Ola. A culture that existed in limited runs of self-produced tapes, available only by mail order, and which connected inquisitive likeminds from Tenerife, Puertollano, Madrid, Grenada, and Barcelona`s underground, “Ciudad Secreta”, secret city. A small army of youthful adventurers inspired by both German innovators, like Dieter Moebius, Conrad Schnitzler, and Tangerine Dream, and the advent of newly affordable technology. Often plundering the African and Caribbean catalogue of French label, Ocora, for suitably “far away” source material.

The second group consists of classically trained folks, such as Suso Saiz and Finis Africae`s Luis Delgado – “progressive” `60s counterculture “hippies”, who had actually been sort of sidelined by Movida, but who in Delgado`s words were, sonically speaking, simply “by any means, looking to open paths that had never been hiked, to walk on roads without landmarks.” All of these individuals collected ancient instruments – bells, gongs, reeds, woodwinds and zithers – from around the globe, which none of them really knew how to play. The strange sounds emitted from these strange strings adding to the alien atmospheres they sought to synthesize.

The musical place were these disparate characters meet, Loic has called, Acid Exoticism – I’m supposing due to its “transport-ative” nature – and and the 20, frequently short, pieces assembled, do add up to a pretty psychedelic whole. This “musica discreta” being hardly Japan’s calm, bucolic “kankyo ongaku”. More a mind-bending BGM, for say a magic mushroom party, built largely from loops and drones. Buzzing synths that wheeze like the spectre of an old seadog`s squeezebox. Orchestras and pipe organs that are treated and twisted into a slow loping funk. Overdriven, saturated sounds. Grooves locked, feedback and resonance ringing. These are sci-fi tropics of LFO rumblings and squelches, shortwave squiggles, modular madness, and proto-techno twittering. A hybridized heat-haze of theremin tones, assorted percussion, shimmering like a summer shower, mutant marimba, and machined beats. Vocals are field recorded hollers, and Sufi prayers, off somewhere in the distance. Or Mr. Delgado bellowing like a sleepy and sun-dazed, blissed-out, balearic Beefheart.

One of the most striking selections on La Ola Interior is Javier Segura`s Malagueñas 2 – a truly epic, cinematic score that evolves into a distorted, super emotional howl. A scorched but beautiful scream, invoking tragedy of Greek proportions, and heroism literally torn apart. Foreshadowing, predicting, say Pita`s 1999 electronic music landmark, Get Out, and the oeuvre of Abul Mogard. When I asked Loic about how he happened to find this particular piece, this is what he said:

“Well, I was interested in Javier Segura’s first band, a short-lived post punk combo from the early 80’s called Arte Moderno – that I`d discovered through Los 80 Pasan Factura, a small and marvellous Spanish imprint devoted to Canarian musicians. Then I began to look for Javier’s previous, solo works, because I was very interested in his approach to sound, and in his experimental temperament – which merged punk and funk with electronics. But the original records were quite hard to find, as he`d just privately pressed a few copies, and they`d never been reissued. I love the Arte Moderno stuff – but it`s all kind of heavy, edgy, furious and dissonant mutant dub, and I was looking for something slower for this new compilation. I kept searching because once I`d formed the idea for the compilation, I knew exactly what kind of tracks and what kind of atmosphere I wanted – and I just knew that Javier must have made that sort of music at some point. I knew he was influenced by acid folk, and also that his home – the Canary Islands – is the Spanish gateway to Africa – just 100 kilometres west of Morrocco – so there had to be something out there…Finally, I landed, by chance, on his Youtube channel and discovered a bunch of unreleased tracks from the early `90s. Among them were two versions of Malagueñas. Malagueñas 1 is a song, with vocals, but it was Malagueñas 2, the instrumental version, that blew my mind. With its complex layers and hypnotic pulse, the track had this both Andalucian and Arabic flavour – it was the essence of what La Ola Interior was dealing with. It was just perfect. Also I couldn’t believe that the clip had been listened to only 10 times! I was very happy, and so was Javier when I contacted him and asked him for permission to use the track, as it was one of his favourites. He says that Malagueñas 2 still thrills him when he listens to it now, thirty years after it was made.”