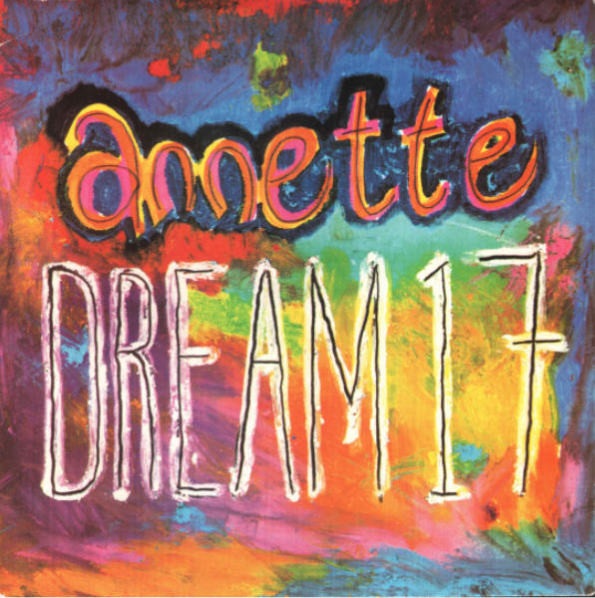 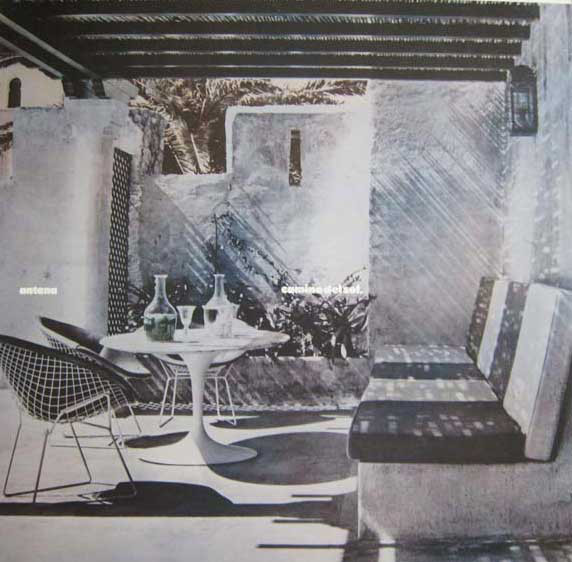 This is easily one of the most beautiful records I own, and I own quite a few. A stunning 5 track mini-LP. I have an Italian pressing, and that small stamp on the label makes it feel just that little bit more cosmic, but it’s originally on the cult Belgian label Les Disques Du Crepuscule – as the band are a French / Belgian all female group. The most famous of which s obviously Isabelle Powaga, also known as Isabelle Antena.

Like most Brits, I was introduced to the Camino Del Sol via DJ Harvey`s Sarcastic Study Masters Volume 2 mix, and it’s one of the most Balearic things I’ve ever heard. I couldn’t quite believe that I’d never come across it before. It would be a highlight of any record it featured on, but that’s not to say there’s anything disappointing about the rest this E.P. Every one of the 4 other songs is great, blending Latin and Brazilian influences with electro and synth-pop. Achilles and Bye Bye Papaye are my next favourites, but anyone who`s interested in the exciting mixture of music which emerged out of post-punk will find this completely enthralling.

I hurriedly bought my copy via the gemm.com website as soon as I had an idea what it was, and it came from a shop in Florence for 30,000 lire – about €15 – with a great little descriptive label:

Makes me want to listen to it, and I can’t read or speak Italian! 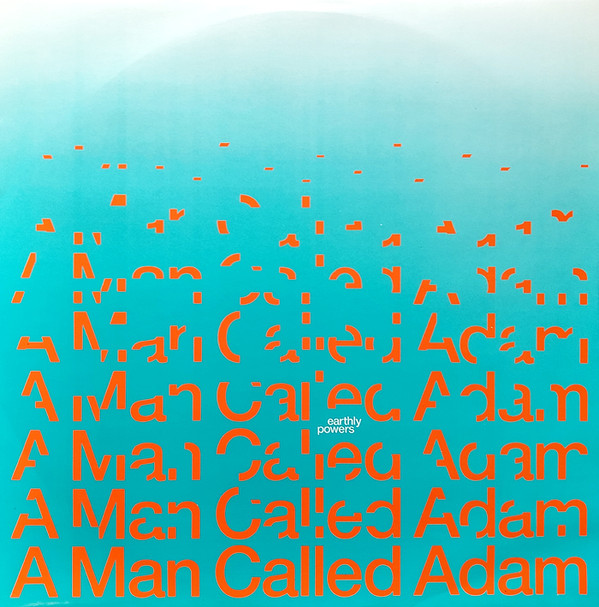 The B-side wins again on this early outing from Sally Rodgers and Co. Can you believe they’ve been making music for – counts fingers – 32 years! In fact this isn’t their first release, that’s from 1988, so it’s 33 years. Anyway, while you all process that devastating news, let’s talk about the music. I bought my copy of Techno Powers second hand, and the helpful soul who previously owned it has written “A” and “45” in big black magic marker on the b-side, just in case I had any ideas about listening to the other side. But they were right, the b-side, remixed Mat Clark and AMCA together, is an astonishing concoction of electro, breakbeats, a wobbling synth bass-line from heaven, and some sparse, jazzy instrumentation that places this somewhere very unique: quite near Larry heard, but not a straight up house / techno record. It simply defies categorisation, which is probably why I love it so much. Thirty-two years old and still sounding contemporary.

The B-side wins again!!! How 1984 does this record look! A monster slice of slightly goth-tinged electro-pop from German New Wave / NDW (Neue Deutsche Welle) musician / singer, Angela Werner. This stunning track seems to have been her final outing. I think most of us were introduced to this killer record by David Mancuso at one of the London Loft parties at The Light. Talk about a ‘non-typical’ Loft record – this probably isn’t what you’d expect, but you have to remember that the Loft ran throughout the `80s and `90s, and David was always striving for new music to play. Despite its slightly cold, European demeanour, this is a very funky record. Thankfully those nice people at Dark Entries, in San Francisco, reissued it a couple of years ago, so you no longer have to trade a minor organ on the black market to be able to buy a copy. They even added a bonus track, Kites. There was actually a quite nice dance version of this song out in the summer of 1990 by a band called Ultraviolet, with Maria Nayler singing, which I quite liked at the time.

Postscript: A nice little addition to this post happened on Facebook. Alex from Voices tagged Victor Rosado in the comments section, regarding how David Mancuso came to be in possession of such an oddity:

Alexander Pewin: To add further trace to the record…Victor Rosado brought this to David at the Loft in NYC…way back when.

Victor Rosado: Very true I bought record simply because it a sticker on the cover that said DMM, DIRECT METAL MASTERING, and David came to mind as the pressing and mastering was of great quality and he was a stickler for this kind of stuff and it turns out to be that it wasn’t a bad song to boot but the sound that came out of it was superior. That’s the story of how he came to know this record. One of many records seeds I planted at my tenure at the loft. Loved every minute of it. My story will be in the book I’m currently writing.

See, the internet’s quite good really.

I first picked this up on the compilation LP North: The Sound Of The Dance Underground – also on Deconstruction – that I’d bought primarily as a cheap way of getting both A Guy Called Gerald`s Voodoo Ray, and T-Coy`s Carino. Dream 17 is right up there with both of them, though, probably because it is both of them, collaborating on some cool, minimal early house. Great bass-line, sexy vocal.

My interesting Annette story: A couple of years ago top bloke Andi Hanley did a re-edit of this on Rong Music. It’s great – he makes it even longer, which is possibly my only criticism of the original – it’s too short! Anyway, I was playing it in my sets a lot! Kelvin Andrews and I were booked to do our Down To the Sea & Back thing at one of the Elektriks “Come As You Are” bank holiday events in the courtyard of the Refuge in Manchester. I played this, people danced wildly, all was well. Suddenly a young woman in say her early 20s comes towards me behind the decks. She leans over and says to me “this is my mums record”, then walks off. I think for a moment, then turn to Luke and Kelvin. “Did you hear what she just said to me?” I ask. Kelvin runs after her. After a quick chat he returns smiling. Yeah, Annette’s her mum!

Deranged, disturbing electronic synth-pop from Anna O’Malley, who only ever made one other record. Systems Breaking Down is written by a chap called Ken Leray, who also wrote Together We Are Beautiful, which was made famous by Fern Kinney. Once you know that you really do hear similarities. It’s an amazing track, which was introduced to me by Mark Seven in the days when you’d have to call him in Sweden, and he’d play you records over the phone. I included it on my Cosmic Alphonsus mix series. On Volume 4, I think? Both mixes are great. The A-side has a full vocal, which is quite disturbing – it could be hailed as an early #metoo anthem. The B-side is a much sparser, dubby, take, the ‘Dance version’. Again, it was bootlegged, but then the brilliant Be With Records label gave it a proper official reissue, so should be easy to get a copy.

I’m on to my 6th post and these records are all by women, which is nice! Hilariously this is another record that I still think of as a contemporary / new dance record: it’s 22 years old!!! A stunning debut from Norwegian singer Anne Lilia Berge Strand, produced by her incredibly clever boyfriend of the time Erot, who sadly died just 2 years after making this, at the age of 23. The record is a gorgeous mix of breathy vocals and quirky, electronic pop over a driving house rhythm. They ‘borrowed’ the melody line from Madonna’s debut single, Everybody, but cleverly re=played it rather than sampling it, and so got away with it. Although I love the vocal, it’s the B-side again that I play most, the ‘almost instrumental’ The Greatest Dub. I have one of the first 1000 copies pressed, and it’s on red vinyl. Pretty sure it was from Piccadilly Records. 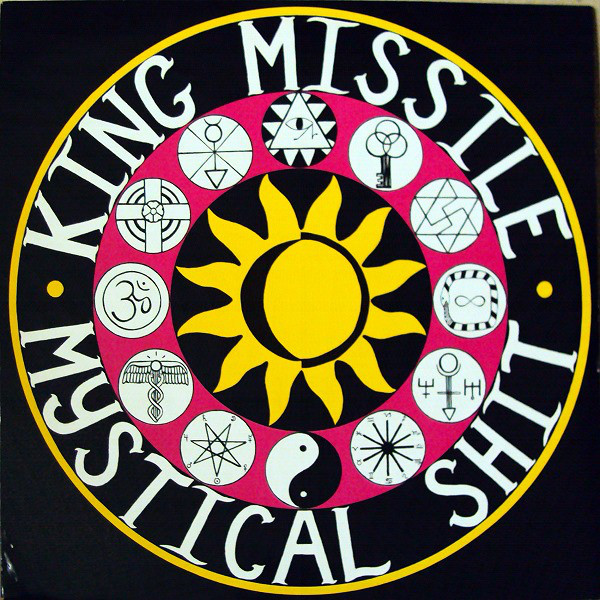 No time like today to dig out this comedy classic, which is also a lovely piece of music. Many’s the mixtape or chillout / back room set I started with this in the early 90s.
“Jesus was way cool
Everybody liked Jesus
Everybody wanted to hang out with him
Anything he wanted to do, he did
He turned water into wine
And if he wanted to
He could have turned wheat into marijuana
Or sugar into cocaine
Or vitamin pills into amphetamines
He walked on the water
And swam on the land
He would tell these stories
And people would listen
He was really cool
If you were blind or lame
You just went to Jesus
And he would put his hands on you
And you would be healed
That’s so cool
He could’ve played guitar better than Hendrix
He could’ve told the future
He could’ve baked the most delicious cake in the world
He could’ve scored more goals than Wayne Gretzky
He could’ve danced better than Barishnikov
Jesus could have been funnier than any comedian you can think of
Jesus was way cool
He told people to eat his body and drink his blood
That’s so cool
Jesus was so cool
But then some people got jealous of how cool he was
So they killed him
But then he rose from the dead
He rose from the dead, danced around
Then went up to heaven
I mean, that’s so cool
Jesus was way cool
No wonder there are so many Christians”

In the interest of balance, the Balearic Mike Broadcasting Corporation would like to point out that other religions / religious figures are available … 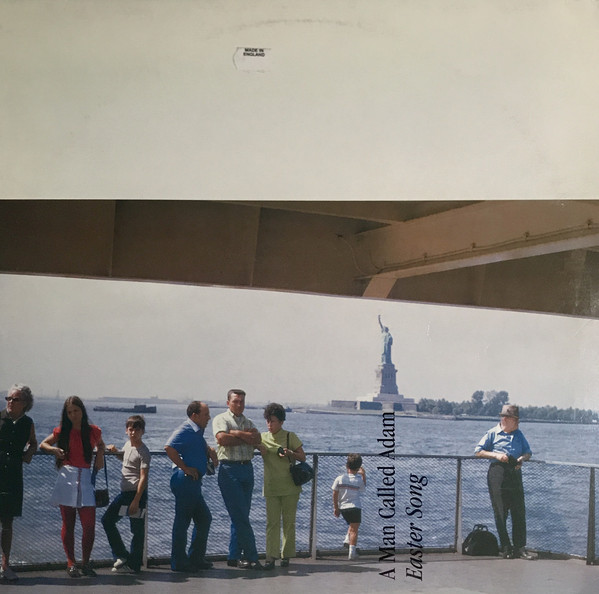 A Man Called Adam – Easter Song – Other 1999
And from the ridiculous to the sublime. I never really get past the ‘Full Length Café Del Mar Mix’ on the A-side, but there are 6 versions here. And they’re all a joy to listen to back-2-back. As perfect a ‘sunset at the café …’ track as you are likely to find. No words really … Just beautiful.