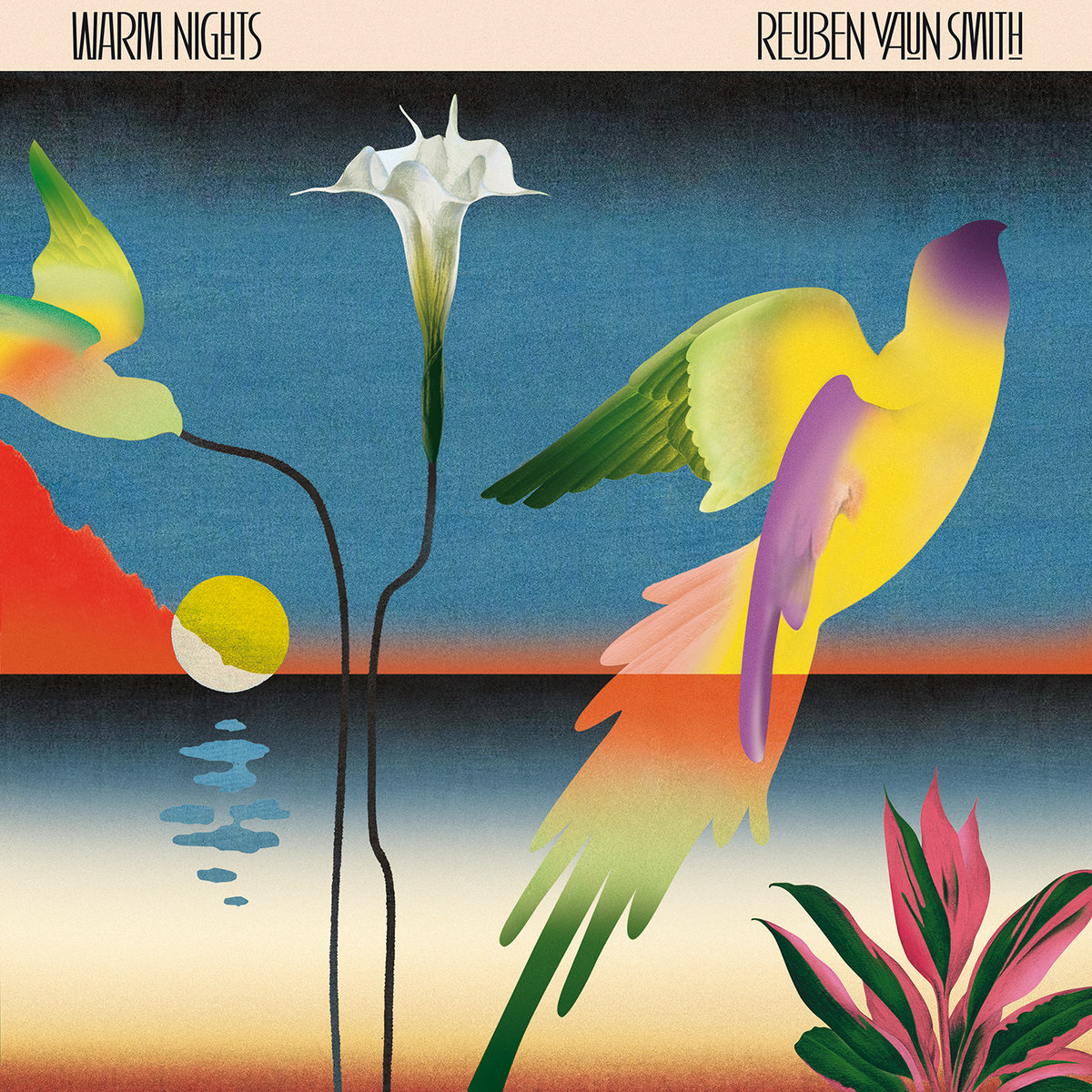 Reuben Vaun Smith probably first came to folks` attention with the Expositions E.P. released late 2019, on Forest Jams. Very much a cult hit it was quickly followed up by the brilliant Night At Casa Ana, on Andy Pye`s Balearic Social Records. Then, almost immediately, a long-player arrived, from Soundway, under Reuben’s own name. Warm Nights was something that I found I kept coming back to, when preparing DJ sets and compiling mixes, making it, for me and many others, one of last year`s standouts. Reuben now has a new album, Sounds From The Workshop, scheduled to hit shops at the end of August. We`d been talking for a good while about doing a short Q&A, and this seemed like the perfect time.

Where are you from, and where are you based? I thought you were from Leeds, but whenever I see a photo of you, you’re sporting sun-bleached hair and a serious tan – like a Californian surfer dude.

I’m from Leeds but currently based in Gibraltar, since March, doing a yacht master course – haha – so that explains it.

Can you tell me how you got into making music?

Making music happened just as a natural progression from collecting records. I got into collecting and finding new music heavy at 18 then just before my 20th I ended up messing around with a friend on his laptop making bits and bats, then bought a Mac because I loved it, and then it all rolled from there.

What instruments can you play? Have you had any formal training?

I play keys mostly but I do most of everything through them. I do love playing the bass-lines. I’ve had zero training, I’ve just had hours and hours in my workshop messing around really.

How long did it take you to make Warm Nights?

I don’t know exactly how long Warm Nights took but it definitely wasn’t a thought out thing like I’m writing an album.. it was more like just what I’d jammed out at the time over a few weeks, and then me and Miles at Soundway picked out the tracks we wanted.

You’ve mentioned that it was parties / events that your dad was organizing – The Midnight Club – that kind of turned you onto “balearic”? Is your dad a big music “head”?

Yeee, that’s about when I started collecting music and got caught in all these new sounds that I’d not heard before. Yeah, my dad loves the music. He used to sit me and my brother in front of his big speakers every morning when we were babies aha so yeah, we definitely always had a lot of music around growing up.

You’ve also mentioned that it was DJs / diggers such as Balearic Social’s Andy Pye who were playing records that caught your attention – such as Nu Guinea`s Howls. Were there any other records that inspired or influenced the sound / production of Warm Nights? Have you had any contact with the Nu Guinea guys?

Well I’m always on the look out for new interesting music to check out so I can’t remember exactly what I was listening to at the time I made those tracks, but I know over lockdown when recording the back end of Sounds From The Workshop I’d been listening to Abdallah Oumbadougou a lot, so I think that influence comes through on a few tracks like Eternal Return. Also, I’d got back into a lot of Tinariwen stuff so maybe that will come through on what ever comes out next. No contact with the Nu Guinea boys but wouldn’t say no to that. I still love everything they do so yeah, big one for me. I used to have the Mystic Jungle Qvisisana on heavy rotation when that came out and was back and forth with the Early Sounds boss, Pellegrino, and he definitely helped me with my progression when I first started out – giving me tips and points on work flow.

What are you enjoying listening to at the moment?

At the moment I’ve had a little break to be honest, as I’ve been busy busy on the boat, but I’m definitely ready to hear some album or tune to get obsessed with.

What equipment did you use to make the first LP?

For the first one I used a midi keyboard and Logic Pro, so about as little amount of gear that you could get away with.

How did you hook up with Soundway?

I sent Trip On New Shores to their demo submission email and it all rolled from there. So anyone reading this making tunes, don’t be shy and get emailing! I do think the level of obsession with definitely helped though because it was all I thought about everyday, every second, for there years straight, aha, new music, making music, and emailing it off for people to have an ear and hopefully get back with some guidance, or hoping that they dig it.

Were you surprised by the album`s success?

I don’t know how to answer that one as it’s not anything I’d been thinking about. I just like making music in my shed.

When the current crisis is over do you think there’s a possibility of playing this music live?

100%! Me and the lads got together for a decent amount of months over lockdown to get this new album tight as possible so we’re ready to go asap. That’s definitely the vision for this one.

You make music under a variety of aliases, and I know that you are trying to keep these aliases kind of anonymous and separate from what you do under your own name – why is that?

Well, there’s only two but I just wanted them to go down there own lanes. Saying that right now I think Expositions will be no longer. I’m moving into new inspirations where whatever I make will probably just come out under Reuben Vaun smith.

Is the new album – Sounds From Workshop – another solo affair? Are you open to the idea of musical collaborations?

This one features Sakura Murakami, LA Bell, and TF Lister on guitar, plus a TF Lister vocal  on Eurphoria – so definitely up for collaborations. I also wanted a track featuring Skinshape to make the album but it wasn’t ready in time so that’s still sat in the archive ready to see the light of day hopefully soon.

Are there any artists that you would like to work with?

Does the new album differ in any significant way from Warm Nights? Have you bought or used any new equipment?

It`s definitely different, which I’m sure you will hear when you listen to it, but gear wise it’s not too different, apart from more live percussion, guitar and I bought myself a Korg Micro Preset M-500, which sounds like a beast, so that’s in the mix too.

Has the lockdown period been creatively productive for you?

Yes, it’s all I’ve done everyday pretty much, so it’s helped a lot with my progression.

Prior to the pandemic were there any local parties that you enjoyed?

Cosmic Slop is always a good one in Leeds – so I’ll go with that! 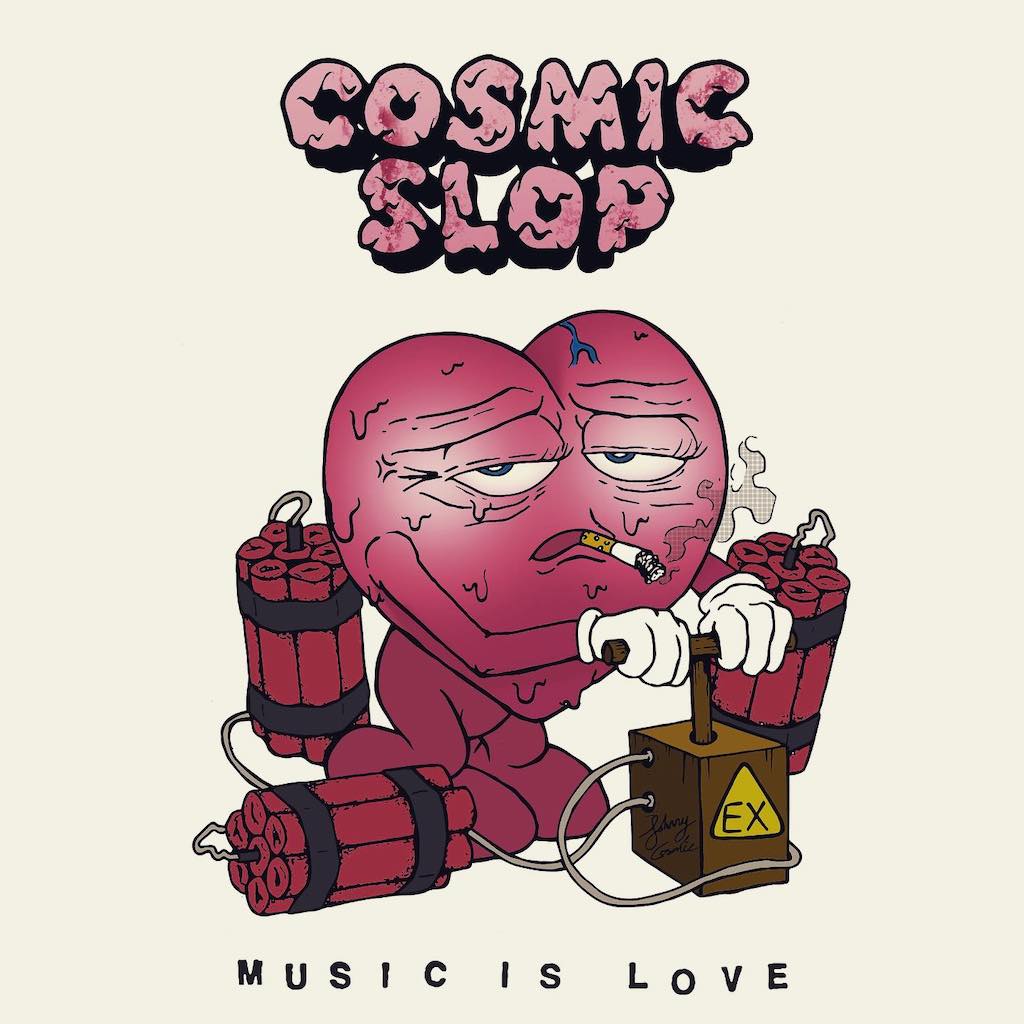 Are there any local artists, or DJs, that we should watch out for?

Watch out for Sakura Murakami’s new album on Boyoom at some point! All killer no filler – a cross bread between Peter Green, Khruangbin and Tommy Guerrero.

Are things beginning to open up again where you are?

It’s been fully normal here in Gibraltar pretty much since I got here in March which is great! I’ve almost forgotten that crazy year.

All being well what are your plans for the rest of the year?

Reuben Vaun Smith`s Sounds From The Workshop will be released digitally by Soundway on August 27th, while the vinyl will be ready about a month later. Full review to follow…