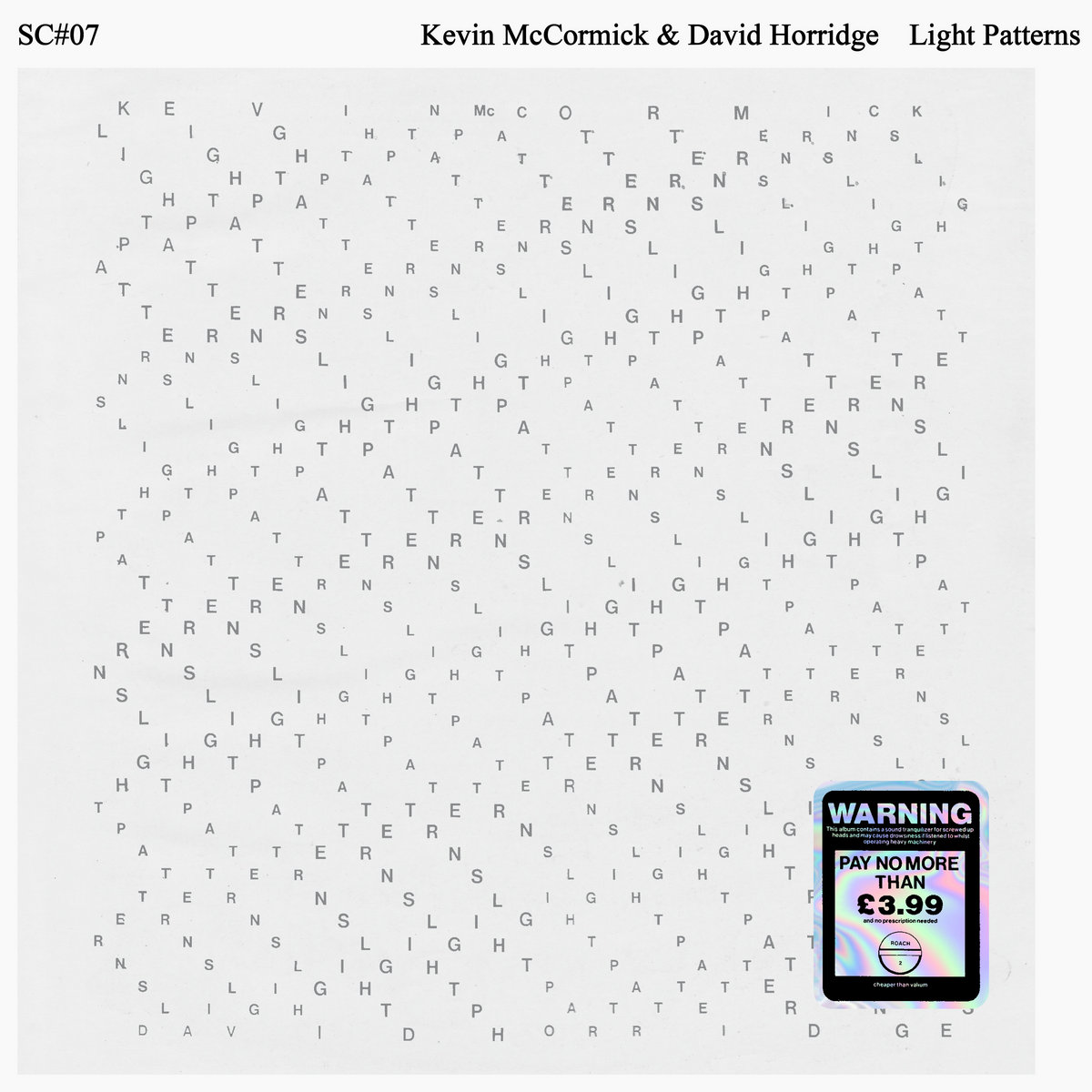 This is Mancunian post-punk of the rare polite kind. Mixed at Strawberry Studios, Martin Hannett`s hang-out, and somewhere you’d likely associate with A Certain Ratio`s taut, scratchy, funk. Instead Light Patterns consists largely, almost solely, of the near telepathic partnering of Kevin McCormick and David Horridge`s dual acoustic guitars. The pals, countering, complementing, one another. Their precise picking duetting in close harmony. Taking it in turns to be “the root”, while the other takes flight. Fine filigree detail balancing the strumming, the big, broad, “brush strokes”. The dexterity Spanish-sounding in places, while elsewhere tunings ring with a sitar-like buzz. Effect pedal treatments spin the sonics like gentle winds, blowing clouds across the album’s general blue-skied air. Again, its climate perhaps surprising since the pieces were composed in the “rainy city”. Weaving wary, shy, waltzes, raising hovering walls of echo and drone, but nothing as dramatically distorted as the chaotic overtones of local legends, Durutti Column`s Whammy Bar. Rhythms are tapped out on the instruments` wooden bodies. The clipped chords constructing fragile bed-sit bossa novas, accompanied by the intimate squeak of fingers sliding up and down strings. According to the press one-sheet, this mellow melding of genres draws inspiration from David Crosby, John Martyn, and Ralph Towner, but the results are far more jazz than folk.