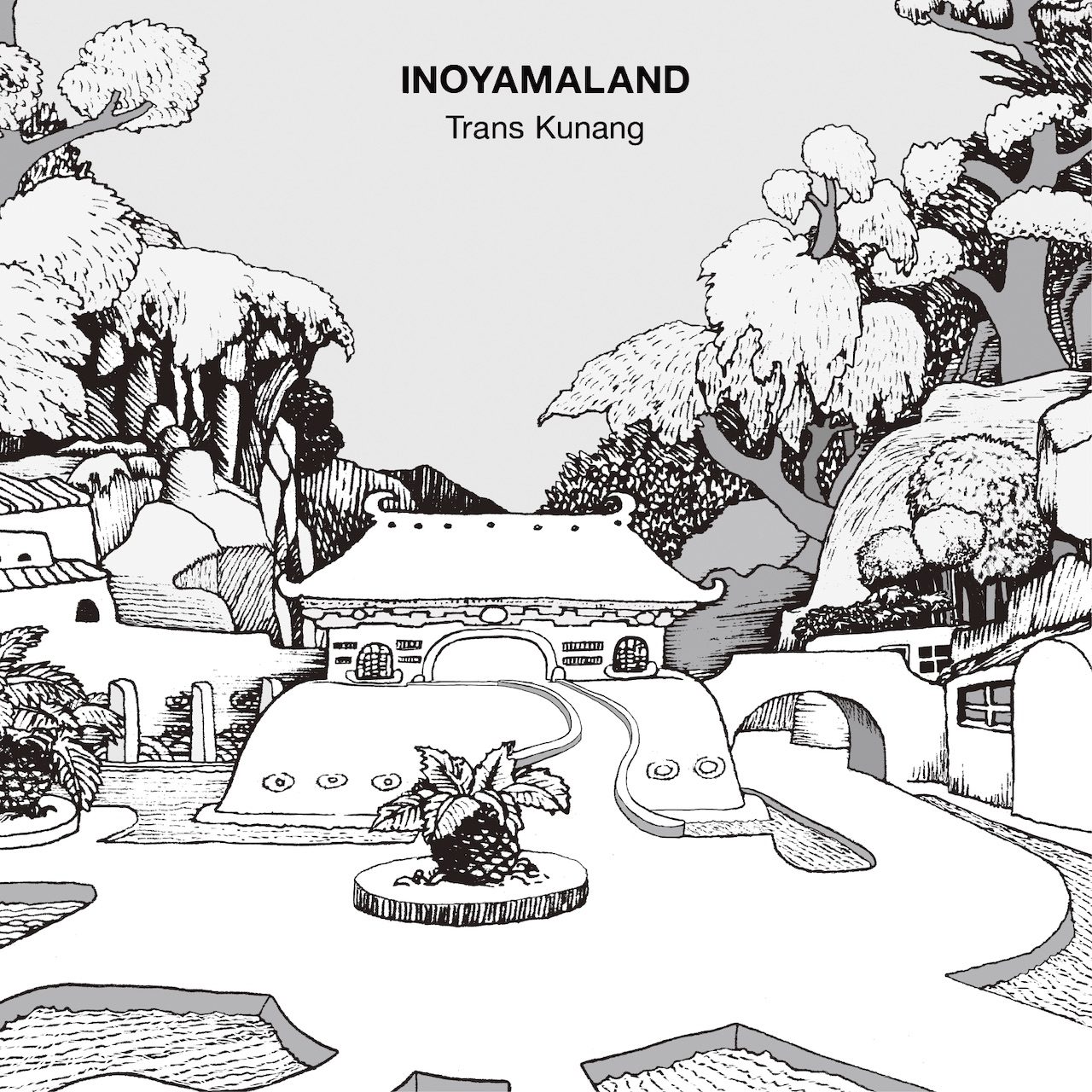 Trans Kunang, the brand new long-player, from veteran Japanese ambient adventurers, Inoyamaland, sounds like it could have been recorded any time in the last thirty years. The twelve-track collection largely adheres to the “Kankyo Ongaku” template that they – together with friends and fellow artists, such as Hiroshi Yoshimura and Satoshi Ashikawa – helped to create in the early to mid-1980s. The duo dovetail crystalline keys, and glittering, glistening, glass harp glissando, in evolving arrangements of electronic chimes and whistles. Countering simple soothing patterns, looped relaxing repeats, with rapid, rushing, rhythmic ripples. Synthesized strings and koto-like tones synergising symbiotically with sharp, taut, twisted sine waves. High frequency fellows, almost inaudible, and coincidently in tune with my tinnitus. These patient pieces, compositions, on the surface, only subject to slight change, are perhaps at their most serene, and sophisticated, on the closing, Suara Malam. Taken as a whole, it`s a terribly tasteful timeout from your everyday bustle. Highlights include the opening Twin Hornbills, which does indeed summon a scene, a landscape, a wide panoramic horizon, of wildlife in harmony – birds in flight against a cloudless blue sky – while the slo-mo bells of Billiard Tiger ring out a hushed, symphonic, Smokebelch-like whisper. The “outliers” take the shape of shifting IDM sorties. The title track is crisply beaten, recalling mellower Black Dog moments, such as the seminal, Shadehead. Dining Car, similarly peacefully pulsates like the beatless b-side of some `90s trance treasure.

I had the pleasure of witnessing Inoyamaland recreate the bulk of this album live, last Saturday, at the SEION event in Tokyo, hosted by the labels, Musicmine and WRWTFWW. They did so in a characteristically playful style. The entire afternoon and evening was pretty magical, but there was something very touching about watching these two friends improvise – something they’ve been doing together for forty years. Armed with only a keyboard apiece – one Casiotone, one Roland – Yamashita-san caused his controls to throw out curveballs, which Inoue-san would then catch, tame, and wrestle into recognizable works. Watching the pair, against a backdrop of bright, psychedelic lights, I was struck by how incredibly kosmische / Cluster it was.

The SEION event, which also features equally sublime, spellbinding sets from Chillax, Takashi Kokubo, and the amazing Ayane Shino, is available to stream – until December 11th – care of Musicmine.