Paraphrasing the Soul Sonic Force and sorting through today`s releases for tunes that could have graced Alfie & Leo`s Amnesia dance-floor. 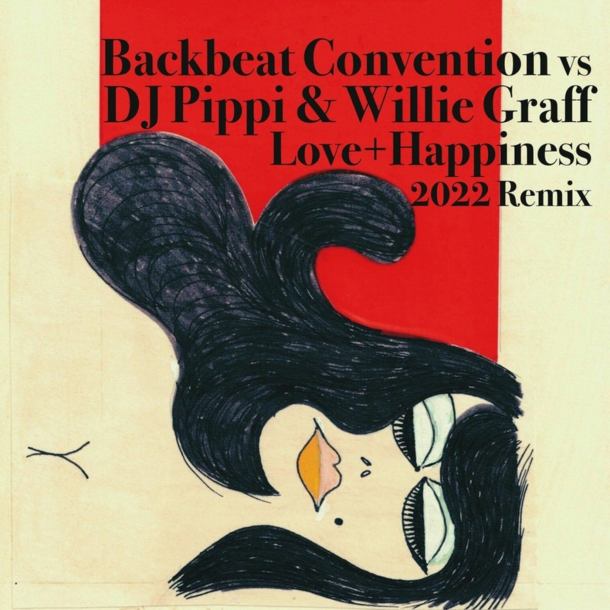 Produced in 1990, Backbeat`s Love & Happiness was just one of at least a dozen projects masterminded by Swedish dance dynamo, Morgan King. Originally released on the back-in-the-day very Balearic imprint BTECH, DJ Harvey recently championed and comp-ed it`s slo-mo, sleazy, disco classic sampling, Quartz Dub, for Mercury Rising. DJ Pippi & Willie Graff now remix the track for a digital reissue. Transforming it with live percussion – congas and calabashes – jazzy piano and vibes. Stretching the strings, and dragging the tune out of a strobe-lit basement / sex dungeon and into a new dawn and sunrise. There are flashes, fragments and samples from a few old familiar favourites, and the tone is still totally Movement 98 / Ibiza 90 – true to the moment that discerning dance-floors, for a second, slowed down.

Coyote / Baka Re-Rub / Is It Balearic?

There are a couple of cracking releases, forthcoming, from the Coyote / Is It Balearic? chaps. Not content with their recent long-player, licensed to NuNorthern Soul, they now have both a 12 and a 7 lined-up on their own imprint. Both sides of the 12 shake off any sunset spliff / cocktail vibes, and head straight for the heart of the dance-floor. Baka Re-Rub being a rework / remake of Jon Dasilva`s seminal “is that a sitar or a TB-303?” remix of The New Fast Automatic Daffodils` Big. A certified, homegrown, Hacienda classic. Ampo and Timm add some dub techno textures to the tabla and funky trap drumming, and pepper the proceedings with penny whistles. That`s partnered with the proto-progressive house of No Entry, which pairs IDM ambience with very large pianos, and sounds like something that Rampling would have spun on a Saturday evening radio, circa 1990, as I readied / steadied myself to paint the town garish. The 45, however, contains a duo of deep, bass-heavy, dubwise dives, chugging and trip hop tempo`d. Grown From Seed sets stoned sail on sci-fi strings. Stand Your Ground, grumbling and rumbling, is moodier, and ever so slightly acidic.

East-West are the latest act to be rescued from obscurity by Stuart “Chuggy” Leath`s revered London-based operation. Released in 1984, but only as a super limited 12” promo, Can’t Face The Night was one of the highlights of Naya Beat`s excellent recent compilation of South Asian dance music. However this Emotional reissue has 2 big bonuses. First up it features the original dub, which actually does it for me way over the vocal version. Shifting the song`s focus to the hypnotic sitar riff. Secondly, there`s a Disco Mix, masterminded by Chuggy and orchestrated by Dan Tyler, of The Idjut Boys. Combining the best bits of both takes, this is not simply an edit. The two break the tune down into its individual elements – big Bollywood strings, disco bass-line, frantic rhythm guitar, and `80s hip hop / electro drums – and bathe everything in echo (well, it is Dan Idjut after all). A large part of the track now sounds like a dangerously dubbed-out New York production – something like FK`s remix of Set The Tone`s Dance Sucker, with a little bit of Konk`s rattle. Tickled by tabla, and encouraged by hand-claps and congas, it really builds significant momentum over its 12-minute duration. If you`re looking for a one-liner, then it`s like a marriage of Mandy Smith and Jhalib.

Adelle First / Don’t Give Up / Kalita

Originally released in 1986, by South African label, Solid Records, the vocal mix is nice, but fairly standard, run-of-the-mill, synth-y pop disco. The Dub Mix however, doubles the track`s length – allowing the percussive rhythm to really flicker and ripple. Removing most of the song, where its honking was was previously confined to a super short solo, centre stage is now instead given to some soaring sax. 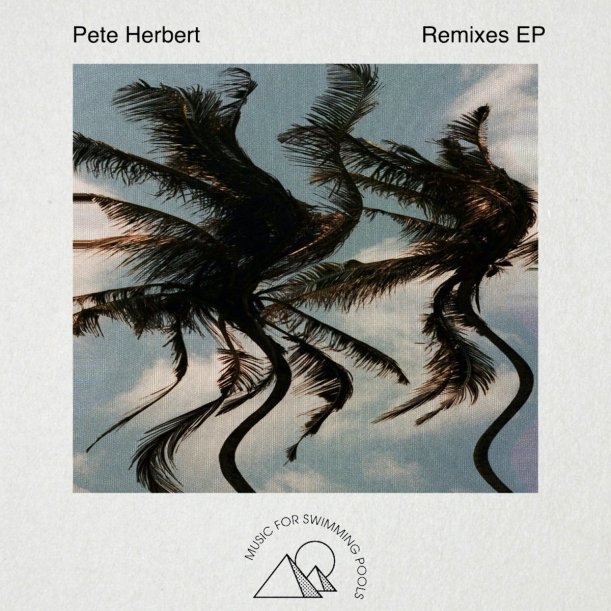 A fresh, pukka package of remixes and reworks from Pete Herbert`s Music For Swimming Pools. A selection of shiny, sleek, slick, polished mirrorball makeovers that take in Field Of Dreams` chunky electro-funk, and Justin Deighton & Leo Zero`s blissed-out, loved-up, bumping electro-boogie. Authentic homage is paid to classic arpeggiated `80s Italo. Pianos bang out riffs from house anthems. Shape-shifting bass-lines synergise with deft disco drum-programming. Cowbells go crazy, things tilt toward the tropics, and there are flickering fragments of funky guitar and organ. Mellow Cat`s Accelerate is transformed into a carnival samba – with plenty of whistles and pretty vibes runs. The Emperor Machine off-shoot, The Gino Fontaine have the electronically-enhanced cosmic rock of their Revnorev spiked with acid. A definite for fans of fellow travellers, Faze Action.

Totally in thrall to `90 Italian house, Nick J. Smith, turns out some terrific, superior, tributes / updates on his second E.P. as Lone Saxon. Sugared with samples from yesteryears dance-floor hits, and cramming collaged beats into its 4  /4s, a la King For A Day’s Kick That Rhythm, stick this on and you’ll be dancing to sexy Sueno Latino sighs and ringers for Flavio Vecchi`s Ethos Mama dubs. Frugging amongst field-recorded beach scenes, the excited shouts of folks at play, and sly, subtle acid peaks. These are 4 tracks of happy house music, awash with wistful woodwinds and whistles, panpipes, plaintive, introspective pianos, and faux jazz sax honking, in a respectful nod to Alex Lee`s Take It. 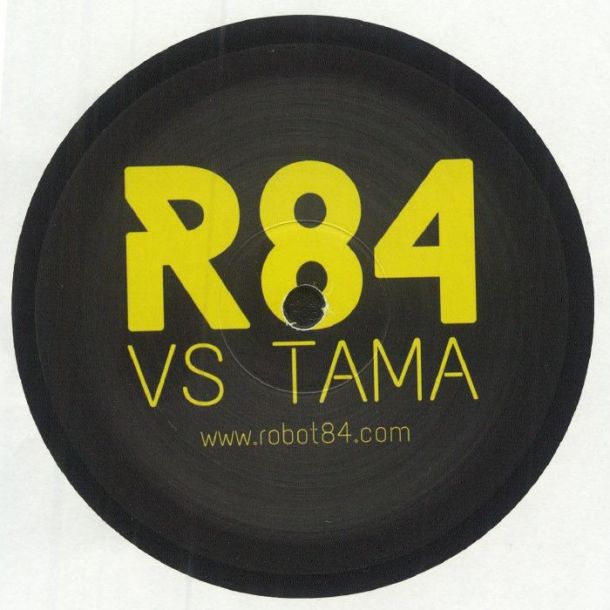 Scott Ferguson, aka Robot 84, flashes back to `88, and the “on one” house sounds of Shoom and The Trip. Producing some old school Chicago pounding – smashing snares and filtered high-hats – that`s softened, made more pop, by some sing-along Mory Kante samples. It`s b-line perhaps a vamp on FPI Project`s Rich In Paradise. “I`ll bass you.”

George “T” Thomson is an Edinburgh born and bred DJ / producer who’s been making house music for over 20 years. Employing multiple aliases – Demure George, Funktion Tracks, Plastic Avengers, Shutterbug… for just as many labels. Famous in the city for running the Tribal Funktion parties, and working at the counter of record shop, Underground Solushn, here George turns his hand to some dynamite digidub. Sparse, and dark, the rhythm – somewhere between bogle and samba – accompanies a prose poem. George describing a train journey from the coast, through countryside, toward the smoke, in a manner that recalls Michael Smith and Joe Duggan. Jarv Is` Swanky Modes remixed by Dennis Bovell. A melodica adding memories of The Sabres Of Paradise, and Wilmot`s last skank. Percussion elegantly echoed, like whispers in its shadows.

There`s a dub, a ruder rub, resembling stripped-back, hollowed-out house. Full of treated coiled spring sound effects, tambourine breakdowns, and boasting a big phased, fuzzy, buzzing bottom-end. While not due until November, both have been on loop at Ban Ban Ton Ton`s mountain HQ. 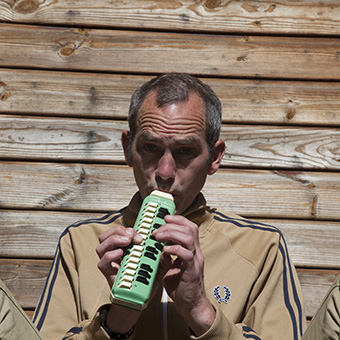 Summer Vee – Key To All Your Love

Adelle First – Don’t Give Up (Dub)

Gold Suite – On My Horizon