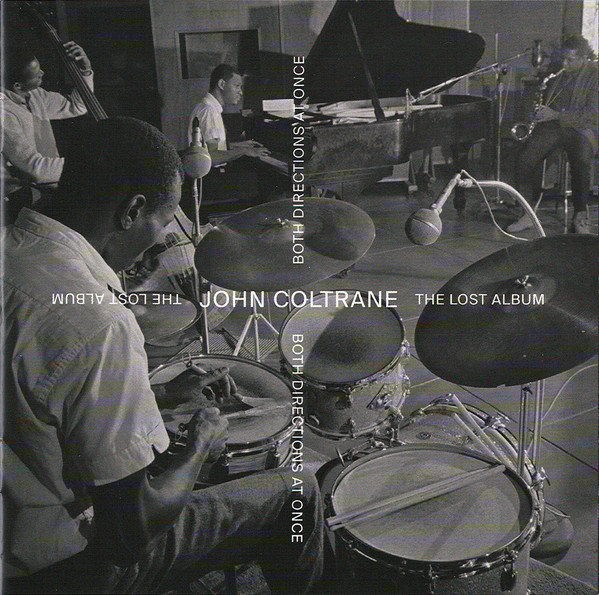 As far as this month`s “new” old music is concerned, the biggie, of course, is the release of John Coltrane`s lost album. A session taped on March 6th, 1963, titled Both Directions At Once. A soundbite referencing a quip made by Coltrane, to Wayne Shorter. Describing his playing as “starting a sentence in the middle, and then going to the beginning, and to the end, at the same time.” Which is spot on for the way, here, he riffs on standards, pulling them this way and that, jumping between ideas. His compass moving north, east, south, west, sometimes mid-note. Switching between soprano and tenor. Arriving at originals in flights as fast as thought. Impressions, extrapolated from Miles` So What, being a fine example. But, as Ashley Kahn`s brilliant accompanying copy explains, the title also refers to Coltrane both seeking to maintain his “popular” audience, while feeding his need to experiment. 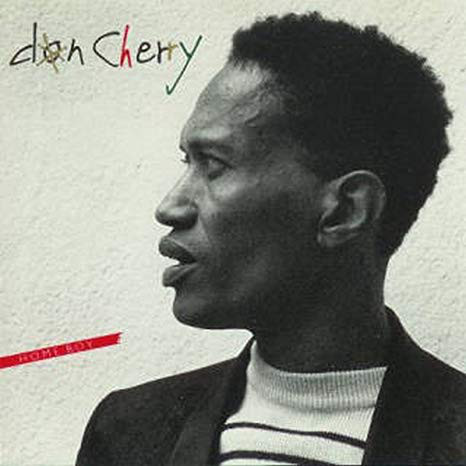 Don Cherry was also never one to sit still, and I`ve included an instrumental outtake from his Sister Out Home Boy. Part of the expanded reissue put together by Wewantsounds. Eschewing Don`s dalliance with Rap (imagine Lee Perry or George Clinton vamping on Kip Hanrahan`s hip jive), and just letting him blow. 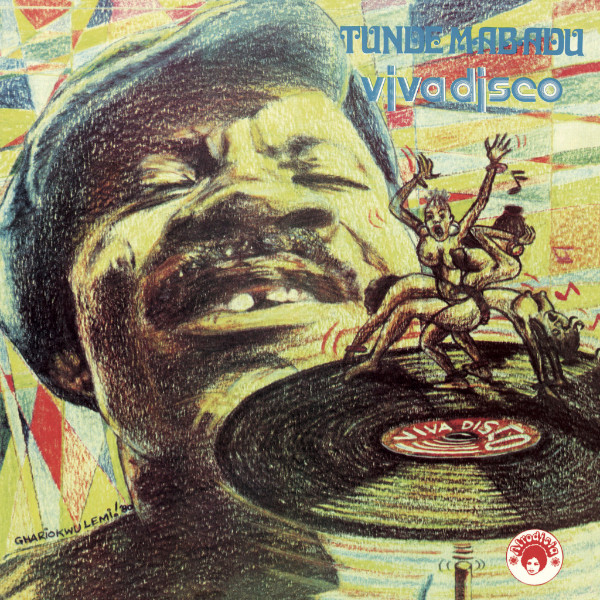 Tunde Mabadu`s African Parowo, on Mr Bongo, is Jazz masquerading as Disco. Where a nagging, repetitive guitar line sets up a Shina Williams-like groove. Horns punching in and out, before hitting their solos.

If you want standards, then Japan`s Oldays have an AA-sided 45 from the Don Cunningham Quartet. Flute, shouts, shrieks, and timbales combine on a storming Latin dancer of a version of Arthur Lyman`s Exotica classic, Tabu. Lifted from Harry Belafonte / Johnny Mathis side-man, Don`s 1965 LP, Something For Everyone. On the flip the quartet ransack Martin Denny`s Quiet Village.

Does a Prince tune count as a “standard”? Well it does in my book, and I`ve become a tad obsessed with Bob Beldon`s cover of The Question Of U. Taken from Wargram`s Prince In Jazz collection. Beldon and vocalist Holy Cole`s torch song reading of the Rock ballad, emphasising its beauty, and the lasting melancholy of the purple one taken too soon. I`m also a big fan of Heath Brandon`s acoustic reprise of Little Red Corvette. 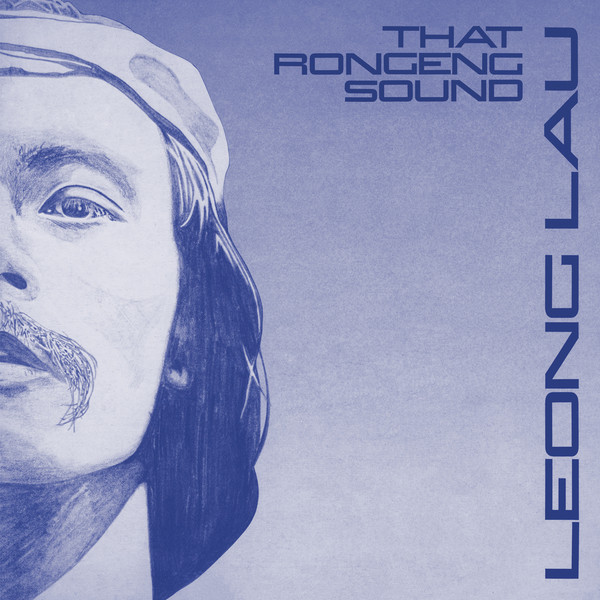 There is nothing standard about “Dragon Man” Leong Lau`s That Rongeng Sound. Originally privately pressed in 1977 (on Leong`s Sunscape Records), the album was the debut release for Left Ear Records back in 2014. Who`ve now had it remastered. Eight fusions of Jazz and Rock, whose closest comparisons might be Brian Auger and Weldon Irvine. At their most eccentric. Taking its name from a courtship dance of Java, Malay and Sumatra (Lau being of Malay descent), it`s smokey, live-sounding, Funk. Moog, sax, and woodwinds. Poetry, written in the light of the morning after, sung / spoken. I wanna say “stoned”, but it`s far too tight for that. Let`s leave it at “laidback”. 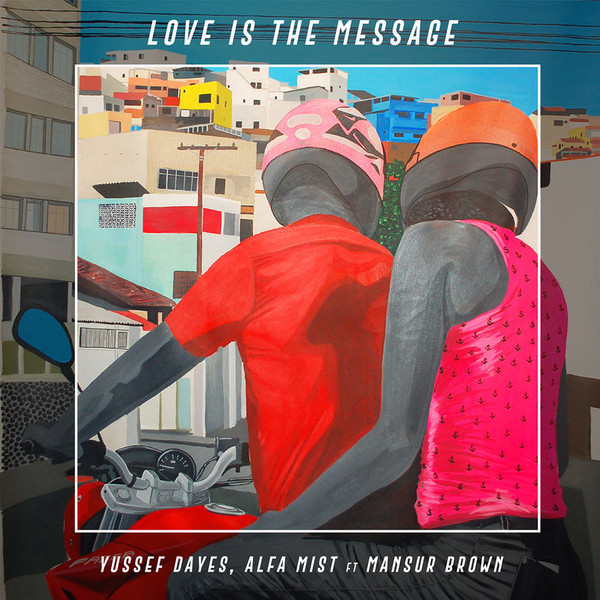 The “laidback” vibe of Leong Lau flows through “new new” music from Yussef Dayes. Yussef`s first solo release (after wowing with Black Focus as one half of Yussef Kamaal) is titled Love Is The Message, on his own Cashmere Thoughts. A track born out of “healing”, treehouse jams, experienced during a trip to Brazil. Yussef`s drumming underpinning gentle keys, uplifting synths – from Alfa Mist, and amazing fretwork from Triforce`s Mansur Brown. Building to an incredible solo. Brown and Triforce were the highlight, for me, from Brownswood`s We Out Here. The Message is paired by, Blacked Out. A piano mediation. A dream-like reverie, riding Drum & Bass-inspired rolls. 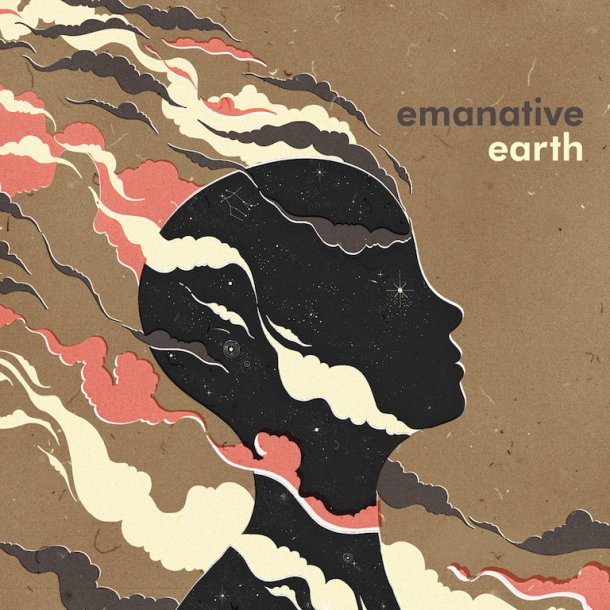 Earth`s mantras and prayers – poems to our blue planet and Sun – providing a cool breeze calm, in antidote to any heatwave that might currently have you melting. Its lumbering, loose, Funk takes cues from Sun Ra. “Constellations mapping civilisations”. Electro-metronomes keeping time. Bass boom resonating. While free skronks and honks have Lester Bowie`s Brass Fantasy on Mop Mop`s Isle Of Magic. Spice Route Suite drifts in opiated delay. Guitar feedback ringing. Egosystem is a Collocuter-esque Noir. Reflection, an echo of No Wave New York. Jean-Michel Basquiat and James Chance finger-snapping, and swinging, at The Mudd Club. Before locking into a more “straight ahead” Jazz roar.

Staying with drummers, Mop Mop`s Andrea Benini`s solo, Drumphilia Vol. 1, to quote Don Cunningham, has “something for everyone”. Dub moments. Balearic chuggers. His marimba on Paramour, lapping lazily, like waves against the shore. While stickman, Antonio Feola, lends his name to the funkiest workout on Hampshire & Foat`s Library Music long-player, Nightshade. Supplying a live battery that doubles for something (DJ) Shadow might have edited together. 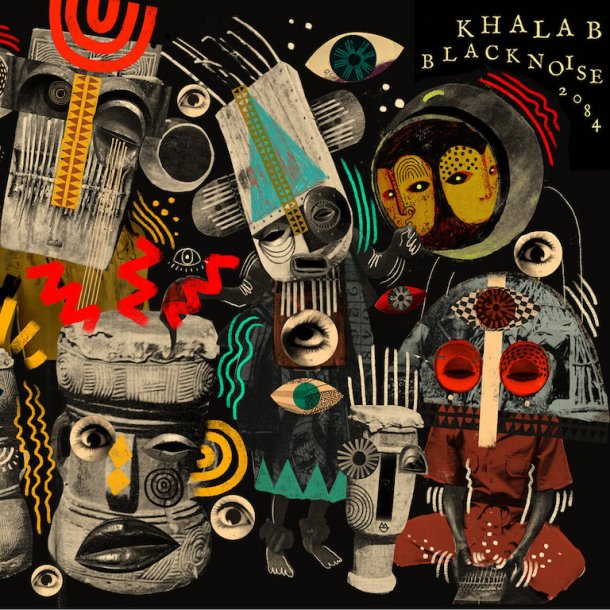 The biggie, however, for “new new” music is Khalab`s Black Noise 2084.

Where traditional percussion and chants bounce off an invisible energy. A Techno, reduced to magnetic hum. The force of poles pushing apart. The rumble of Panther Moderns prowling an urban midnight. A dystopian RIGHT NOW caught in its strobes. Machines midi`d to artillery triggers, making a global / universal music. 21st Century rituals awash with ancient song. Much of it suffused with dread, and a sense of threat. Impending revolution. A world on the brink. All of it urgent. Unrelenting.

Yaka Muziek could be a super rude edit of label-mate Makadem`s Nyako. Kalimba, kora, and fragmented acoustics. Sublime frequencies, metallic, banging, crashing. Chiming, and clanking. Fierce vocals juxtaposed with gentle melody. On the titular Black Noise, Tenesha The Wordsmith`s rap recalls both Mike Ladd`s Feb 2, `99, and Saul Williams` Penny For A Thought. With its allusions to chains, and the material traps we continue to fall for. Zaire is ON-U Sound`s headcharge set to furious Footwork. A “Psychedelic Africa”, yes, but also a commentary on an information-loaded reality. Cultures, futures, and heritage, jump-cutting, like our ADHD net hopping and surfing. Like the soundtrack observed on a run through any city. Disparate sonics from myriad sources synergising into a deceptively dense NEW. Reflecting the dervish dance of our daily lives. Possibly the most relevant / important record of the year so far.

Khalab – Black Noise – On The Corner

Bob Beldon & Holly Cole – The Question Of U – Wargram

Khalab – Dawn – On The Corner