It`s mainly new music again this month. There are a few bits that I’ve already covered: Greg Foat`s Symphonie Pacifique on Strut – I think I must have played every track off the album now, either in a mix or on the radio; Soma World’s Want This on Adventures In Paradise – Katie and Michelle from the label provided some musical background in a great interview earlier this week; and Karel Arbus & Eiji Takamatsu`s Quiet Facility, on Jansen Jardin – which trust me is a real “grower”.

Karel and Eiji call Japan home – Eiji is actually a “neighbour” of mine out here amongst the mountains and volcanos – so staying Nippon – but taking a swerve into the city, Hell Yeah! have a E.P. of remixes from Tokyo`s Captain of chill out, Fukagawa Kiyotaka AKA Calm. Kiyotaka-san tackles Deadbundy`s Lorenz, but it`s his rework of his brother, Kenkou`s Everlasting Dreams which really stands out. Stretching the track to 11 minutes, with subtle oscillations, Spanish guitar and pinpoint placement of classical piano. It somehow manages to sound even more balearic when the beat kicks in at 6` 30”. A good one for moving from sunset-watching to out on the floor.

Another veteran Japanese DJ / producer with new music all set to go is Kaoru Inoue. As Chari Chari, he has around 2 hours worth of material coming on an album titled, We Hear The Last Decades Dreaming / Music For Requiem Ritual, care of Portugal’s Groovement. Scheduled for release at the end of the month, I’m gonna give it a “stand alone” review a little later – but there are couple of cuts of a balearic bent, that I should mention now…The cowbell and timbale-tastic Black Shrine is a beast of cuica squeak and big carnival surdo. Its 303 b-line bowing and bulging beneath acid jazz brass stabs, chitlin circuit funky organ fills, and gospel-inspired shouts of secular ecstasy. The assembled congregation all clapping along. Uluwatu Monkey Dance mixes marimba and Middle-Eastern melodies at a steady 100 BPM chug.

Not Japanese, but like Karl and Eiji, another resident here is Samuel Bruce. Sam has two E.P.s ready under two different aliases. The first as Mallorquin (i.e. someone born in Mallorca and therefore by default, balearic), on Sam’s own Palms & Charms, features the crackling kosmische funk of In The Last Place On Earth. Its snapping snares, and phased cabasa – which delivers detuned sort of steel pan sequences – are subsequently smoothed over by California’s Beat Broker, Ryan Bishop. His Dream Dub being a choppy conga-ed coastal cruise, sunset / sunrise beach-side boogie, of synthetic sighs for summer breezes. 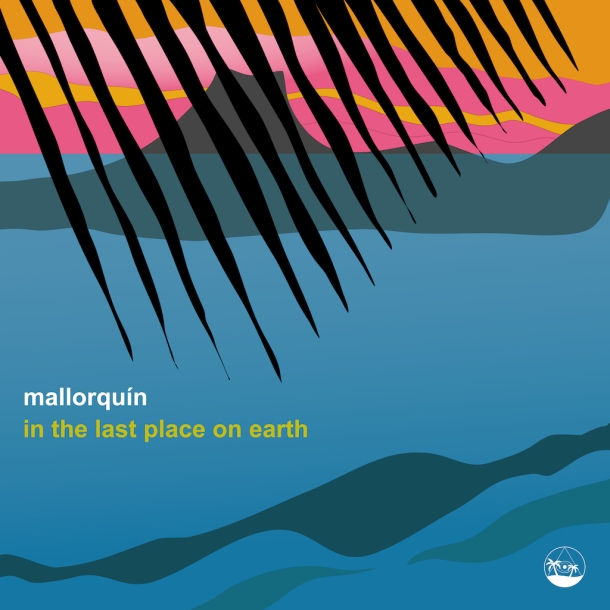 As Canebrake, Sam connects with Grant Williams` Eclectics, for the Ocio De Hoy E.P. The vinyl, via a Qrates funder, will contain a pair of originals and 2 corresponding reworks. The pounding Contento de Saber could be Northend`s Tees Happy sped up and bashed with a Chapman Stick. Electric hog b-line growling and its 6-strings jazzily clipped. The track is tamed a tad by Clandestino`s Joe Morris, who strips it back to delayed Chicago beats while feeding loon birds, marimba and party whistles though trippy gates. Borne Upriver borrows John Martyn`s Echoplex to throw dubbed-out axe fragments over some electric funk. James Bright then fixes it to a more regular 4 / 4 and gives it a late `80s acid tune-up. Pitching it somewhere between Jamie Principle`s Cold World and Paul Rutherford`s Get Real. Understated piano providing a path through the swirl of its emotional swells. 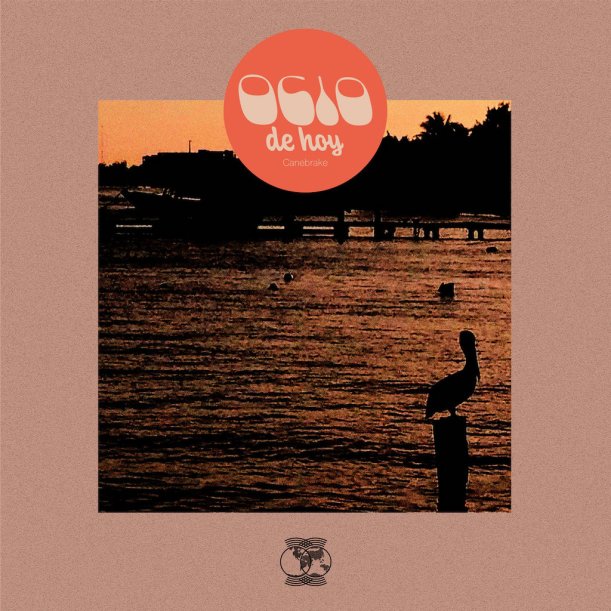 Also on an  tripping second summer of love revisited tip is Confidence Man’s remix of The Orielles` Bobbi`s Second World on Heavenly Recordings. A follow-up to Wrongtom`s deceptively rushing dig-dub rhumba rendering of the quintet’s Space Samba.The quintet`s​ Australian label-mates set them jacking, gently at first, and then not so gently as the gear – funky frequencies and frantic fractals – kicks in. The party buoyed and bubbling a little like ACR`s all too groovy Good Together or something Shoom-tastic by The Beat Masters. Leo Mas, Fabrice and A Man Called Adam`s Sally Rodgers` This Unspoken Love (Questo Amore Segreto), due on Music For Dreams late August, is a further flashback to `89.

Taking a slightly different barefoot bop through your head is Tim Loughman AKA Basic Mind, on his Rhizome Rhythms for Perth’s Good Company Records. I mean don’t get me wrong Tim`s got a 303 and he ain`t afraid to use it – check Body Of Water which buzzes like a dosed update of Ability II`s rave, and Loft, classic Pressure – but all 4 of the tracks on the E.P. also employ flickering stuttered vocals, psyche spectres – recalling the rituals of rave shamen, Holy Ghost Inc. Dancers that are break-laden and disorientating in the same way as The Word, and Mad Monks On Zinc, were. Random phonetics looped and locked. Subliminal whispers woven in and around propulsive four to the floors. A house that’s deep but also banging. On Spectrum`s bottomless sub-bass and sonar blips has being high at Andrew Weatherall`s Bloodsugar written all over it. 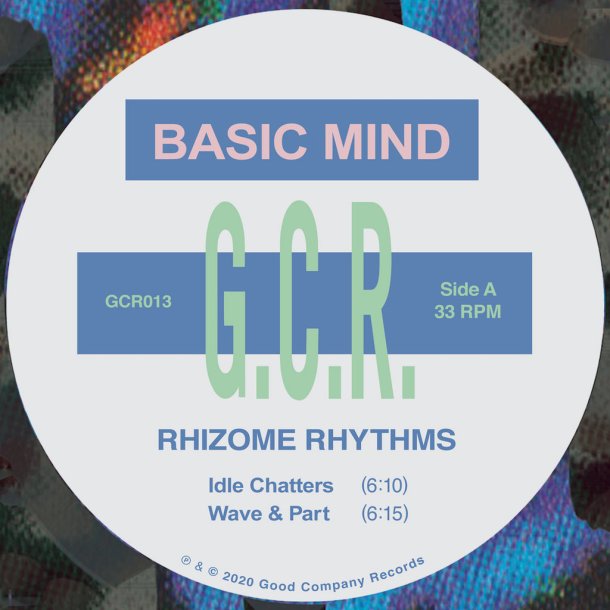 Daisy Glow`s Theme From Daisy Glow also borrows something from the bass-heavy UK bleep of Ability II, plus the Blow-Out dub of Landlord`s I Like It, and partners those influences with the early `90s NYC house of Musto & Bones and the Northcott label – stuff like say Revelation`s First Power. Taken from Daisy Glow`s 1993 Give At All E.P., originally released on San Franciscan label, ZoeMagik, this has been picked up by Re:Warm. By the sounds of the press one-sheet`s references to full moon parties and Golden Gate park, this is music  inspired by, and intended to be played at the legendary Wicked raves, hosted by Thomas Bullock, Garth, Jeno, and Markie Mark. The three collected tracks are psychedelic sample collages, carefully crafted with love. The titular one like Marshall Jefferson’s The Truth opening Sade`s eyes while they sit with Craig Craig – under a tree – as time goes by, marches on.

Acid Coco aren’t “acid” or “rave” at all. Their Yo Bailo Sola, on El Palmas Music, is instead a chunk of “Chancha Via Circuita” computerized Columbian cumbia – champeta and tambor – wrapped in a bass heavy roll.

Equally percussive is an impressively accomplished E.P. from the mysterious Imaginaria, out of Portugal. State Of Mind is a slow bongo tide. Art Of Noise`s Camilla serenaded by a sultry sax. Vento Caldo is a song to the seasons. Acoustic guitar, glissando, marimba, and spare, sparse piano keys set to fluttering, fluctuating electro events. The sort of avant-pop that Music From Memory usually share. Tres Reyes en Toledo is a triumph of tribal drums, woodwinds, and spiritual chants. Brazilian Trip is a batucada for sure. Stopping and starting like Jin Go Low Bah meets a street samba school. Handclaps, massed choral vocals. Whistles blowing. Triangle, timbales, cowbells, everything bashed energetically.

Slowing those festival rhythms down to a slapped and fretless bass-ed bounce, we jump from Porto to Rio, for Serginho Meriti`s 1981 debut, Bons Momentos, lovingly restored and reissued by the terrific Time Capsule. Eight compositions of complex counterpoint arrangements for woodwinds, reeds and horns. Seductive, smooth as syrup slow dances of wah-wah licked, acoustic strummed, romance, and Jorge Ben-like sing-along pop funk grooves. Fusion that riffs on big band standards, and steals synthesized disco strings when it wants a boogie. But camouflaged by this sonic sunshine are lyrics that speak of the everyday struggle of the city’s black youth. An ongoing fight for equality in a land built on slavery. The package features a high quality essay from compiler Dom Harding, which really needs to be read by anyone and everyone who doesn’t know of Brazil’s “secret” history.

There`s a touch of Brazlian rhyme and Ivan Lins-esque sophisticated swing on NuNorthern Soul`s compilation focused on the output of Mallorquin virtuoso, Joan Bibiloni. Selected Works 1982 To 1989 pulls together 5 essentials from the guitarist, who grew up in the artistic milieu centred around the poet, and author, Robert Graves, and his island home, Canallun, in the isolated island village of Deia. An experience that had Bibiloni witness the birth of Soft Machine, and learn his chops, coming up through prog – contributing to sides by Daevid Allen, Kevin Ayers and Gong. His own music mixes in flamenco influences from the Spanish mainland and those from North Africa, Algeria and Morocco. Creating a fluid fusion of tradition, folk, musics, and jazz. Basses are slapped, or fretless. Songs are wordless scats of blue seas and matching horizons. Pat Metheny, and Jaco Pastorious-like, in places, his incredible playing is evident throughout. El Cumpleaños de Jaimito is boogie that bumps like Lee Ritenour jamming with Kasso and Yuji Toriyama, while conversely, Alfonsina Y El Mar is a shimmering, intricate, ambient, microtone mirage. Once again the release includes some really nice sleeve notes, this time detailing the bohemian hippie heritage of Deia.

Certainly not hippies, and not strictly bohemians, but most definitely balearic, are the Happy Mondays. Ewan Pearson`s remix of their hedonistic hooligan hymn, Hallelujah, pays tribute to fallen heroes and heroines – Anthony H. Wilson, Andrew Weatherall, Martin Hannett, and Kirsty MacColl – and takes the Mancunian moochers on at their own game – “refreshing” them with a large spike of LSD.

Daisy Glow – Give It All – Re Warm

As Time Goes By