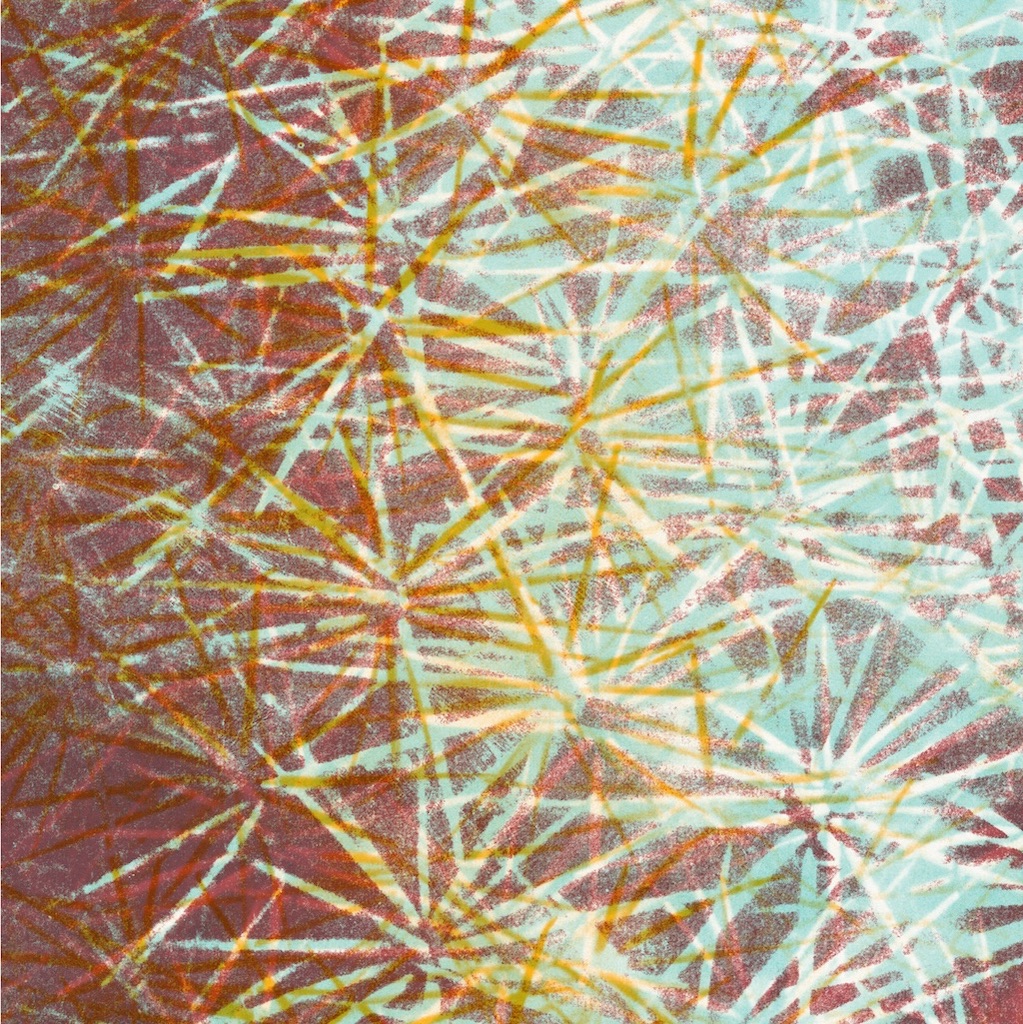 In the last month, largely unfanfared due to the lockdown, Canadian label Seance Centre have released 3 LPs that form a trilogy of sorts. Initially conceived as a reissue label, SC – much like their German counterpart, The Growing Bin – have moved to focus more and more on new music. These 3 recent albums are a case in point. Musically they are different, but listening to all 3 in succession, in any order, is like having an aural idea, a baton, being passed around. They are all records that rely on electronics, the processing of synthesized and “found” sounds. They are all sonically speaking, the children of Jon Hassell. All use their gear to create self-contained landscapes. Away from time and geography. Virtual 4th worlds of the imagination. Lars Bartkuhn and Jan Henning`s First Minute Of A New Day might the most accessible, so I guess a good place to start. Harnessing skills honed during decades spent producing techno, house and drum and bass the duo have assembled a series of acoustic piano driven atmospheres. Their modular and digital set ups transform the more traditional instruments into a simmering heat haze. A fizz of machines looped into “organic” spirituals. Improvisations of modal, bending bass undulations, warm, rising triumphant cinematic swells and taut chiming guitar. Pensive, patient Zen structures, coloured by a collaboration with Laraaji`s phased zither, and sometimes made to surf a shuffling dance beat. Off-kilter rhythms that mimic the rush of a fresh water stream – as it charges, unstoppable, eddying in tiny whirlpools about obstacles that attempt to interfere with its flow. It`s as if Keith Jarrett`s Koln Concert were Fitzcarraldo-style shifted up river, to a rendezvous with Kurtz and his heart of darkness. Descending into a dream-like drift of tinkling ivories, talking drum and gamelan gong – a slow tragic tango – before moving upwards and onwards towards the light.

Museum Of No Art is the recorded component of a concept conceived by Vienna-based artist Mona Steinwidder. Where an empty museum is a space full of possibility. To be filled with whatever takes your fancy – which on this occasion happens to be a suite of highly evolved electronics. Oscillations that ape ancient trance ceremonies. A bubbling primordial sentient singularity soup. The press release cites Laurie Anderson as a touchstone, and she’s definitely in there, with nods especially to O Superman and the spoken word prose poems of say White Lily.

Of this triptych Phil Struck`s Schleswig-Holstein Aufnahmen is the most abstract, avant, experimental. Relying as it does, more heavily, on field recordings. An aural diary, the album documents Struck`s hikes through the North German lowlands of its title. And as such there are significant stretches of near silence. This is a deep listening exercise. Best appreciated loud, or in a sensory deprivation tank. Not a wall of sound, but more an opaque window. Where its sources are still “visible”, audible, but blurred, “bokeh”, and muted. The dense, layered sonic designs – like a music of amplified pins dropping – exploded so as to appear alien. Transdimensional transmissions of a whirring of unfamiliar, unknown nanotech, resembling at times Christian Fennesz` rich glitch*. Sampled flea-market vinyl features throughout and conjures the crackle of inclement weather. Storms in there somewhere, in a kind of Kankyo Ongaku for an extreme rather than a serene environment. Its minimal keys interrupted by random emissions. Bliss broken by backwards passages, creaks, and squeaks. The thunderclap crash of somnambulant drums. Mapping a lapping of uneven tides. But for all the static, the album untlimately feels like a calm reached, having traveled through Hassell`s bush of ghosts, and out the other side. Sommertage, for me, is the standout. Its sleepy exotica, a sly piece of psychedelia, which mixes a strange string loop, with the omnipresent bell-like sonorities and didgeridoo-like drones to hypnotic effect.

You can order physical copies of all three of these releases directly from Seance Centre, or Bandcamp.

*Listening to Schleswig-Holstein Aufnahmen I was actually reminded of something that Fatcat`s Lee Grainge once played me – a composition he was working on constructed solely from sounds he’d recorded while making a chocolate cake. I think it later got a release on a Smallfish split 7.