London`s Jazz scene seemed to spin off in all directions, like fireworks, from the spark that was Brownswood`s We Out Here. The artists featured releasing solo discs, and / or collaborating with an ever expanding “Worldwide” family of similarly talented, and like-minded folks. Fusions of Afrocentric keys, Brazilian rhyme, Electric Maloya, Highlife guitar, and 21st Century Funk. A music “re-inventing itself, staying relevant”. Joe Armon-Jones had Starting Today. Kokoroko`s debut E.P. is imminent. Maisha, led by drummer Jake Long, set the city’s tribal heart pumping. The players taking it in turns to force the pace. Long tapping out magic. In unison, raising a truly wonderful racket unto the creator.

Nubya Garcia guested with “everyone”, on flute, and saxophone, including Melbourne`s Harvey Sutherland. Amethyst, on Sutherland`s Clarity Recordings, “joined the dots” between (John) Coltrane and (Carl) Craig. Pharoah Sanders and Mad Mike. Mansur Brown featured on the flip, I Can See, and the superlative guitarist also had his own solo first shot, Shiroi, out on Black Focus. Sounding like The Durutti Column riding Footwork rhythms. Dropped into sub-bass.

Brown also continued to work with genius sticksman, Yussef Dayes. Dayes` Love Is The Message, slipped out digitally on his own Cashmere Thoughts. Then if you were bloody quick, there was a 12 with Vinyl Factory (repress please). Brown`s Metallic “shredding” – microtone symphonies of impossible, hammered-on harmonics – pulling in comparisons with Joe Satriani and John Frusciante.

Still in London, the circle of friends centered on the 22a imprint, formed the “22achestra” to back label-founder, Tenderlonious, on The Shakedown. The product of an eight-hour, Abbey Road jam. Tenderlonious then guested with Polish septet, EABS, for a tribute to legendary soundtrack composer, Krzysztof Komeda.

Capital institution in the making, On The Corner, unleashed Khalab`s Black Noise 2084. 180 grams of sonic Sci-Fi, that I`m not sure was Jazz. Instead, a colossal, psychedelic African, robot, that referenced decades of soundsystem soundclashes, and made like a chase down a metropolitan thoroughfare. Music coming from all sides, left, right, above and below, in a cultural collision of ancestral chants, Techno, and battle beat poetry. A shout out to our globalized,  information-saturated now.

Nick Woodmansey`s Emanative released Earth on Jazzman. Drum-based poems to our blue planet, that reached for a unified utopia. Also on Jazzman was Nat Birchall`s Cosmic Language. The seasoned saxophonist soloing against the mantra-like drone of an Indian harmonium, on an album dedicated to “The Man From Varanasi”, master of the double-reeded shehnai, Ustad Bismillah Khan. Described by its maker as a “spiritual cleanser”.

Another Brownswood release, one of their “Bubblers”, alerted me to Puma Blue. Up-pricking my ears, making music, if The Streets were Chet Baker, with the same London accent as Archy from King Krule – and sharing Archy`s translation of Swing through the anti-Punk, Post-Punk of Vic Godard and The Subway Sect. Updating the narratives of Colin MacInnes Absolute Beginners, a city of pea-soup-ers, and smokey basement dive bars, with sad Birth Of The Cool midnight blue Noir stories, of clipped chords, and vinyl crackle. Heart broken Torch songs sung in a voice-breaking, falsetto-stretching croon.

New York`s rough, and raw, Onyx Collective summoned the ghosts of Downtown `81, on their Lower East Suite Part Three, for Big Dada. Their passionate skronk stripping the paint from the walls of their Chinatown loft, with accompanying artwork by Julian Schnabel. 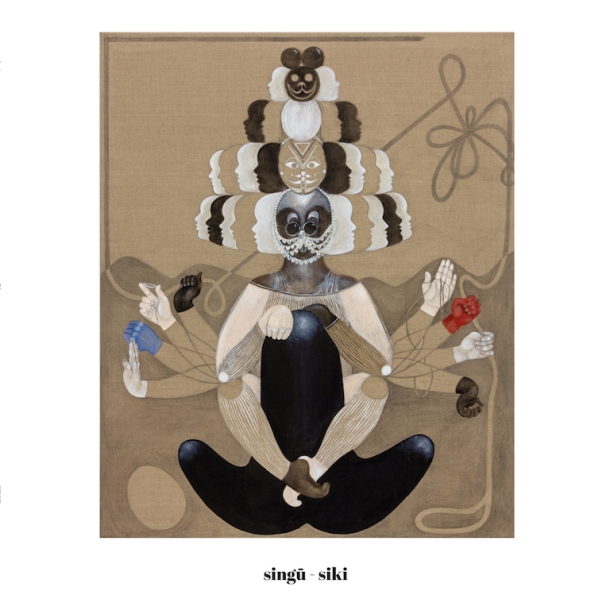 Japanese Jazz reissues abounded. I`ve already gone on about BBE`s amazing J Jazz: Deep Modern Jazz From Japan 1969-1984, and their vinyl reactivation of works by Toru Aizawa, Koichi Matsukaze, and Takeo Moriyama. Reanimating soloists who dance through incredible scales, and exhausting free relays of circular breathing. But Be With Records also finally made Kimiko Kasai`s Butterly, recorded with Herbie Hancock, available to the outside world.

In addition, Be With had The Deidre Wilson Tabac`s LP, from 1969, which includes the Jazz Dance classic, I Can`t Keep From Crying Sometimes. Other Jazz Dance / Jazz Juice favourites – Alice Babs` Been To Canaan, Judy Roberts` Never Was Love, Clarence Wheeler’s Doin` What I Wanna – could be purchased as 45s from Dynamite Cuts. Racing Fusion, and root down, right on!, tambourine-tapping organ grinders. Hits from the days of Talking Loud at Dingwalls. While I personally Hoover-ed up any of the Latin and Boogaloo I could find on Japanese reissue label, Oldays. Pete Rodriguez` bragging and boasting. Joe Bataan covering Curtis Mayfield. Don Cunnigham Quartet`s Exotica. Orchestra Harlow`s Flower Power Psyche. The thousand fingers of Sabu Martinez. More floor-fillers could be found on Colin Curtis` Jazz Dance Fusion, for Dave Lee`s Z Records. A collection of winners from the 70s catalogue of New York label, Muse, that featured timeless moments, such as Brazilian master percussionist, Dom Um Romao`s Ponteio.

Sticking with Brazil, Far Out Recordings raided the Rio vaults of Roberto Quartin, for Victor Assis Brasil`s Esperanto. A snapshot from the Summer of 1970.

Not from Brazil, but borrowing the country’s characteristic harmonies was Parisian bassist, Henri Texier. Long championed by Basso, of The Growing Bin, Texier`s first two albums, Amir and Varech, were repressed by JMS. Growing Bin themselves, along with unleashing the free freak outs of the aforementioned Singu, rescued the privately pressed German Jazz-Funk of Señora. Germany also brought Fluchtweg Madagaskar, from Ströer Duo, Hans-Peter and Ernst. The brothers` music was introduced to the Balearic crowd, via their inclusion on Music From Memory’s Uneven Paths, but this reissue from 1982, by Dark Entries, mixed up haunting ambience, and funky Fusion.

Another European entry came from Red Light Records-affiliated label, South Of North, who pressed up the bedroom recordings of Ronald Langestraat. Searching selected standouts from the Amsterdam-based musicians 4-track archive. Samba-ing savant-like, with Moodymann grooves, and Daniel Johnston-esque lyrics. From the other side of our sphere, something else that could be described as “eccentric”, was Leong Lau`s That Rongeng Sound, on Australia`s Left Ear Records. Super-laidback Jazz, and Rock, that took its title from a Javanese courtship ritual.

There are, of course, none more eccentric than the mighty Sun Ra. While his work gets reissued at such a rate that I certainly can’t keep up with what’s legit and what`s not, Strut and Art Yard dusted-off Of Abstract Dreams. A radio reel from sometime between 1974 and 75, that unmasked the batman, with the intention of transporting you to an imaginary Island In The Sun. Fellow Jazz giant, John Coltrane, also had archival work see the light of day, the “lost album”, Both Directions At Once. Experimenting, riffing on standards, switching between soprano and tenor, jumping on new ideas, in flights fast as thought.

Mancunian trumpeter Matthew Halsall had his tribute to Alice Coltrane repressed. One of the amazing pieces (Falling Water is my favourite) from When The World Was One, on Halsall`s own Gondwana Records. Asana and Dhyana, for drums, piano, harp, koto, and upright bass.

But the big news in British Jazz reissues was Jazzman’s five LP box set, The Complete Lansdowne Recordings, of The Don Rendell / Ian Carr Quintet. A prize that was twenty years in the making, which sold out over here in Japan, even on pre-order, in a blink.

*Over the new year “break” I ran through all the Jazz releases I received (Thank You!), and purchased last year. I ended up with six hours of music, which will be broadcast, at some point, on FM Karuizawa. Until then, here are a couple of samplers….