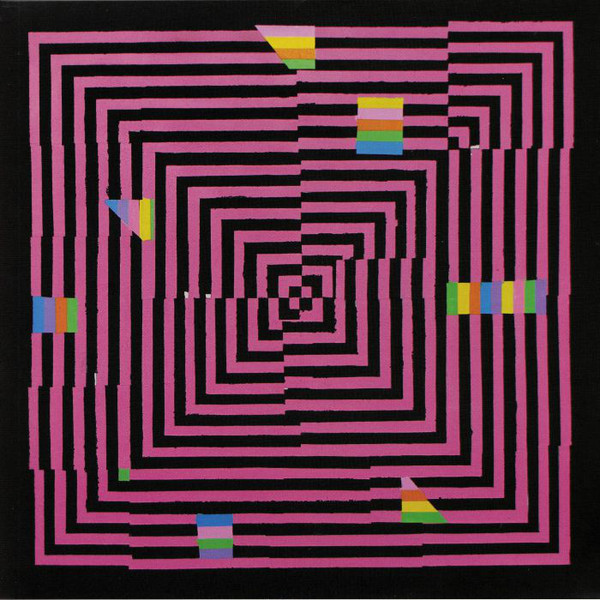 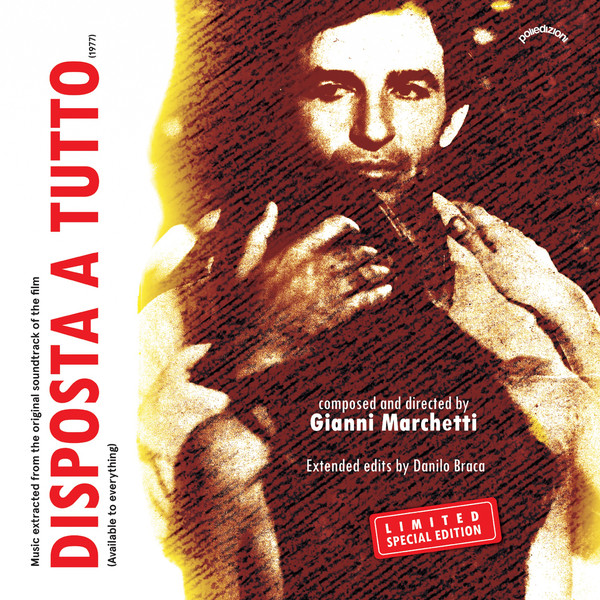 Italian label Poliedizioni have an E.P. of soundtrack edits in the shops. The originals are the work of composer Gianni Marchetti, while Danilo Braca AKA danyb handles the “ReVisions”. Three tracks have been lifted from Marchetti`s score to the 1977 “skin flick” Disposta a Tutto (Ready For Everything), and two of them caught my ear. Free Pop is a slow – 85BPM – looped stamping stomper. A sleazy glam boogie. Braca teasing with flashes of funky clav, before slicing up a sax solo. Eventually letting it all hang out and strut its bad self. Trying to “deep listen” I thought I heard a harmonica in there, honking Stone Fox Chase echoes. But that could be my marbles / imagination playing up. The far mellower Tromba In Chiave d`Amour is a muted horn serenade – kinda Francis Lai / Jean Pierre Mirouze – licked by sexploitation wah-wah, and seduced by swooning strings. Danilo extends it through a bit of phased studio trickery.

Signore Braca also contributes to the new Music For Dreams compilation, ME Ibiza. A two CD collection of highlights selected from the Danish imprint / institution in collaboration with the ME Hotel, located in Santa Eularia, on the East coast of Ibiza. The comp serves to celebrate / promote the sunset sessions – curated by MFD`s Kenneth Bager – that take place in the hotel’s rooftop bar. The twenty-seven tracks showcase pretty much the whole of the label`s current roster, including Ban Ban Ton Ton favourites The Beloved, Copenema, Jacob Gurevitsch (remixed by danyb), and Nordso & Theill. There`s also a new tune from Ambala, the musical partnership of Phil Mison and Thomas Schulz. Sergio`s Theme finds them downplaying their usual house-y kick and going in for what must be a Pat Metheny tribute. Featuring some damn fine fretwork from Jonas Krag, it comes on like a slightly beef-ier ECM classic.

Phil Mison, in his Cantoma guise, turns in one of the highlights on Blank & Jones` Sunset Sessions 3. I’ve already gone on about Leo Mas & Fabrice`s White Isla mix of So Eivissa, but Phil`s take on Days Gone By is also very worthy your attention. A subtle shot of dreamy dub-disco / slo-mo house, its gentle piano and arpeggiated sequences slinkily shimmy their way to a Spanish guitar sundown showdown. The E.P. also features The Swan And The Lake`s epic Rave ambience, Cassara`s boogie take on Feel Like Making Love, and KLar & PF `s electro-soul upgrade of Grown Minds. Blank & Jones themselves remix Afterlife’s Clear Blue Sky. Turning in a breathy bossa nova in the mode of Cantoma, or Lexx. Its Brazilian-influenced rhyme having Smoke City’s Underwater Love trade-in its mermaid`s tail and walk a secluded shoreline. 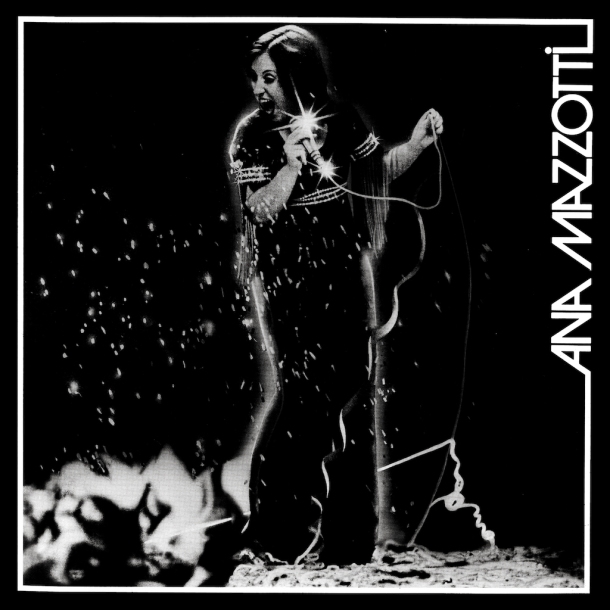 Sticking with Brazil, and something I should have covered months back when it was actually released. My apologies – and excuses* – go out to compiler Augusto Olivani and Hello Sailor Recordings head-honcho, Renata Do Valle, but Street Soul Brasil (1987 – 1995) is brilliant. A companion in a way to Onda De Amor (Synthesized Brazilian Hits That Never Were 1984-94), which was put together by Augusto`s Selvagem partner, Millos Kaiser, for Soundway last year. This is still pop but each selection bears the over-riding influence of Soul II Soul. Everything boasting a funky break, “a thumping bass for a loving race”, and punctuated by orchestral Def Mix strings. A template pioneered by Bristol`s Massive Attack and Smith & Mighty, but made a chart-topping recipe by Jazzie B`s Funki Dreds.

Scantily clad trios sing odes to the sweetest taboo amidst Art Of Noise pianos, cool & breezy jazz guitar, digital lovers rock b-lines and mellow 303 wobbles. Whispers promise sexual healing. Bobby Womack gets hijacked. Politically-charged raps mix with “erection section” “charms”, all born of the black music parties, hosted by Sao Paulo crews, Kaskatas and Chic Show. In his super sleeve notes Augusto name checks Loose Ends and The S.O.S Band as possible sources of inspiration. For additional sonic reference, I`ll add the post-house funk productions of Italy’s LTJ, for Calypso, and also the early 1990s output of Acid Jazz. The comp dances between 90 and 100 BPM, so for the old Balearic bods among you there’ll be intense flashbacks of Paul Oakenfold`s Movement 98, and shuffling about under camouflage netting at Limelight.

*Copies seemed to take a while to reach Japan, and when they did they sold out overnight, then when I finally found one a few weeks back, school schedules meant I couldn’t get pen to paper, fingers to keys.

Speaking of Movement 98. Max Essa`s remixes of Private Agenda could also slot right in there. Part of the duo’s The Space Between Swells package on Lo Recordings Max` mixes extend the blissed-out La Isla Blanca pop of Aura and set it to a sunset shake. Giving the track`s elements room to breathe. Retaining the ringing synth refrain and the 80s teen heartthrob vocal. Adding bongos, Cocteau Twins-esque guitar, and blowing the bass-line up to Only Love Can Break Your Heart proportions. On the same E.P. Mark Barrott tackles Sea Life. Again taking the three-four minute original out to over ten. Beginning with a cicada chorus and a half-speed drum break, in spin sleepy keys and guitar strings that sing like whales. Songs of the deep. Everything rotating in gradually coalescing orbits. Coming together like a kind of ambient wild pitch. Think Holy Ghost`s seminal Walk On Air, or Kay Suzuki`s Afrobuddha the morning after the night before.

Mark also contributes to the next set of remixes taken from Calm’s By Your Side, on Hell Yeah! Radically reinterpreting the New Age Kosmische of Space Is My Place. Cascades of metallic raindrop percussion countering its new 4 / 4 bounce. Its technoid bow-down-mister-hari-hari krishna beat fleshed out by piano, sitar, and fancy fanfares of ancient reeds.

Only Love Can Break Your Heart