Two balearic beats proper – in that you would have heard their like at Future or Spectrum – come in the form of Golden Fleece`s I Love U2, on Magic Bird, and Durul Gence`s Black Cat on Finders Keepers. Both hark back to the rock-ier 88 / 89 sets of Nancy Noise and Roger “The Hippie” Beard. The Golden Fleece track – nothing to do with Bono or The Edge – invoking The Stone Roses, say Waterfall, and The Trogs. A wild thing of garage rock riffing. Like 60s psychedelia meets Happy Mondays` x-dealing street urchins. While Turkish percussionist Durul Gence bangs out some electric Bo Diddley-isms a la Roger favourites, Chocolate Watch Band`s Gone And Passes By, Fleetwood Mac`s Oh Well, or Andwella`s Loft classic, Hold On To Your Mind. Paladin`s Third World rap.

Moving on to the music of the early 90s – that which was balearic-by-design rather than by accident, Optima and Selva Discos` Brasingles reach volume 4 with Taciana`s Tudo Faz Sentido. Dating from 1995, this is my favourite from the series so far. Taciana Barros being a muse – “counselor supreme” – of Yugoslavian-relocated-to-Sao-Paolo producer, Mitar Subotić. Subotić recording under the aliases of Rex Illusivi, and in this case, Suba. His extended mix is kind of everything-including-the-kitchen-sink – featuring acidic squelches, funky piano, pedal steel slide, Ray Manzarek Vox Continental, trippy keyboard sequences, and a mid-tempo breakbeat.But its very classily done. Recalling William Orbit`s Strange Cargo, it’d go nicely with the recent Musique Pour La Danse reissue of Coil`s The Gay Man’s Guide To Safer Sex.

Islandman light out in a likeminded 90 to 100BPM landscape, on their Kaybola LP, released by Music For Dreams. Though swapping the 90s IDM references for heavy doses of dub. Where phrases of traditional sounding chants, horns, and stringed-things are twisted, phased and echoed. Campfire strum-a-long, sing-a-longs segue into stretches of dub calm, Hari Krishna mantras and belly-dancing b-lines. Serge Gainsbourg-like narration mixes with more ambient moments, washed by surf and politely picked guitar. On Sem Voce, a collaboration with label mates Copenema and DJ Pippi, the six strings ring somewhere between an Ennio Morricone Spaghetti Western theme and a rock and roll rumble – blasted by brass fanfares. Most of the album features snaking, Middle-Eastern Psyche solos. Having you traveling / tripping between Cairo, Tehran, and Istanbul.

Dennis Kane & Darshan Jesrani`s Siren remix of Cantoma`s Kasoto, on Phil Mison`s Highwood Recordings also seems to have been transported to a Turkish bazaar. Where the original`s West African, Gambian, strings have been fuzzed-up while crossing the Bosphorus. The bass coming on like The Clash rocking a Saudi Arabian qasaba.

Veteran afro-cosmic DJ Daniele Mei, in his Meo guise, provides Alturas. Typically chugging electronics topped with Spanish guitar, whistling synths and rolling piano – lifted from Jose Manuel`s Magic Carpet compilation on Harmonie Exotic, but also about to be reissued as part of a 3-track 12 on Dualismo Sound. Mei must surely have been an influence on the Early Sounds / Periodica posse, and from their forthcoming hook-up  with Best Records Italy I’ve also included Afrodesia`s Deep Down In Zanzibar. Where classic italo riffs are adapted – instruments switched – and replayed as Naples pays tribute to East Africa.

Certainly afro but not really cosmic is Tom Blip`s team-up with Ugandan vocalist Swordman Kitala. Following up everyone`s favourite, Wrong Guanco, with the stop / start rhythm of Kitala Beat. With lyrics half English, half Luganda the result is a bit like a Jamaican DJ riding a machined grounation, all set with deadly subs.

Not afro but definitely cosmic, at least in its intentions is Andy Rantzen`s Harmonic Eye. One of two antipodean rave relics unearthed by Efficient Space. Rantzen`s tune is taken from his 1999 CD, The Blue Hour, and is a stomp of speak & spell touch tones – somewhere between Richard Norris and Dave Ball covering Lime`s On The Grid, and LFO`s LFO. On the flip of the 12, FSOM – Future Sound Of Melbourne – turn in Track 6. A techno charge of industrial clank, big twisted Basic Channel / Phylyps Track chords and a tumbling, filtered breakbeat – this time from 1993.

DMX Krew have 4 Motor City homages / retreads forthcoming on Peggy Gou`s GUDU imprint. House / techno with an electro edge, DXIOO, is reminiscent of R-Tyme`s R-Theme. A little Art Of Stalking clinging to the shadows of its classic Mayday / Transmat Rhythim (Is Rhythim). 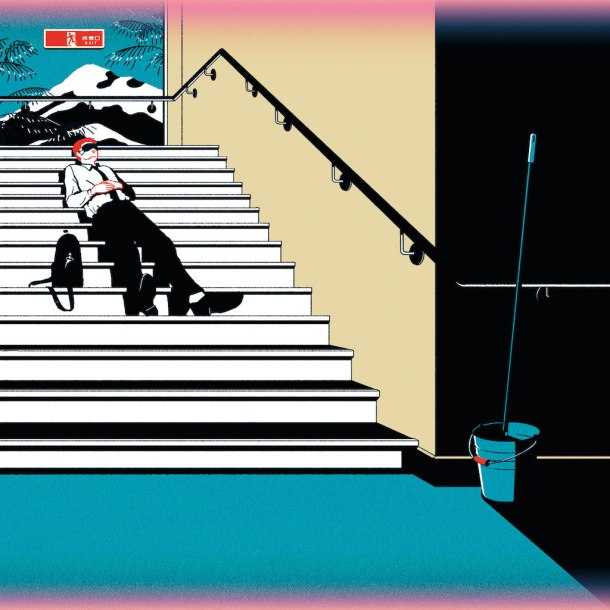 Tenderlonious also pays tribute to the innovators and pioneers of Chicago and Detroit, on his Think Twice E.P. on 22a. While Shinichiro Yokota swaps Ed’s damn fine flute for a shakuhachi, and shamisen on his remix of Manabu Nagayama & Masakazu Uehata`s Sora Sky Magic – from Sound Of Vast`s Ultimate Yokota.

Writing this now I can’t help but wonder if all house / techno is at least in part homage. Building on, but still referencing, its influences. Furious Frank, for Butter Sessions, focuses on the sounds of 1990s Italy. The pace-y original of Ahora Si! marries husky Mediterranean whispers to a tribal timpani, a TB-303 gurgling, clearing its throat – progressively more aggressively. Before the big piano goes off, and the synthetic strings hit. A Sunrise mix loses the 303 to concentrate on the piano. Barcelona-based IVAN adds bongos for something slightly less banging, but warmer. While the most radical remix comes from Vancouver`s D.Tiffany. Those whispers now above an electro break, a Miami bass bottom-end drop, and mixed with ambient rainforest chatter. No piano, but rejoined by the 303.