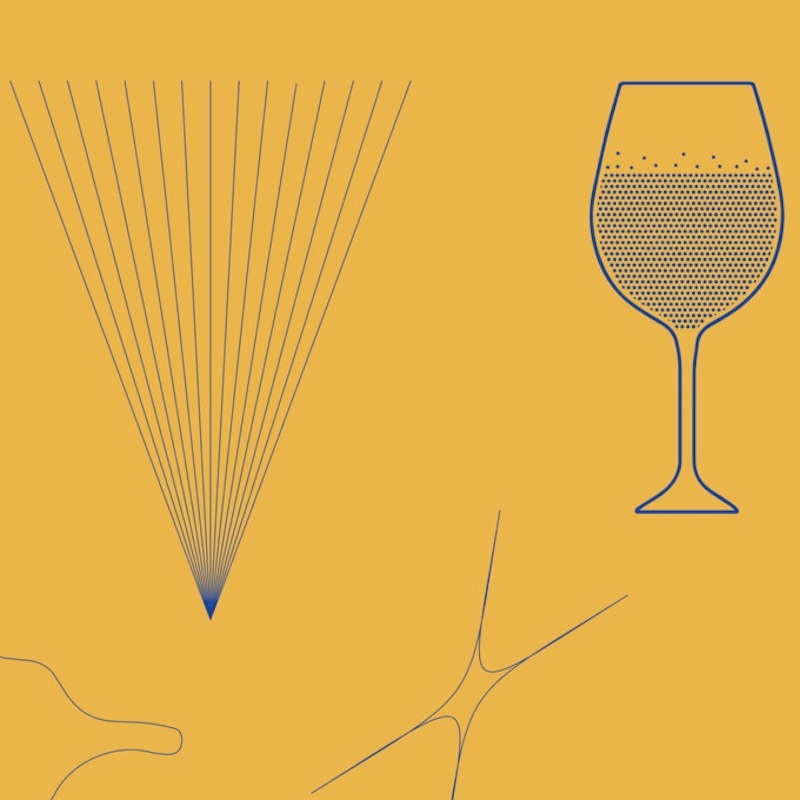 There’s a ton of great new music around of a more chilled nature. Some of this I`ve covered before, but the point of these Chocolate Milk things is that they’re supposed to be a round-up. To be honest, the plan was to have them at the start of the month – like a teaser of things to come – an editorial – but I just can’t seem to get my arse in gear. 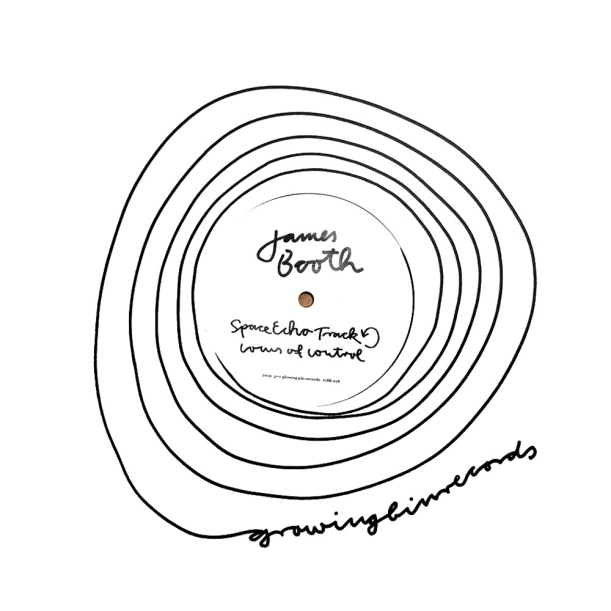 Wilson Tanner were also far more Electronic than last time out, for II, on Efficient Space.  Still sourcing sounds from their surroundings, but placing them in sparser settings. The press release cited a whole load of global influences, but the biggest one, to my ears, was Japan’s school of Kankyō Ongaku.

Someone else performing alchemy with field recordings was Young Marco. Whose Bahasa is the latest installment in Island Of The Gods Explorer Series. Creating a land of light from the found sounds of the Indonesian archipelago. The kind of “World Music”-informed New Age and Kosmische you would have caught Jose playing at the Cafe Del Mar. Back when the Eivissa sunset soundtrack was all Innovative Communications, and Jose was spinning while fixing cocktails.

From Jazz to Modern Classical, and Bartosz Kruczynski teamed up with saxophonist Agata Smedzik, to record a set of “BGM” for Warsaw`s Botanical Gardens. The results released by New York`s Mechanical Tapes. A fog of treated chimes like morning`s mist rising. Saxophones blowing between marimba tides. Its closest comparison on this list being the minimalist improvisations of Jonny and Gigi. 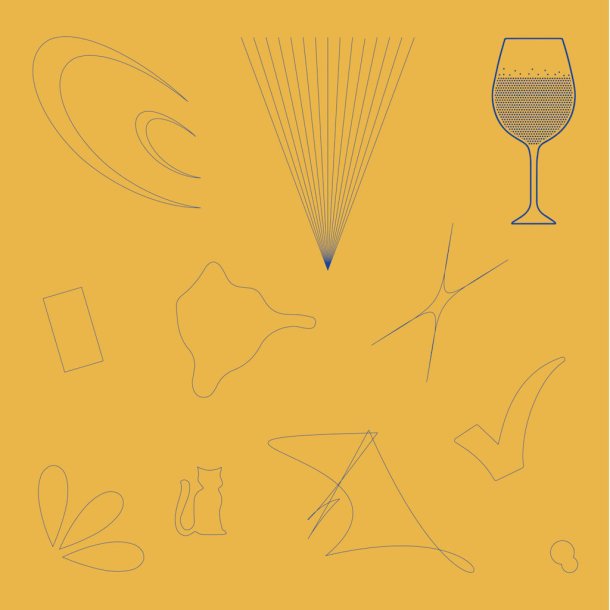 Into The Light`s second compilation of previously unreleased material from Dimitris Petasakis offers eight sometimes abstract atmospheres. On Shores is drawn from a palate of spiraling chimes – like the peal of church bells, theremin-like tones, and low-end drones. Traditional instruments. Strings that could be bowed guitar. Sampled wildlife, bullfrog belches, warthog grunts. A jungle of cicadas, bird and animal calls. Idiophone patterns and synthesized choirs. Heavy breathing a la Kraftwerk`s Tour De France. Slowed to the speed of sleep. Meditations and explorations of altered states and deep inner space.

Beat-driven bits could be found on Andres Y Xavi`s debut Vibrations Y Sentimientos. Which paid tribute to Midnight In A Perfect World-era DJ Shadow, and due to some pretty unique production skills ended up sounding like the sort of funky prog rock treasure people pay Danny Psychemagik a fortune for. One of the standouts, My Alibi, could also be purchased on the new Eclectics compilation.

Likewise Coastlines took cues from the past to arrive somewhere new. The musical partnership of Takumi Kaneko and Masanori Ikeda standing on the shoulders of Japanese Jazz giants to mould an album of modern Fusion for Flower Records. Steel pan sounds lending several of the tracks, such as Maracas Bay, a Caribbean feel. 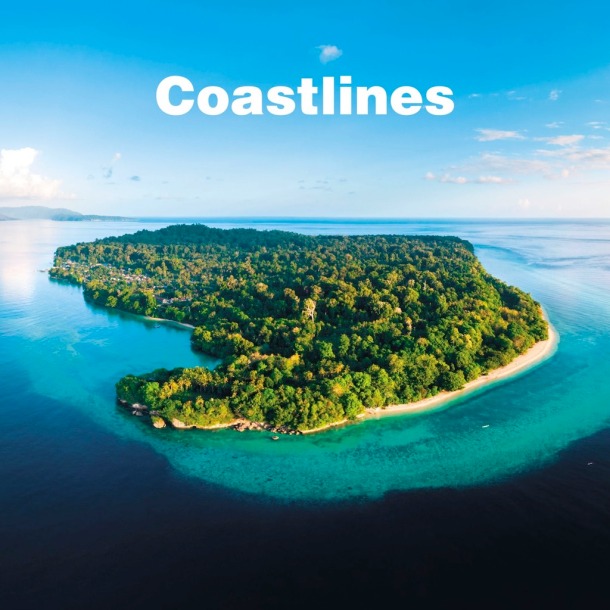 Similarly blown by a Tropical Trinidad breeze was Lexx` debut long-player, Cosmic Shift, on Phantom Island. Songs from it will be inescapable this summer. If you attend any discerning party on a beach, terrace or at sunset, you can guarantee you’ll hear Too Hot, or Eye 1-2. Or both. If you don’t, complain.

I’m not sure if Dennis Young’s Primitive Substance on Athens Of The North counts as new, or old. Since it collects some released and some archival material. However, am I sure that I’ve mentioned this record before, but it`s one of those gifts that keeps on giving. I`ve spun You Turn Me On, Safari Western, and the title track to audiences, and at two gigs recently I’ve also heard other folks play Tarzan Meets Jane and Forgiveness. This might end up being one of the records of the year.

Big reissues came from Emotional Rescue, Concentric Circles and ESP Institute. Neptuno showcased the sitar skills of Barcelona-based multi-instrumentalist, and Finis Africae cohort, Luis Paniagua. For The Moment compiled the eclectic, electric experiments of Bay Area-born, Japan-based, John Di Stefano. Vinyl digging, and DJing legend, New Yorker, Lovefingers unleashed the first volume of his hallowed Fingertracks. From which Dan Lacksman`s Electronic System were responsible for my own personal favourite. When the promo CD came on in the car, the LED simply read “Skylab”. Sounding so ahead of its time – it was recorded in 1974 – that I assumed it was something from the Matt Ducasse / Major Force  Mid-1990s Trip Hop / Ambient project of the same name.

One thing that’s not out yet is Mind Fair`s reissue of Quiet Force`s For Love And Emotions, due on Rogue Cat Resounds. The German duo were signed to Klaus Schulze`s aforementioned Innovative Communication in the late 80s. The new 12 features remixes by Apiento and Justin Strauss, that I`ll wax hopefully lyrically about in a bit. The original is somewhere between Art Of Noise and Dancing Fantasy. Smooth Jazz and samples. Sax and laughter.

Dimitris Petsetakis – Clearance – Into The Light

Young Marco – Temple On A Road – Island Of The Gods